Scandinavian Society Siam celebrated its 100 Year Anniversary in magnificent style on 5 March 2020 – exactly on the same day as Dansk Samfund Siam was established one hundred years ago in a completely different world.

The location was God’s gift to the organizers: The Glass House in old Nai Lert Park Heritage Home garden was perfect with its beautiful transparent structure surrounded by century old rain trees and willows. It was made possible with generous donations by key companies in the Nordic community. This was a once in a lifetime occasion and it should have been jumped upon by any Nordic person lucky enough to be in Thailand during this spring. But with only 100 participants, it appears that not everybody looked at it this way. Personally, I enjoyed meeting almost everybody that I had hoped to meet at this unique party – only a few were sadly not there for a variety of individually very reasonable reasons.

The menu was not extravagant but exquisite and to the point. There was a seafood starter. It was followed by the most tender duck breast that I have ever tasted. And for desert we had a crispy layered cake with raspberry compost in between. There were fancy names for it all on the menu card, but I forgot to pocket one. Wine and beer was free flowing. So was coffee throughout the night, which was very nice.

We heard a very informative speech by the Chairman Lasse Stalung, introduced by the cool MC Kim Alexandersen wearing a huge bowler with an extra wide brim that gave him the looks of a traditional Roman Catholic clergy. In his speech, Chairman Lasse took us on an entertaining journey through the 100 years and highlighted interesting facts he had stumbled upon in his research on the subject. See some of the slides below. 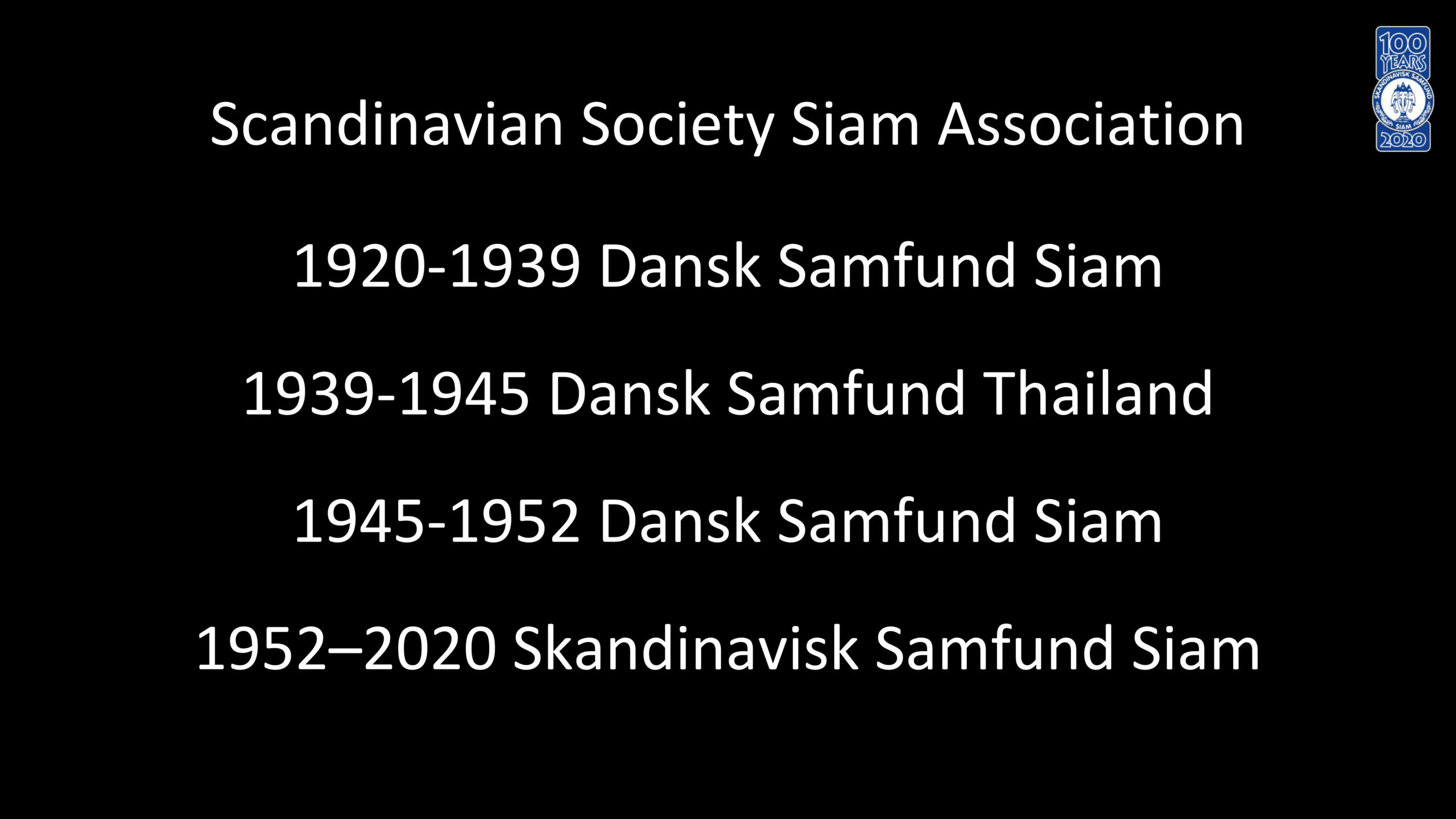 Who would have known, that the Society changed name three times?! Maybe we should consider changing it a fifth time to something that doesn’t abbreviate to SSS, which has always sent shivers down my spine. How about “…..”? (Please add your suggestion in the comment box below.)

We also heard an entertaining speech by past Chairman Tom Sorensen, whose talent as a party speaker is legendary – and he didn’t fail us this time either. Somewhere in the middle, the party broke down during the distribution of door prized, as is usually the case. Now, we have another hundred years before the next grand anniversary to learn how to handle this. We were all, however, jolted back into attention with the solo performance of the amazing Adrian Angelico, the Norwegian mezzo-soprano whom I had had the pleasure of sitting at the same table with, seated next to his childhood friend, the Norwegian Author Anne Marie Stamnestrø.

On stage, Adrian’s pleasant and distinct conversational voice suddenly exploded into the evening’s greatest thrills, his rich voice effortlessly filling the hall at whatever dynamic without a microphone. Amazing, if only too short. Back at the table, I – by the way – finally got the explanation why he spoke so flawlessly Danish. As a child, his mother had lived together with Charman Lasse for two years in Denmark!

We also heard interesting speeches from Honorary Member Dr. Kristian Boe and from Palle Havmoeller, whose father had been one of the founders of the Dansk Samfund Siam. And we cut a genuine Danish “kransekage” to mark the anniversary.

Just in time to kick the party one notch higher, the Swing Kings Band took over the stage and had us all up and dancing the night away, giving the Chairman and the Grey Eminence of the party, past Chairman Eid Alexandersen a moment to breath. The success of the night was in the bag and she and past Chairman Leo could relax and enjoy the rest of the night as any other participant.

Enough words. Enjoy the video below and some amazing photos. There are more photos here. 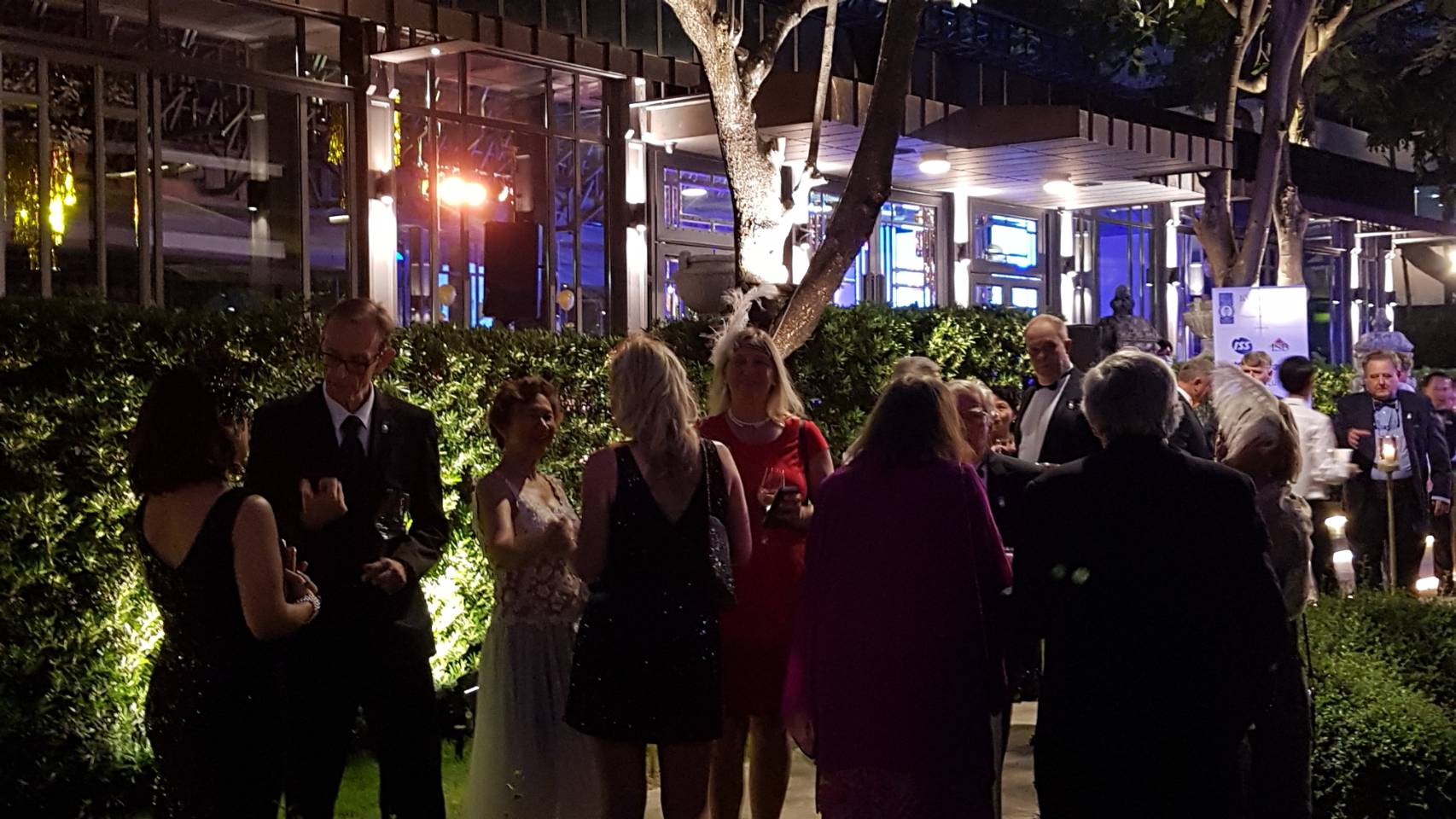