The 5th Myanmar Media Development Conference takes place during 7-8 November in Yangon, Myanmar, with the Swedish Ambassador to Bangkok Staffan Herrström among the invited speakers. The fifth conference focuses on the theme ‘Inclusive Independent Media in a New Democracy.’ National and international media stakeholders, members of civil society and government representatives meet to discuss the status of and way forward for media development in Myanmar, and this year in particular with an opportunity for engagement with the country’s newly elected government.

“From a democratic perspective, few things can beat free, independent, impartial and investigative journalism to hold those in power accountable,” was among the messages in the Swedish ambassador’s introductory speech, as he referred to the Swedish experiences of Right to Information through public access to official documents, first established in our Freedom of the Press Act 250 years ago.

Discussions at this year’s conference will draw heavily from the recently-published Assessment of Media Development in Myanmar. Based on UNESCO’s Media Development Indicators, the report analyses the Myanmar media sector and helps to place it in a global context by marking Myanmar’s progress and highlighting areas for improvement. 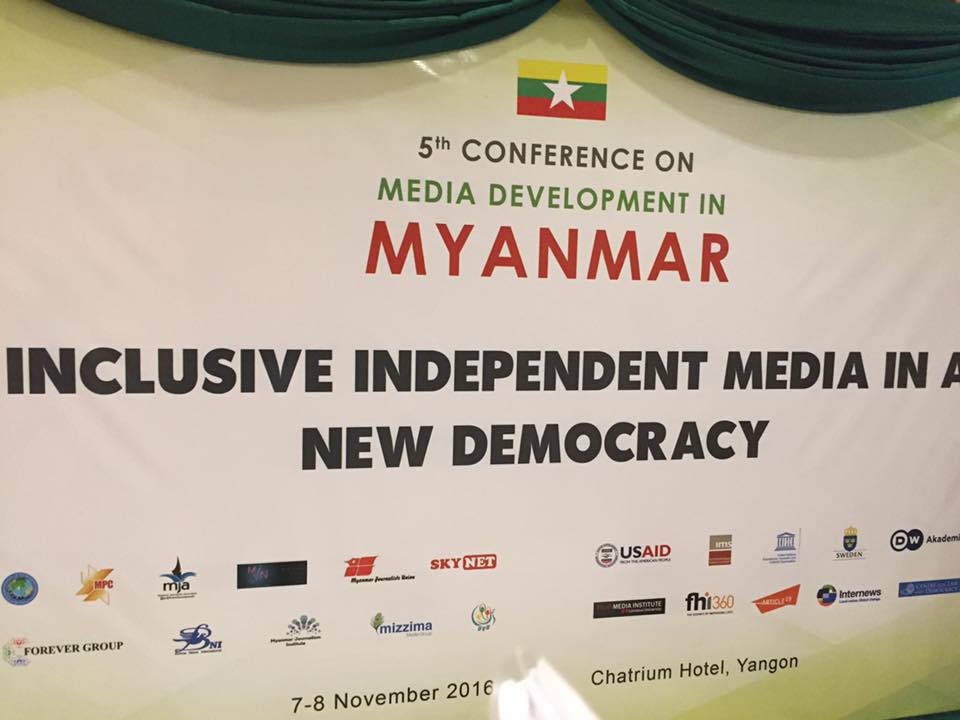 The Swedish government gives support to International Media Support, IMS and Fojo Media Institute for their long-term engagement with Myanmar’s media, in the form of the IMS-FOJO Media Development Programme in Myanmar. IMS-Fojo co-organise the media conference along with the Myanmar Press Council, Myanmar Journalist Association, Myanmar Journalist Network etc. and with support from, among others UNESCO, Deutsche Welle Akademie and USAID.