The Embassy of Sweden in Kuala Lumpur celebrated Pippi Longstocking’s (one of the most famous Swedish children’s book character) 70th birthday on 16th July at the book fair Bookfest@Malaysia 2015. Bookfest is an annual grand book festival. Ambassador Bengt G Carlsson gave a welcome remark at the event and together with Ms. Louise Bonbeck, Deputy Head of Mission welcomed the children to Pippi’s house Villa Villekulla. The embassy’s storyteller Ms. Linn Antberg read the first chapter in the first book about Pippi by author Astrid Lindgren. The children from Dignity for Children foundation performed a theatre play on Life and Time of Pippi Longstocking at the event. It was a fun occasion attended by 120 children, some of them dressed in Pippi costume!

Pippi is probably one of the most popular children’s book characters in the world, standing up for girls simply by being herself. The first Pippi book was published 70 years ago so Pippi turns 70 in 2015! The Swedish embassy sent its appreciation to Dignity for Children Foundation for their collaboration and support in organizing the children to the event and for hosting the theatre play. It thanked also Ikea Corporation/IPC Shopping mall for their kind contribution to the goodie bags – the Dala horse felt charm for the children who attended the event.

Following the success of this event, the Embassy of Sweden will organize another event in celebrating Pippi Longstocking 70th birthday in September in cooperation with Kinokuniya bookstore.

The Pippi Longstocking celebrations are supported by The Swedish Institute, Saltkråkan AB and the Astrid Lindgren Company.

Highlighted by Swedish embassies abroad the Swedish Institute has chosen to celebrate ‘Pippi, 70’, because Pippi Longstocking, simply by being herself, continues to stand up for girls today. Pippi is fun because she breaks with conventional ideas about how girls should behave – and also, perhaps, makes fun of adults’ gender roles in the process. Pippi Longstocking is a girl rebel, and since 1945 she has helped liberate children all over the globe.

Possibly the world’s most popular children’s book character was an easy winner when the Swedish daily newspaper Dagens Nyheter held a vote on the cultural events that have made Sweden what it is over the past 150 years.

“The classics of children’s literature are those books that have entered our bloodstream – even if we may not have read them. Where the best stories in children’s literature are concerned, no specially written canon is required – they lodge in the public consciousness anyway. It is the same for them as for real education: they are what is left when we’ve forgotten everything we’ve learnt. /…/ Pippi is literally a key figure in Swedish modernity. It is as important for her emergence as her emergence is for modernity.” 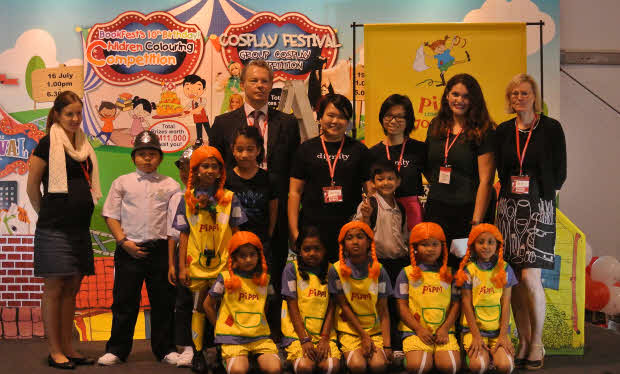