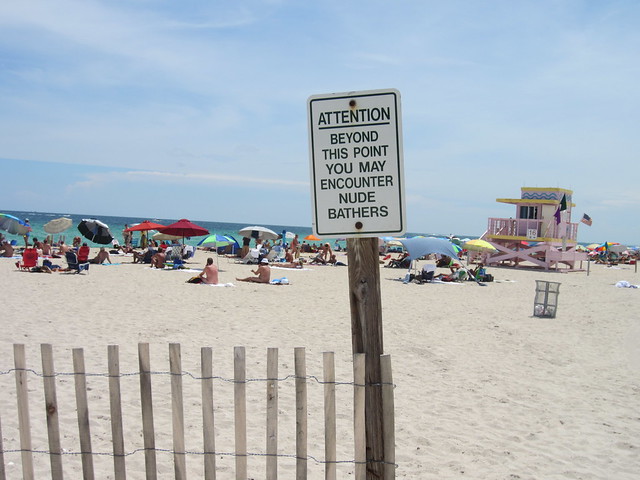 Sweden is among the top ten countries where most vacationers have been naked or topless on the beach. The majority of the Swedes also say they welcome nudity among other beach goers. Most happy to be nude on the beaches in Sweden are the Austrians while the Japanese are the most unlikely to take off their clothes.

The findings are part of the 2014 Flip Flop Report conducted by Expedia.com®, one of the world’s largest full service online travel sites. The study examines the most prevalent joys and anxieties among beachgoers worldwide, including comfort with public nudity.

While the Europeans are leading, the Asians are part of the trend.

The largest group of Asian naturists or nudists are the 3500+ members of Naturist Association Thailand – established by a Dane and his Thai wife in 2007 – with members from all nations in Assia. (http://thailandnaturist.com)

The highest level of disapproval of other beach goers being naked were found in India (29%) and Malaysia (34%). But this disapproval has dropped considerably over just one year ago.  In the 2013 Flip Flop survey, 41 percent of the Indians and 39 percent of the Malaysians said they felt “somewhat or very uncomfortable” with other people not wearing a bikini top on the beach. Which on the other hand also means around 60 percent of these populations are either neutral or comfortable with sharing a beach with nude people or topless women.

But compared to Europe, Asia still has a long way to go. The latest survey found that  close to every third of the Germans and Austrians (28%) are likely to enjoy being fully nude at the beach.  Worldwide, 18 percent of all men and 6 percent of all women enjoy beach nudity. The global average is 12% for beach nudity.

One of the most surprising stats this year is that there is a growing acceptance toward Speedos – the minimalist swim underwear for men. Last year’s study found that 65 percent of beachgoers worldwide found Speedo-style bathing suits to be “acceptable.” This year, that number jumped to 74 percent.

The Preferred Beach State is Serenity

Relaxation is by far the preferred state of being at the beach. 88% of prospective beachgoers report that they will select a serene, calm destination, versus 12% who prefer a “party destination.” At the beach, a calm stroll along the water is the most popular activity. The list of preferred beach behaviors includes:

At the Beach, Sleep > Food > Intimacy

In fact, sleeping was cited as the top beach indulgence. 46% of global beachgoers cite “sleeping in/napping” as a typical beach indulgence, followed by spending more than normal on food (42%), eating more food than usual (41%), intimacy with a partner (38%) and shopping for things other than clothes (34%).

More than half of the world’s beachgoers would “never” post a photo of themselves in swimwear of any type. 31% of people on the beach avoid posting any vacation photos on their social channels “so I don’t make my friends jealous.” On the flip side, 18% do post vacation photos to inspire envy.

The 2014 Expedia Flip Flop Report was commissioned by Expedia and conducted online by Northstar, a global research and consulting firm. The study was conducted among 11,165 adults 18 years of age and older, across 24 countries in five continents.

“The beach is the world’s most popular travel destination by a considerable margin,” said John Morrey, Vice President and General Manager of Expedia.com.

“So every year we ask travelers all over the world to tell us their likes and dislikes as they relate to beach behavior. In response, we can offer travelers the recommendations that best suit their preferences. Expedia will help you get to the perfect beach, but when it comes to behavior on the sand, you’re on your own.”

The infographic below shows the findings of the 2013 report:

One Comment on “Swedes welcome beach nudity and toplessness”