During 28 September until 2 October 2015 a unique exhibition of its kind visited Hanoi in Vietnam, presented by the Swedish Institute, Embassy of Sweden in Hanoi, Manzi and the National Library of Vietnam.

The touring Swedish ‘Facing the Climate’ exhibition combines climate-themed cartoons by five Swedish artists with the climate-related artworks of artists in host countries: in this case five Vietnamese cartoonists joined Swedish counterparts in taking a sharp look at the climate issue, with the aim of encouraging discussion about a sustainable society and heightening awareness of current environmental problems.

Facing the Climate has been staged in a number of international contexts, with exhibitions taking place since 2010 in Rio de Janeiro, Athens, Tirana, Tel Aviv and Novosibirsk amongst other cities around the world. To date, more than 150,000 people around the world have seen the exhibition.

Addressing the audience at the opening, Swedish Ambassador to Vietnam Camilla Mellander stressed that “Sweden is internationally known as a country that takes environmental issues and sustainability seriously. But taking something seriously doesn’t necessarily mean viewing it without humour. In the Facing the Climate satire and humour are blended with a genuine appeal for a more responsible attitude towards the issue. People everywhere share a responsibility to care for and protect our common home, our one and only planet Earth”. 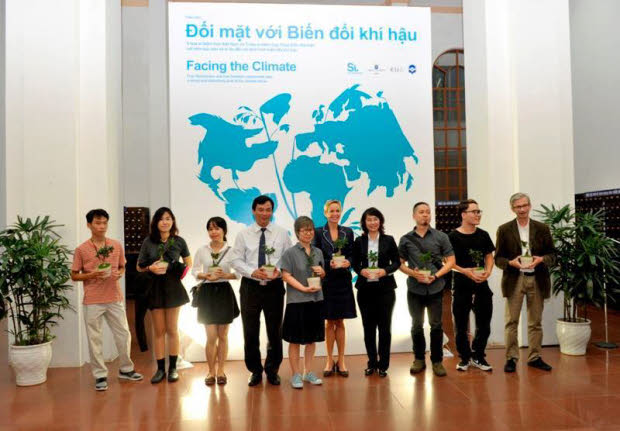 Vietnam is one of the ten countries most likely affected by climate change, while the upcoming top-level Climate Change Conference (COP21) Paris in December 2015 offers a great window of opportunity to deal with climate change. Ms Nguyễn Phương Hòa, Deputy Director-General of the International Cooperation Agency under Ministry of Culture, Sports and Tourism said it is necessary to raise public awareness and understanding of this important issue via a cultural angle and other new forms of communications.

“I do believe that climate change is an important issue that requires improved understanding and collective urgent actions. I really welcome the exhibition in offering some new thoughts for the public audience in Hanoi. The use of drawings, cartoons and illustrations can catch readers’ attention, make them deliberate and take action against the serious issue,” she noted.

Facing the Climate is part of a concerted drive, conceptualised by the Swedish Institute, to promote critical sustainable development under the heading Facing the Future – Sustainability the Swedish Way. The initiative began in December 2009 in relation to the Copenhagen Climate Conference, when a group of 25 Nordic newspaper cartoonists provided some amusing and alarming reflections on climate change. To illustrate Sweden’s active involvement in this area, the Swedish Institute developed this exhibition in collaboration with the Swedish cartoonists/illustrators Magnus Bard, Helena Lindholm, Riber Hansson. Joining the exhibition are also Love Antell and Karin Sunvisson in commenting on the global climate dilemma.

The Facing the Climate exhibition was accompanied by two workshops (held at Hanoi Industrial Design Arts University and Alfred Nobel High School), bringing Swedish award-winning illustrator Magnus Bard to meet young students of Hanoi in an interactive environment that considered and enacted the communicative and cathartic potential of cartoons. 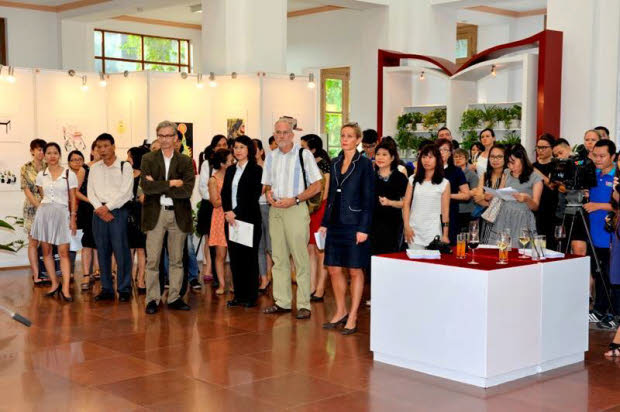