The Nordic business community’s annual Viking Fest was organised on 19 May. The theme of this year’s event was ‘Discover America’.

The almost 300 participants gathered in the mid afternoon at Nha Rong Port in central Ho Chi Minh City to get dressed in proper biking gear and prepare for the Viking ship journey to America ( Thanh Da Island), an hour’s journey up the Saigon River.

During the journey, the 300 Vikings enjoyed refreshing drinks and snack on the Viking ship. The weather was nice and the Vikings had a beautiful sunset during the trip and arrived just after dark.

Just before entering port, the skies started to darken, and just when every one had come ashore and under cover, the skies opened up for one of the heaviest rains in this year. Luckily, we were all under cover and started digging in on the roasted pig, roasted lamb, and other delicious items that were consumed together with soft drinks, beer, and Linie Aquavit that has been specially imported from Norway.

In addition to the schnapps songs signed by the Vikings, there was also sing and dance entertainment provided by “the Native Americans”.

At around 10 PM, the Vikings headed back to central Saigon were some of them continue to enjoy adventures in foreign lands. 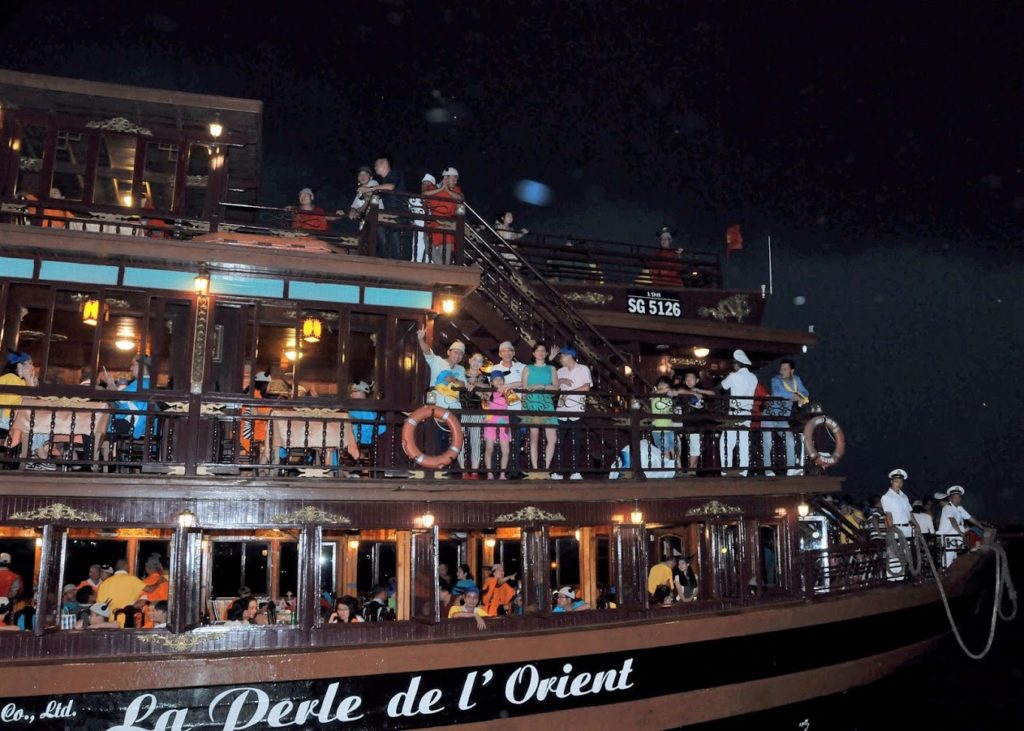 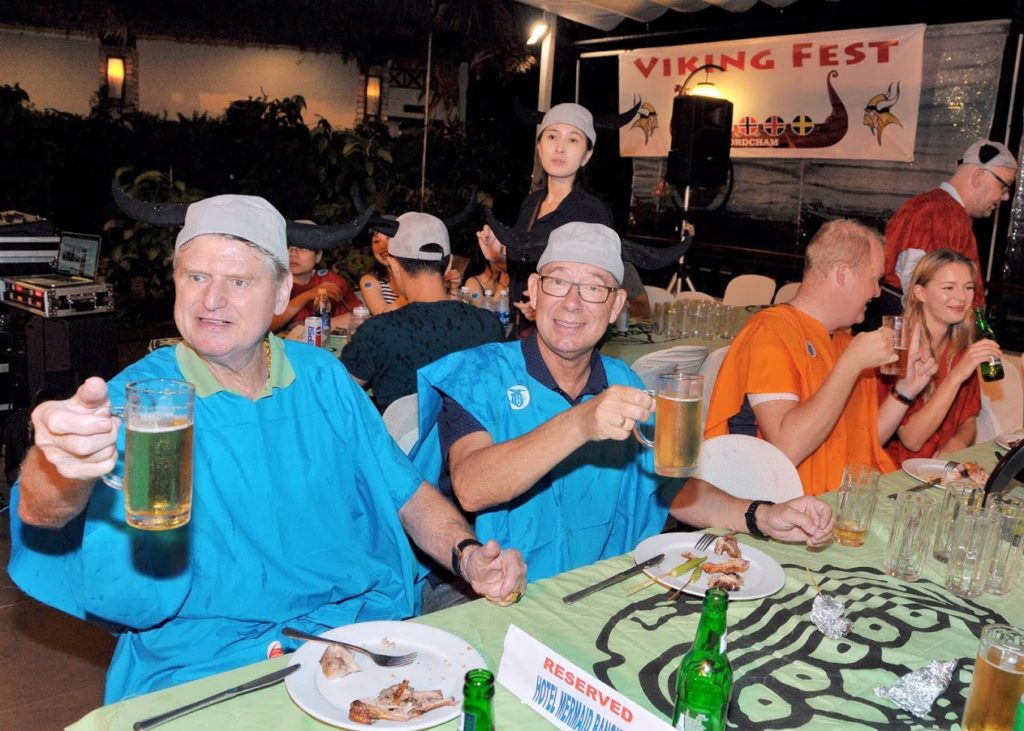 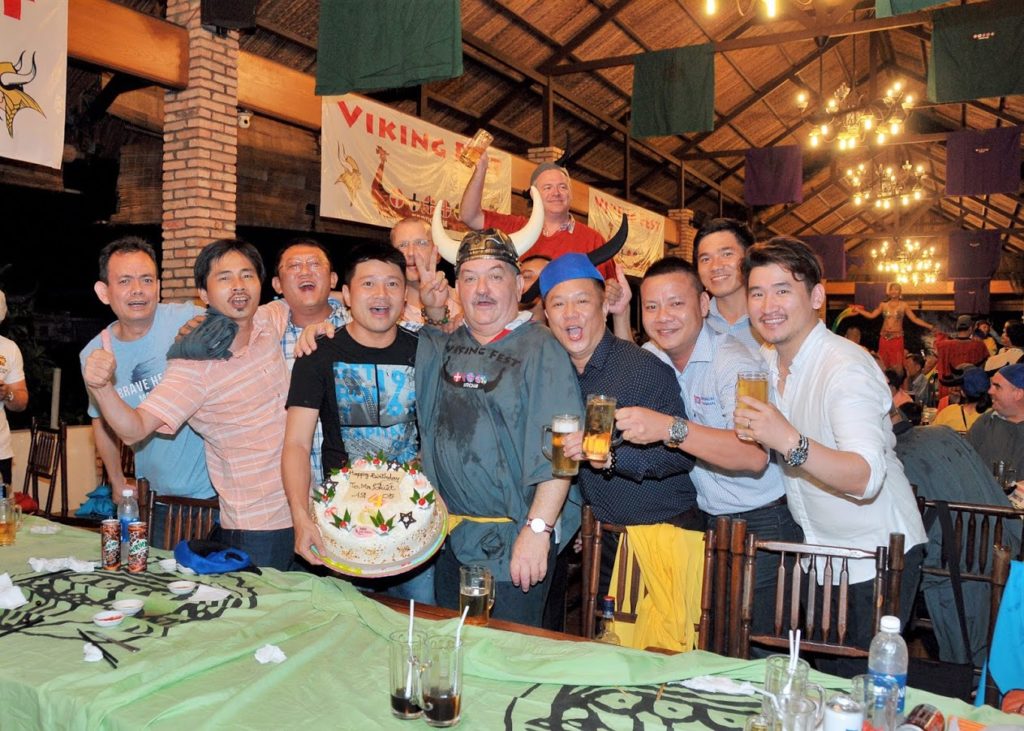 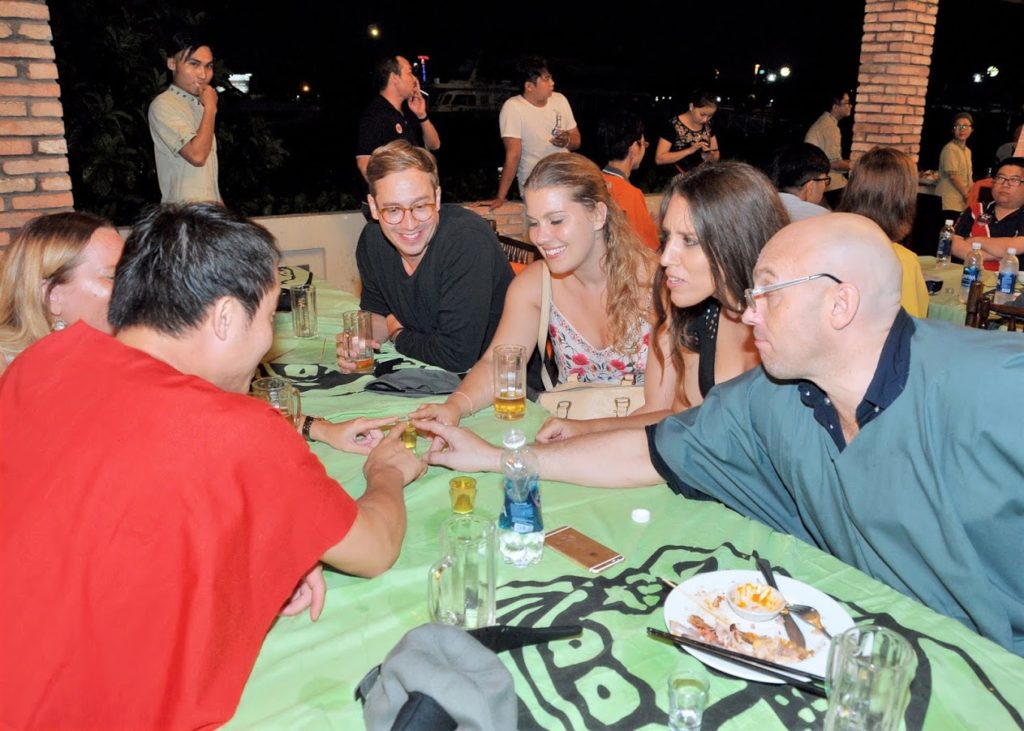