Tuesday last week the The Delegation of the European Union to Singapore and seven European embassies (Belgium, Germany, Denmark, France, Norway, Sweden and the UK) hosted a joint event as a prelude to the current COP21 conference in Paris.

The topic at the event was the role of the financial sector in the transition to a low carbon economy, and was held at Barclays Bank premises at Marina Bay Financial Centre Tower 2.

The Climate Finance Day, Paris, in May highlighted a number of private sector initiatives which support a transition towards a low carbon future and the UN objective to limit the rise of global temperatures to 2°C by the end of the century. Parties now work towards a global climate deal which will be negotiated in December at COP21, Paris. The event in Singapore had the purpose of bringing issues to light and help identify opportunities for the financial sector in Singapore in the transition to a low carbon economy. 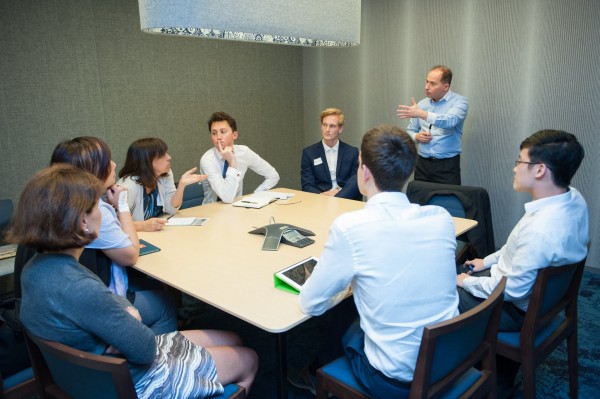 The event was moderated by TV presenter Teymoor Nabili and included presentations, a break-out session for the audience to brainstorm potential solutions to a few climate-related issues, as well as a  moderated expert panel discussion on ‘creating a sustainable financial system’.

The closing remarks were made by The Ambassador of Sweden, Håkan Jevrell, followed by a reception at the venue.

“Thank you all for a very successful event, and fingers crossed for a successful COP21 conference in Paris,” The Embassy of Denmark wrote on ther Facebook page after the event.