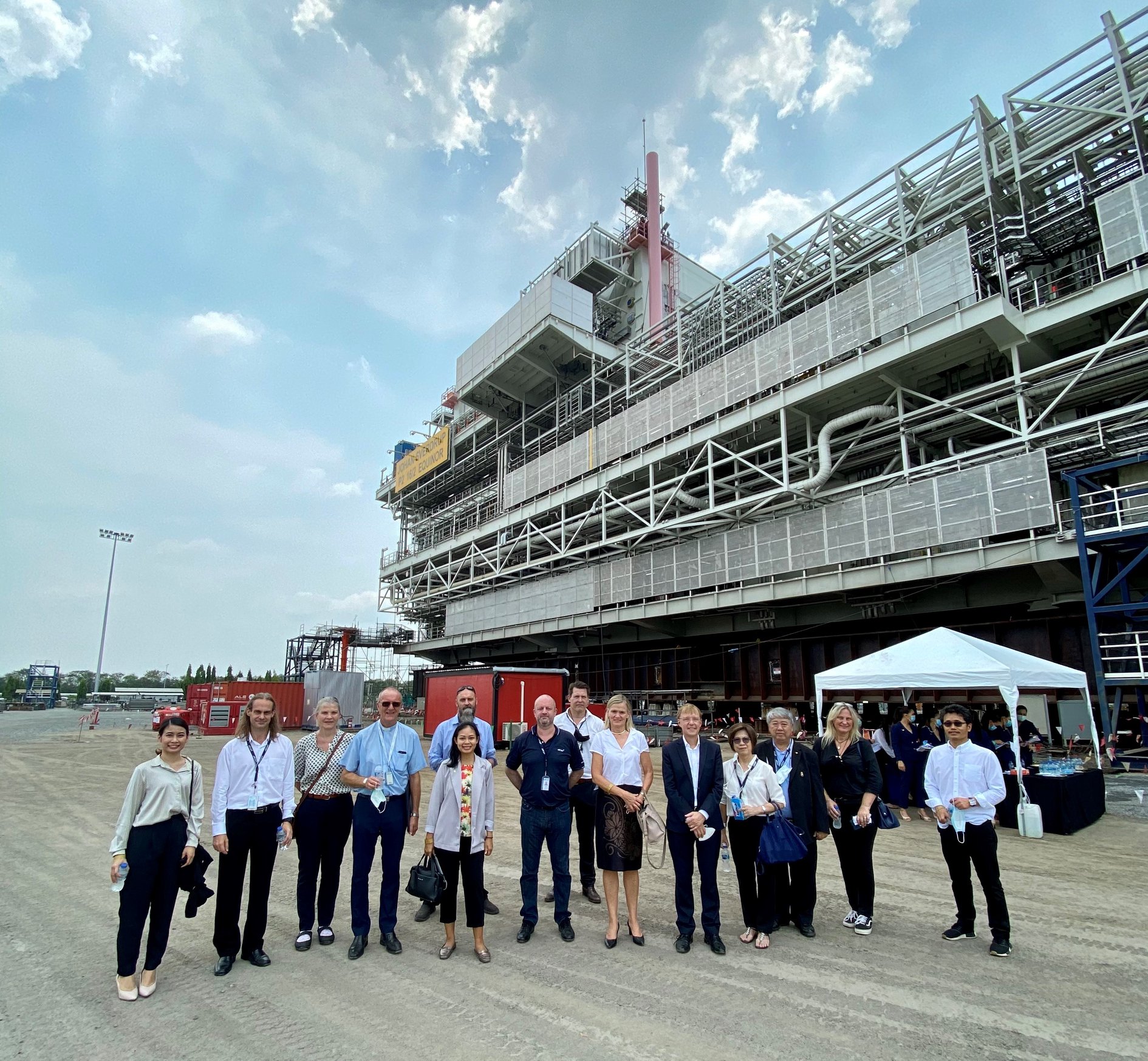 The Norwegian Ambassador H.E. Kjersti Rødsmoen participated in the sail away ceremony of Johan Sverdrup Process Platform II (P2) Main Support Frame at Aibel Thailand’s yard in Laem Chabang on 25 March 2021. The platform module will be towed to Haugesund in Norway.

Also participating in the ceremony were Pastor Annstein Lothe of the Norwegian Seamen’s Church in Pattaya, as well as management representatives from Aibel Thailand, Aibel Norway, Equinor, Deeline Construction, Thai-Norwegian Chamber of Commerce, Joint Foreign Chamber of Commerce, The Thai Board of Investment and The Laem Chabang Port Customs Bureau.

The platform module, weighing 14,500 tons and with the size of a football pitch and the strength to endure 50 years in the North Sea, is the great result of cooperation between Norwegian and Thai engineering expertise and excellence. It is also the result of the skills and hard work of Thai constructors in Laem Chabang in Chonburi province.

In her remarks, the Ambassador highlighted the importance of the Johan Sverdrup Project, it being one of Norway’s biggest oil fields. The two Norwegian companies involved, Aibel and Equinor, represent a major part of Thai-Norwegian bilateral trade. And while the oil and gas industry remains a critical part of Norway’s economy, Aibel and Equinor are also transitioning into green and renewable industries. The two companies have secured contracts in years to come for delivering modules from Laem Chambang to the prestigious Dogger Bank Wind Farm offshore of the United Kingdom. The Ambassador said she was convinced that future Norwegian ambassadors in Thailand would be eager to return to Laem Chabang for future sail away ceremonies. 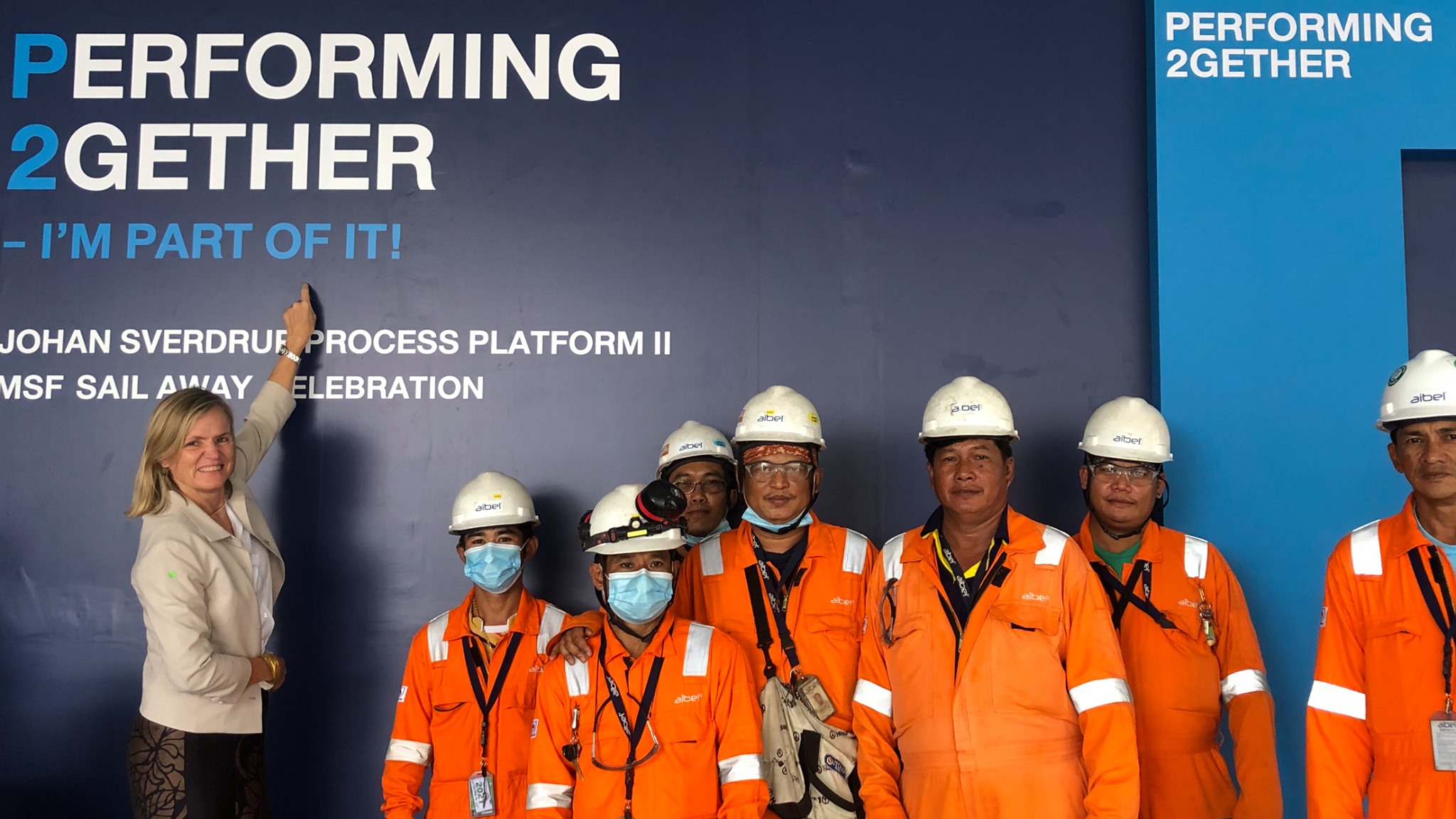