At last, ScandAsia has caught hold of a Trade Commissioner to learn more about Business Sweden (since the organisation was changed and renamed) and their activities, scope of work, clients and the development for Swedish business and trade in and with Southeast Asia. And who could then be a more ideal spokesperson then the Country Manager for Thailand and Vietnam, incl. Myanmar, Cambodia and Laos (the so called Mekong region)! 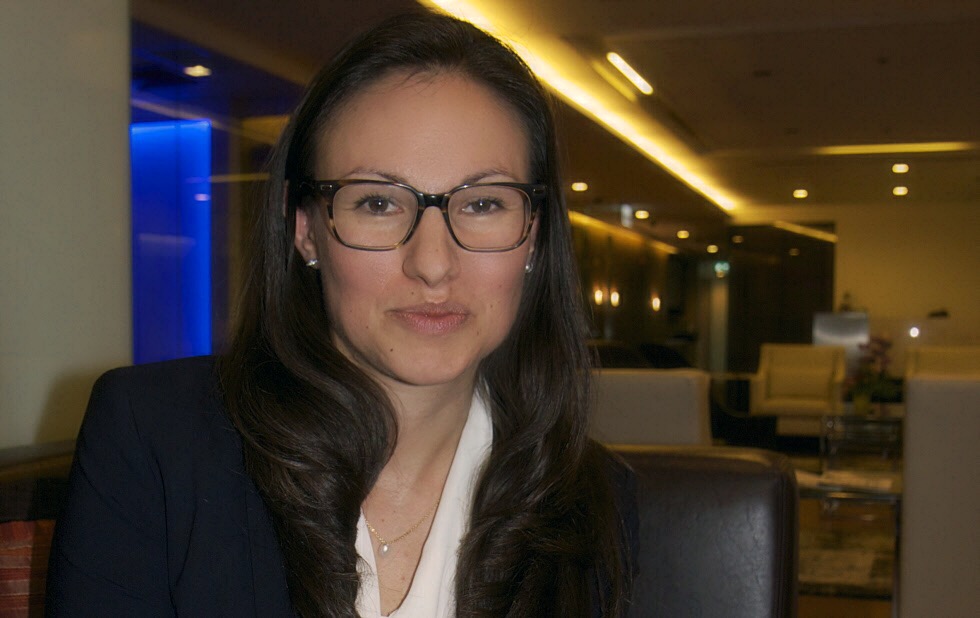 Meet Vivianne Gillman, based in Bangkok since February 2015, who actually opted to leave New York City for Southeast Asia as an irresistible next career step.

“I was asked if I would be interested in coming here, while I still had a few years left on my US contract. Being the head of the New York office was very exciting, as a very dynamic and ripe market with many Swedish companies already established and many others on their way. But it was difficult to say no to Southeast Asia; there are few markets growing as fast as this on right now.”

And this growth has had a positive impact on Business Sweden’s operations in the five countries Vivianne is in charge of.

Vietnam on top
“We have seen vast changes only during the period I have been here. And we are experiencing incredible demand and interest, especially in Myanmar and Vietnam and still with plenty of interest for Thailand, the most mature market of these.”

In late 2016 Business Sweden actually has quite many assignments in Thailand assisting companies in establishing presence.

“Even if we are seeing somewhat less demand in the more aggressive growth strategies, it’s interesting to see that many companies are making the decision to establish legal presence at this moment. This often means they have already acted on the market for some time, or that there is some other strong incentive to invest,” Vivianne elaborates on Thailand. “So that’s a positive sign in an economy that does not have as strong growth as some of the other markets in the region.

“Of the five Vietnam is the market with the absolutely highest demand with regards to the Swedish companies contacting us, At one point we had to put new assignments on hold as we simply did not have capacity to take on more.”

So Vivianne’s team is overloaded with work. As we meet they have already employed nine more people since she arrived – and need to employ even more.

Commenting on what sort of talent they hire she says that one must understand both government as well as the private sector, and being able to navigate in two worlds.

“This can sometimes be quite difficult, but this is also what makes us unique – being internalization experts who combine analytical skills with government access.” 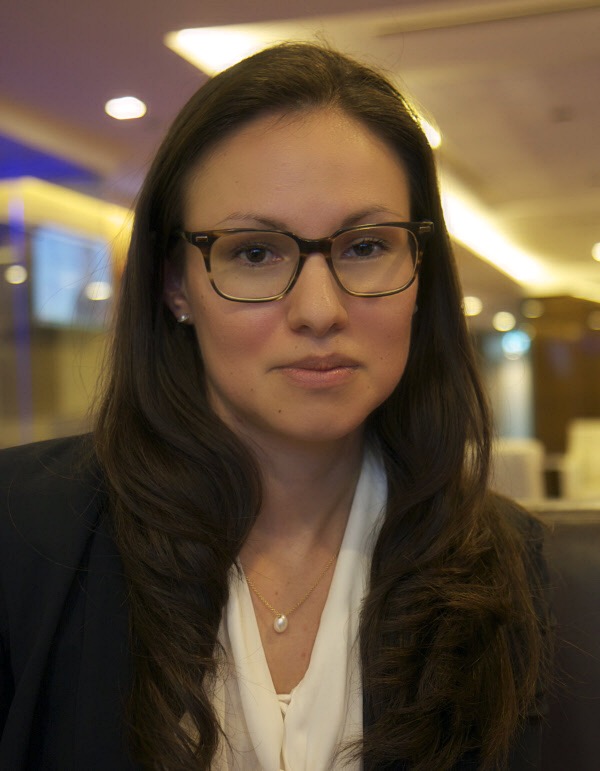 Business Sweden (formed by a merger of the Swedish Trade Council and Invest Sweden employees work for the Swedish state, and reports to the Ministry of Foreign Affairs and the Swedish industry. Through an organisation called Sveriges Allmänna Utrikeshandelsförening (Swedish Foreign Trade Association), the organisation is indirectly owned by businesses.

Vivanne has a double Master’s degree from Stockholm University; in Business Administration and Economics, as well as Systems Development and Software Engineering. She also furthered her studies in New York with a course in Venture Capital and Private Equity.

“For me that is a red thread, to understand what makes different organisations to grow is very interesting,” she comments on the education. “And I think start-ups in general do not have this large structure to carry around like large corporations have but you find a lot of driving force in these companies. So I worked quite a lot with start-ups in New York and we did a few activities towards start-ups to meet other potential investors and other players on the market etc.”

“Also here in Southeast Asia I can use the knowledge in the sense we are working with mergers and acquisitions. Then it is more about larger corporations, but it is all the same about understanding what makes a company attractive, valuation-wise. So when looking at various ways to enter markets here it is not unusual at all to start by buying up companies.”

Innovation and sustainability
Prior to her New York appointment Vivianne worked as a strategy and management consultant back in Sweden with Connecta between 2007 and 2011. There she also spearheaded the internal CSR and sustainability efforts, but also advised the non-profit sector and companies on sustainability – how they could integrate their sustainability strategies within their business strategy.

“We worked towards the head offices but it was often with an international scope as so much Swedish companies are spread throughout the world.”

Sustainability is also part of the DNA when it comes promoting Sweden and Swedish companies internationally as attractive, innovative and competitive business partners. At a minister-lead delegation to Indonesia and Vietnam in November innovation and sustainability were the two themes.

“That is often how we want to profile our Swedish companies, most have that as their unique selling point, which often also mean higher prices, and that is something that most of them have in common, where we assist together to convey the benefits of these innovative solutions that can lead to higher effectiveness, and productivity, so the total cost is actually lower even if the initial price tags is higher than average. That message applies for many companies and sustainability is another factor coming up on the agenda more and more in Southeast Asia,” she comments.

Why companies need us
In Southeast Asia they work quite a lot with large corporations and as these markets are hard to navigate Business Sweden’s role becomes valuable.

“When we do business delegations for example, we typically involve both the private and public sector,” explains Vivianne.

“You often have governments or state owned companies as buyers, and often development banks joining as stakeholders. This makes the region interesting, but also quite challenging. This is one of the ways in which we can support the companies,” smiles the Country Manager. “There is a lot of potential but it is a bit challenging, especially when it comes to navigating the government jungle.”

Business Sweden in Southeast Asia is concentrated on supporting and advising Swedish companies who want to establish or grow their business in these markets. And currently many companies are asking for assistance.

“To a large extent we work with regional management, usually based in Singapore, Shanghai or so, who need assistance with a start-up, which is the normal need for Myanmar and also Laos, as an example of a white spot market still for many companies.”

“We also do many assignments for companies who have been on a market for a long time, such as in Thailand, but the market has changed they need assistance to find new revenue streams, such as new customer groups.”

Vivianne says that growing sales revenue on international markets are very grateful tasks to work on, compared to when she was a strategy consultant, which involved issues such as cost-cutting, re-organisation etc.

“In assisting companies on market entrance and market growth we do whatever it takes, almost.” In terms of areas of activities and being available Business Sweden produces and publishes market reports, arranges seminars to share information and replies queries – all assignments from the Swedish state. Then, where most resources are spent, is on serving the individual companies with advisory services.

“Usually that we assist in evaluating whether or not the market is attractive or not, how to enter or how to grow, and third being these delegations.”

“Market analysis is our core competence and what we are doing on a daily basis, and mostly for individual companies,” she adds.

“When it comes to delegations we work very closely also with the Swedish embassies so most delegations are lead by the Swedish Ambassador or by someone from Sweden; a state secretary or minister. We have invite relevant companies, so there is always a combination of interest and what is in focus from back home.”

“We all have a lot of dialogue with our colleagues in the other markets as well, in particular as many are looking at targeting Southeast Asia as a whole and which countries to prioritise first and where to invest the most resources and so on.”

“What is important to emphasize, where we ourselves prioritise our resources, that it does not only mean large corporations but might just as well be Gazelle companies, interesting start-ups or those being best in class within their sector. Somewhere we want to prioritise helping those companies that best benefit Sweden.”

“What we assist with is that partly can partake in various meetings with public companies, government organisations or other to show that Sweden think this deal is important and interesting and that we are monitoring it in order also to minimise the risk for corruption factors being brought to the table – so showing an official interest. And we frequently assist in finding local partners. That is very difficult to do 100 per cent but then do certain due diligence, and then it depends a bit on the company how deep we should dig.”

“When it comes to acquisitions we do commercial due diligence, e.g. looking at that that business, customers and business connects.” Going forward, Vivianne says that Business Sweden believes there are significant growth opportunities for Swedish companies that Sweden has not reached any ceiling on yet.

Swedish companies selling solutions to the manufacturing industry, including industrial equipment that assists the local industry are among the strengths.

“The strongest BNP driver on most markets are manufacturing, so they need to improve as stronger manufacturing hubs as the main driver for a market to thrive, so here the Swedish companies can enter and develop the local manufacturing sector.”

Infrastructure, including both transportation and energy, is another focus area.

“Looking at a market like Vietnam both Norway and Denmark have significantly higher export than Sweden today, despite them being smaller economies than ours. And we are seeing the same tendency in Myanmar. But we could do even more and especially in Southeast Asia we could do much more.”