The Danish Minister for Development Cooperation, Ulla Tornaes, has been in Cox’s Bazar during 29 – 30 October. She visited the Danish-supported humanitarian projects that helps with immediate protection, food aid and shelter for hundreds of thousands Rohingyas. The Minister met with government representatives and several organisations during the visit to Cox’s Bazar. 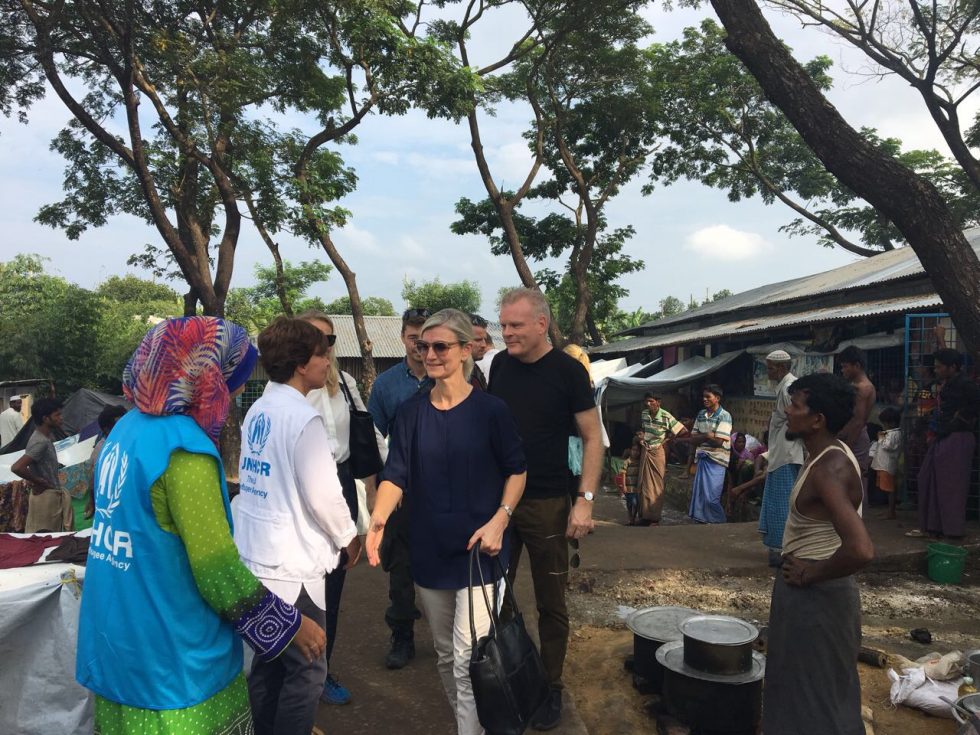 During the visit the Danish Minister expressed the need for international support: “Bangladesh has performed a great task by receiving this huge number of refugees, but it is very important that the international community now steps up to support Bangladesh and the effected local communities around Cox’s Bazar. Bangladesh cannot solve this crisis alone. Denmark reacted swiftly with substantial humanitarian aid when the crisis began in August. So far, we have allocated and committed over DKK 120 million (USD 18.7 million) for civilians in Rakhine as well as for the hundreds of thousands Rohingyas who have fled Myanmar. I am especially concerned about the many women and children who have been exposed to brutal attacks and sexual violence. They are particularly vulnerable. Denmark also supports One-Stop-Crisis Centres near the refugee camps. The centres take care of traumatised women and children in a safe environment.”

According to the United Nations, more than 600.000 Rohingyas have fled Myanmar since the 25th of August. Denmark’s most recent humanitarian commitment came at the UN’s donor’s conference in Geneva where Ulla Tornaes pledged to commit an additional DKK 32 million (USD 5 million) to UNHCR for the most affected refugees and for the people affected in the communities in Cox’s Bazar.

Denmark has also contributed with DKK 40 million to Red Cross International and UN’s World Food Programme as well as previous donations to UNHCR and Danish NGO’s working in the area.

Denmark to promote U Thant House as education centre in Yangon

Free vaccine for foreigners living and working in Cambodia