Mikael Hemniti Winther, the Danish Ambassador in Bangkok,​ is set move to Bangladesh in the shuffle of Danish ​ambassadors this summer.

​​The Ambassador has been ​accredited as the Danish Ambassador to Thailand and Cambodia since the 4th of January 2011. Until the opening of a new embassy in Yangon also to Myanmar. ​In diplomatic circles he’s known as an “Asian Expert” with a career in the East counting several years of work in the Philippines and Vietnam and in total nine years of experience from Thailand, ​including the latest five years as the Ambassador. His last Ambassadorship was two years in Baghdad.

With that in mind it might not come as a surprise that Mikael Hemniti Winther will be staying in the region, even though Thailand and Bangladesh are two very different countries, according to the 55-year-old Ambassador.

“I’m really excited about the job. I have a good knowledge of Bangladesh and its beauty and its challenges, and I know that it might be a more complicated and complex challenge than to be here in Bangkok”, Mikael Hemniti Winther tells ScandAsia and explains further:

“As in Thailand, Denmark plays, and have for a long time now played, an important role in Bangladesh. Since ​the independence of Bangladesh ​in 1971, Denmark has had engagement with Bangladesh – in particular through development co-operation. The relations are very close and Denmark has a very positive image in Bangladesh”.

There’s also a significant gap between the two nations GDP per Capita. According to the World Bank list on GDP per Capita from 2015 Thailand is placed 76th while Bangladesh is placed 148th.

Being moved from Bangkok to Dhaka, some might see this is far from a promotion. What do you think about that?

“Well, people can interpret it as they like. I do not look at it as a promotion or a demotion. Dhaka is definitely a difficult city on the surface and it may not seem very attractive to live in. But the people that I know who has been or are posted to Bangladesh are very excited about it. Compared to Bangkok it’s very different of course. On the other hand, the job as Danish Ambassador to Bangladesh offers a complexity and a work challenge that is hard to match in other countries. I’m excited that I’ve been chosen to live up to the challenges and carry out this important work at the Embassy there”, Mikael Hemniti Winther says. 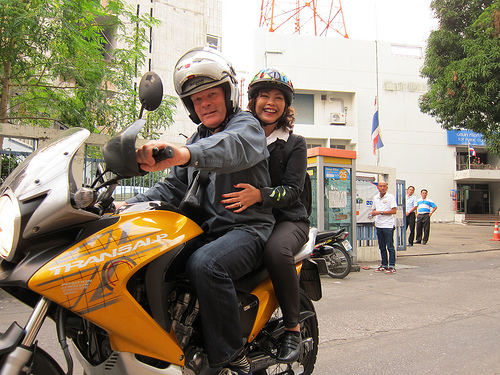