After the welcoming ceremony, President Jokowi had a bilateral meeting with the PM Rasmussen to cement the strong relationships through an endorsement of a Joint Statement and the signing of an ambitious Plan of Action, which sets the direction for the strengthened future cooperation between Indonesia and Denmark within politics, security, people-to- people relations, energy, environment, health, maritime affairs, agriculture and food, and culture. The Plan of Action provides the framework for the comprehensive Indonesian- Danish cooperation until 2020 through 85 concrete initiatives.

During the meeting at the Presidential Palace, the President and the Prime Minister also agreed to a new strategic sector cooperation on waste and circular economy. Through the new cooperation, Denmark will share know-how and concrete waste treatment solutions with the Indonesian authorities and promote public- private partnerships through which Danish clean-tech companies will provide innovative and sustainable solutions to meet Indonesia’s needs. 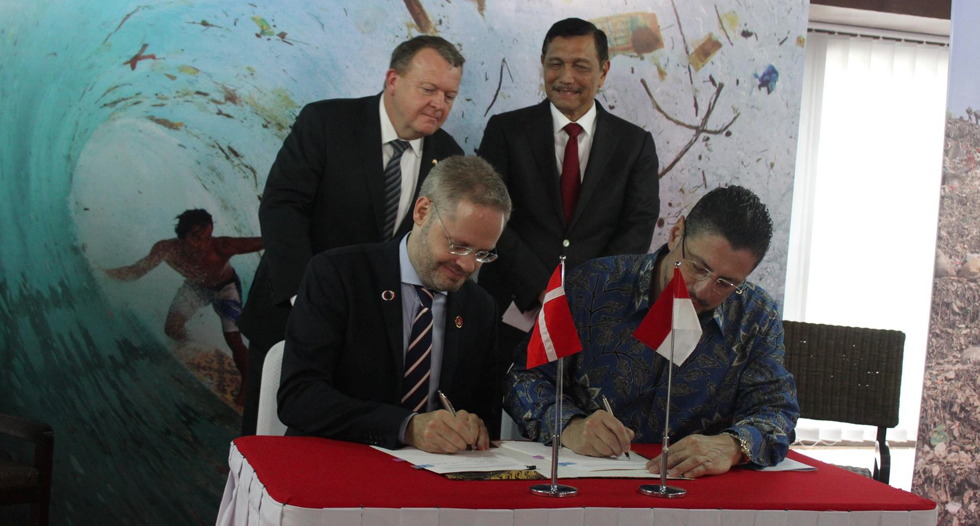 Denmark’s PM Rasmussen also visited the Maritime Museum in Jakarta together with the Coordinating Minister for Maritime Affairs H.E. Pak Luhut to strengthen the existing partnership in the green sector. During the visit Rasmussen launched a large Danish contribution on DKK 5.5 million to the World Bank’s ‘Oceans Trust Fund’ to help Indonesia in the fight against plastic waste in the ocean. The agreement was signed by the World Bank’s Country Executive Director Rodrigo Chaves, and the Danish Ambassador to Indonesia Rasmus Abildgaard Kristensen, witnessed by the PM and Minister Luhut. The Fund supports the ambitious goal of the Indonesian government to reduce the discharge of plastic waste to the ocean by 70 per cent by 2025.

Indonesia is increasingly experiencing environmental challenges, not least regarding waste handling. Every year 64 million tons of waste is produced in Indonesia – 1.3 million tons end up in the ocean. Indonesia is the second biggest plastic polluter in the world. The Indonesian government is taking action, and with the help of Denmark and other international donors, the Indonesian Coordinating Ministry for Maritime Affairs is taking a leading role in tackling the issue. 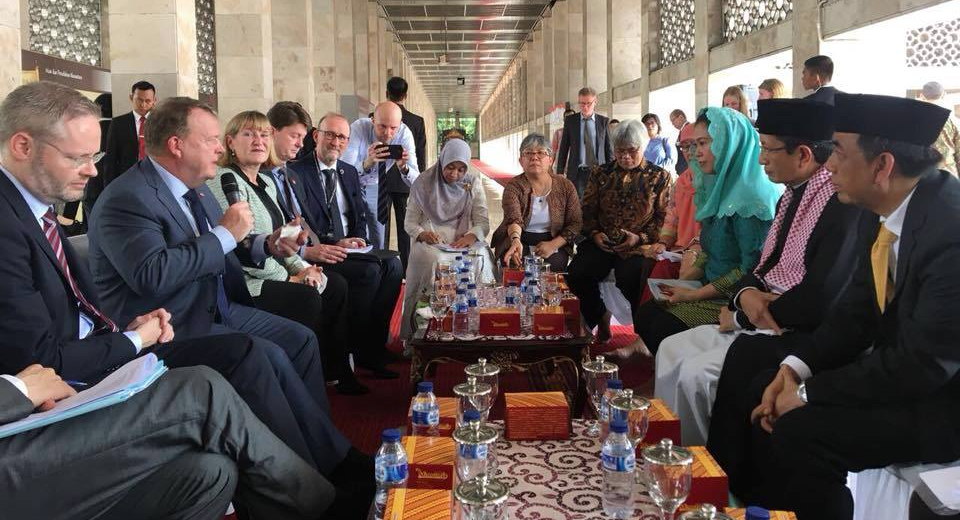 With the world’s largest Muslim population, Indonesia has traditionally been a positive example of peaceful Islam, where the large religions live side by side in a democratic and peaceful society. As such, Indonesia plays a key role in the international fight against extremism and radicalisation.

On 29 November The Danish PM participated in an interfaith dialogue with several religious leaders and scholars including Prof. Dr. Nasaruddin Umar, Ibu Yenny Wahid and Father Franz Magnis-Suseno in the National Mosque Istiqlal. During the interfaith dialogue, PM Rasmussen launched a new Danish initiative to promote tolerance and anti-radicalisation in Indonesia. The programme is part of Denmark’s general effort to promote good governance, human rights, democracy and tolerance and will be implemented with The Asia Foundation as key partner. Rasmussen also paid a symbolic visit to the Cathedral on the other side of the road and was received by Jakarta’s bishop. The cooperation between the National Mosque and the Cathedral is a strong example of how religions live peacefully side by side – exactly how it should be. 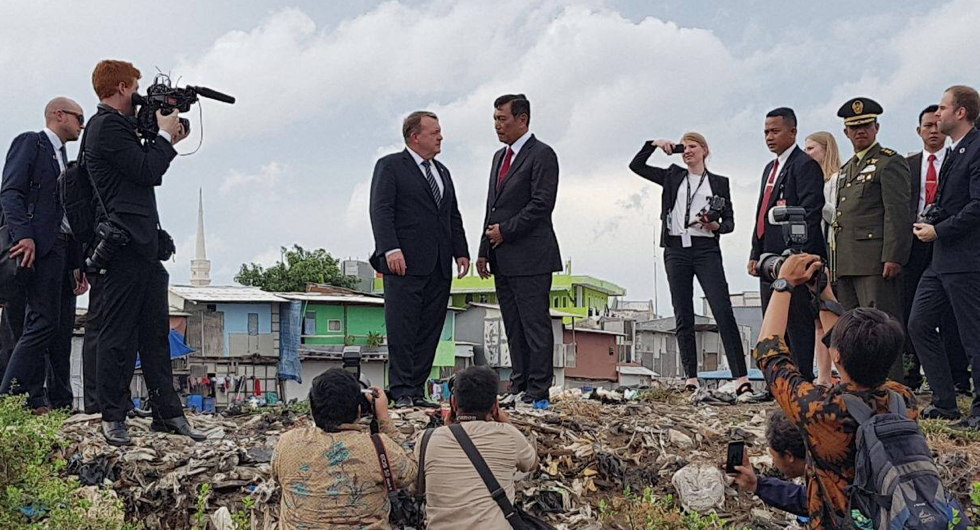