When the World Water Forum takes place in South Korea from April 12-17 the Danish Minister of the Environment Ms Kirsten Brosbøl is in attendance and a Danish Pavilion showcases Danish water technology and know-how. From Denmark Grundfos, Danfoss, AVK Valves, as well as DHI, DTU and Danish Water Forum exhibit.  World Water Forum is the world’s biggest conference on water, and water-related issues.

The minister is looking to put the water issue on top of the United Nations’ agenda, aside drawing attention to Denmark’s existing solutions, as big decisions are to be taken during the year.

750 million people are today living without access to clean drinking water, and within 10 years this will have increased to 1.8 billion people living in areas plagued by water scarcity.  And yet, up to half of the water is today wasted before it reaches those who should be drinking it.

Water resources are facing constant pressure from climate change, growing populations, pollution, and urbanization. Today 1.7 bill. people are facing water stress. In 2025 this is expected to rise to 5 billion. Figures like these calls for improved water management solutions and partnerships. “It is with a mixture of pride and frustration I travel to the World Water Forum.  Pride over the Danish water sector which is world class, and that can basically solve any problem, which refers to water and wastewater. But at the same time frustrated over that so many people do still not have access to clean drinking water or proper toilet facilities,” says Ms Kirsten Brosbol.

Earlier in the year the World Economic Forum announced that the limited access to water would become the largest global threat to economic development and human wellbeing in the coming 10 years.

In South Korea she meets, among others, United Nations’ vice general secretary Jan Eliasson, and UN’s advisory body (UNSGAB) to disccuss how sustainability goals can have maximized impact on the water area.

“I will work to ensure that we end up with a strong declaration, which shows the UN that water is one of the biggest problems while generating attention to the many Danish solutions that already exist. The world’s focus on the need to recycle, purify and conserve water can have big impact for Denmark and Danish green jobs.”

Danish is committed to an ambitious sustainable development agenda, which carries the potential to secure access to clean water for all, advance frameworks for global partnerships, increase financing for water, broaden public and private partnerships etc.

Prior to the conference the Minister of the Environment told the media that Denmark is turning climate change into an opportunity and leading the way in preparing for a water-scarce future.

It has become a showcase of clean water after 50 years of working on applicable solutions. Now it wants to export these technologies to the rest of the world.

By investing in measures to adapt to climate change, such as coastal protection, flood management, climate resilient buildings and food security, Denmark has used the climate threat to create jobs and raise exports as part of its green growth strategy.

Kirsten Brosbol added that government oversight had led to companies gaining an edge against international competitors as the global paradigm shifted toward sustainable development. 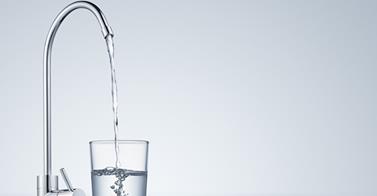 The country’s current success in the water industry is driven by public-private partnerships, as well as high standards of regulation and innovation.

Denmark also offers waste water treatment, with a patented technology called Exelys, which extracts energy out of the waste sent to the facility and at the same time reduces the sludge produced.

Denmark has established a number of activities in Asia to promote this potentially revolutionary technology and the country’s skills within water as the concern over clean drinking water and water treatment will increasingly push itself higher on the countries’ agenda.

Among the initiatives ‘specialist export advisors’ are being sent to embassies around the world, including China and Vietnam that serves as “entrance” points to Asia.

Potential markets from the Danish perspective are seen especially in Vietnam and Indonesia. In the promotion of Danish Export the Danish Foreign Ministry has appointed export ambassadors to support the export potential for Danish industries for some of the growing markets, including these two countries. The BRIC country China is also in focus via demonstration projects via the Danish Ministry of the Environment: improving groundwater mapping in China. And in Indonesia the ministry is involved looking at reduction of non-revenue water.

When Kirsten Brosbol visited China in 2014 she signed an agreement for Sino-Danish action until 2018 in water resources with her Chinese counterpart. Denmark’s relationship with China is very strong in particular within the environmental field, she then pointed out, seeing great potential within water, aside wind.

Exports of Danish water technology to China have doubled since 2006, and in 2015 the figure is expected to surpass €130 million.

Meanwhile, two Danish cities that have Chinese twin towns have established agreements within the environmental sector.

Copenhagen has become an official sister city to Beijing and signed an agreement to work together on water consumption and flood management (in addition to previous agreements for collaboration in areas such as sustainable urban development and tourism). During 2012-2020 China plans to invests €470 million in such efforts, and Danish water technologies can help improve efficiency further.

And, most recently, supported by the City Council of Aarhus, the water company DHI Water & Environment signed a contract in January 2015 with the authorities in Harbin to supply an advanced metering station able to monitor drinking water quality around the clock for the 6 million residents. The data from the new Danish metering station will be gathered and analysed in DIMS, a program developed by DHI and already in use in Aarhus.

“China represents enormous potential for Danish industry – especially within the fields of climate and environmental protection – and East Jutland has world-class companies in those fields, able to help the Chinese to tackle their big problems. We need to make the most of the opportunities presented to us, and make use of the links forged with senior executives in Harbin. By opening the doors for Danish businesses in China, we can hopefully create the conditions for further growth and development in Denmark,” said Aarhus mayor, Jacob Bundsgaard.