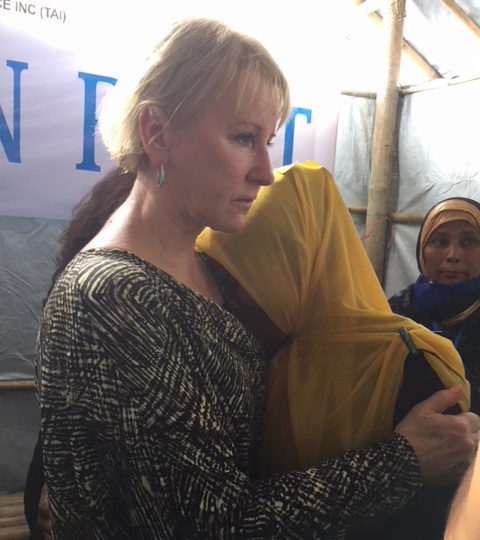 Margot Wallström began her journey by visiting refugee camps in Bangladesh, to which more than 620 000 Rohingya have fled from violence and abuse in Myanmar since August. In addition to refugees, Ms Wallström met representatives of the Government of Bangladesh, the United Nations High Commissioner for Refugees, the International Organisation for Migration and the International Committee of the Red Cross. The visit was made together with EU High Representative for Foreign Affairs and Security Policy Federica Mogherini and Germany’s Federal Minister for Foreign Affairs Sigmar Gabriel. “There is a serious humanitarian situation in the camps near Cox’s Bazar in Bangladesh. Reports show how Rohingya have fled from horrendous abuse and sexual and gender-based violence. By visiting the camps and speaking to representatives who are dealing with the situation there, I can form an opinion regarding the needs, and bring my impressions to the talks I will have with regional representatives and ahead of further international efforts concerning this very difficult situation,” Ms Wallström ahead of the visit.

The visit to the Kutupalong refugee camps in Cox’s Bazar was eye-opening for the foreign ministers of Sweden, Germany, Japan, Bangladesh, and the EU High Representative, reported the Embassy for Sweden in Dhaka.

During their visit the delegation was briefed by the IOM and UNHCR on the ongoing humanitarian crisis. Margot Wallström spoke to refugee women living in the camps, and briefed the media during the visit. In the Kutupalong refugee camps Ms Wallström sat in meetings with the women living in the camps to learn more about their experiences. She also spoke to the journalists and attended meeting with several international organisations working in the area.

Peace, sustainable development and increased cooperation between Europe and Asia are among the issues on the agenda when Ms Wallström then meets with her European and Asian counterparts in Myanmar’s capital, Naypyidaw, for an Asia-Europe Meeting (ASEM). This gathering of 51 European and Asian countries meets every second year at foreign minister level.

“The ASEM Summit is an opportunity to conduct a dialogue with my Asian counterparts on important global challenges, such as the participation of women in conflict prevention. It is also a good opportunity to discuss current issues in the region, in particular the situation in Rakhine State in Myanmar, but also other current issues such as North Korea, troubling political developments in Cambodia and tensions in the South China Sea,” said Minister for Foreign Affairs Margot Wallström. 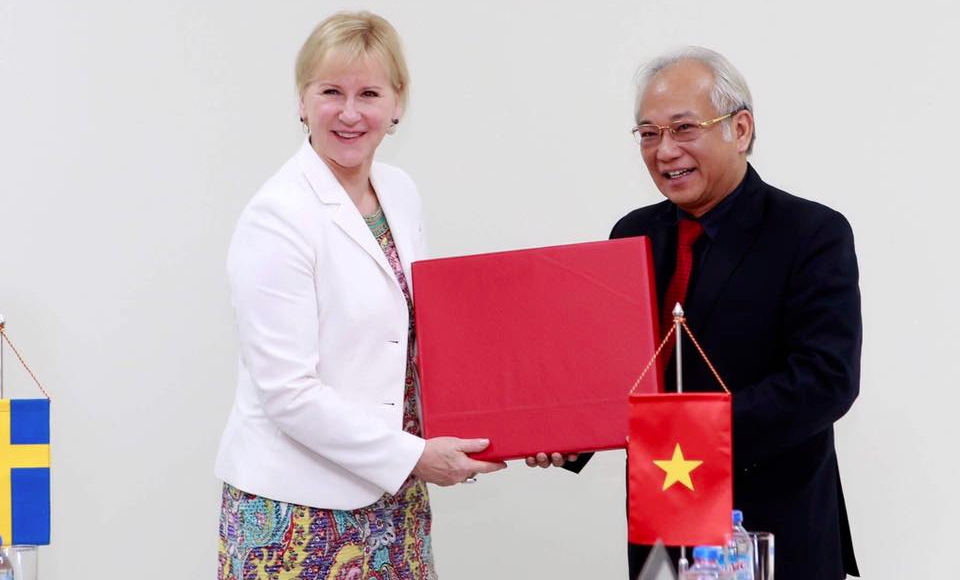 The trip concluded with a visit to Hanoi, Vietnam, for political discussions and meetings with civil society.

“Sweden and Vietnam enjoy long-standing bilateral relations. It is important that we have a political dialogue with government representatives of Vietnam concerning issues of mutual interest, as well as human rights. I will also meet young Vietnamese and civil society actors,” Ms Wallström had anticipated.

Ambassador Pereric Högberg wrote on social media that the talks between Swedish Foreign Minister Margot Wallström and Vietnamese colleague Deputy PM/Foreign Minister Pham Binh Minh in Hanoi had been inspiring. The meeting touched on developments in their respective countries, regions and the world. “As friends and partners since almost 50 years we enjoy a trustful, open and sometimes frank dialogue on issues of mutual concern. Sweden is here to stay – and we keep on talking and learning from each other!” 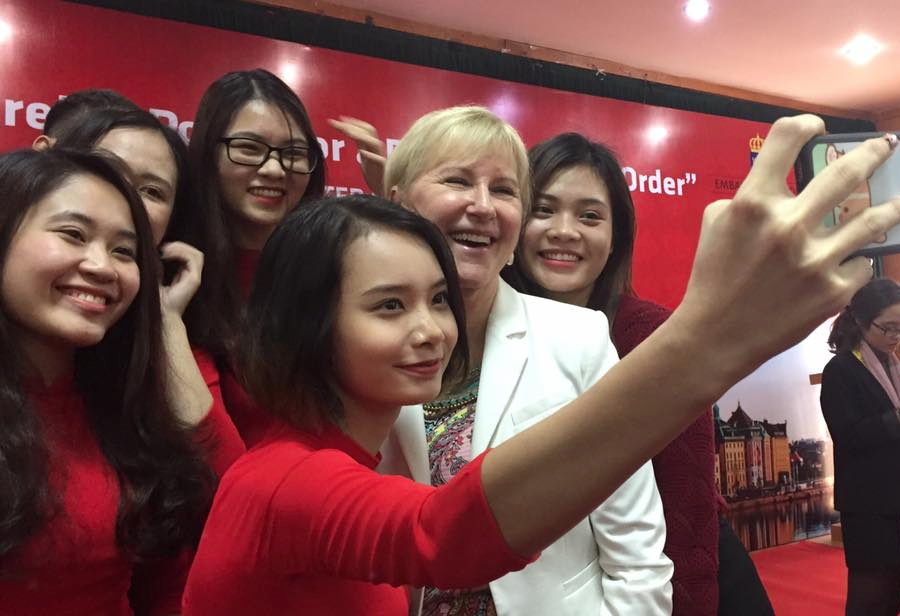 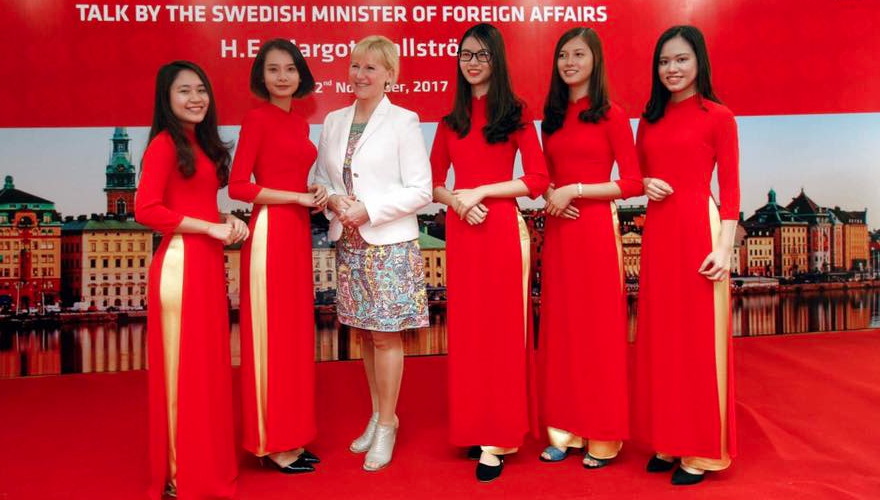