During 21 – 25 November 2016 Danish toy company Lego’s top management visited China in order to open factories, participate in innovation seminars, meeting several Chinese government official and signing an agreement with the Forbidden Palace – all done with the support of the Danish representations in China. On the 24th of November, the Embassy in Beijing facilitated the signing of a cooperation agreement on product development, content development, campaigns and cultural exchange between the Lego Group and the Palace Museum.

The Embassy has a framework agreement with the Palace Museum (Forbidden City) in Beijing that facilitates cooperation between the museum and Danish organizations or companies. The agreement was signed by Ambassador A. Carsten Damsgaard and the Deputy Director of the museum in the presence of H.R.H Princess Benedikte during her visit to China in June 2016.

A seminar on innovation and creativity was held in the Danish Culture Centre in the Beijing art district of 798, where the interconnection between playful creativity and education was further explored. Officials from the Chinese Ministry of Education attended the seminar.

25 November was a particularly big day for the Lego Group due to the grand-opening of their new factory in Jiaxing in Zhejiang province. The Ambassador of Denmark to China, A. Carsten Damsgaard and Consul General in Shanghai Nicolai Prytz participated in the opening. 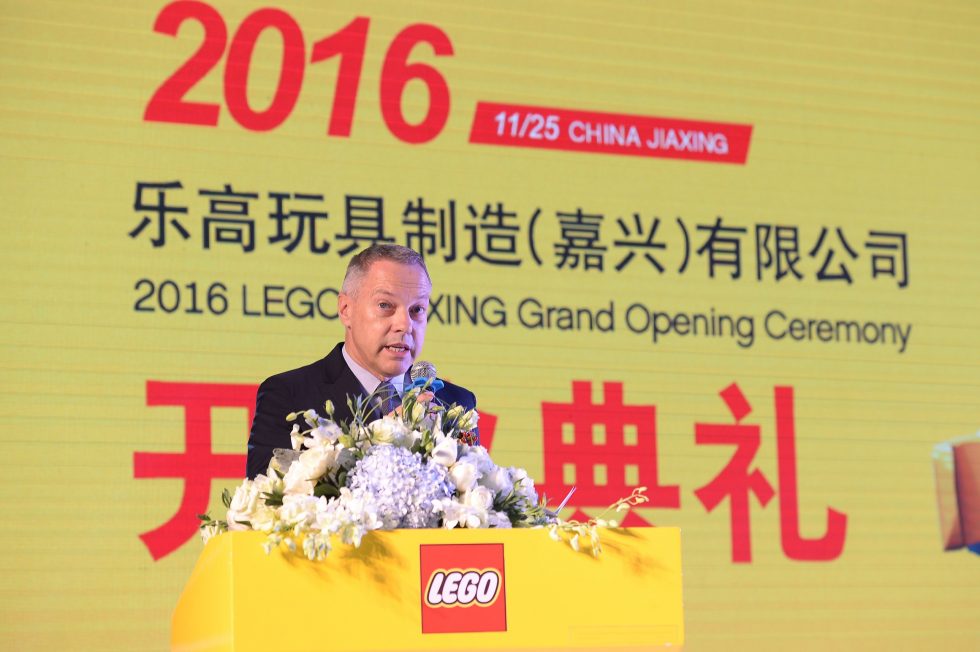 The new factory, which has been under construction since 2014, is one of the biggest investments so far for the toy producer and is expected to produce 70-80 % of all its products sold in Asia in the future.

CEO Jørgen Vig Knudstorp and Kjeld Kirk Kristiansen, representative from the family company behind Lego, attended the grand opening together with the 1,200 employees of the new factory, which is characterized by its keen focus on integration sustainable solutions and the highest safety standards.