The Swedes’ favourite destination Thailand is heading towards a critical stage. This is stated in a press release from the Swedish publisher Historiska Media on a new book from Bertil Lintner depicting the Thai history in a competent and vivid way. 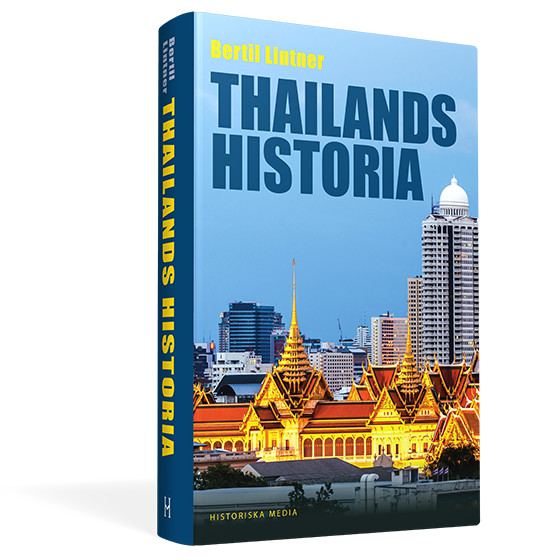 Thailand is one of the Swedes absolute favourite destinations. A warm climate, cheap accommodation, good food and exotic experiences attract them to visit the kingdom in Southeast Asia. Nevertheless, the country is misunderstood and reporting from there is sporadic, and in many cases misleading.

The present Thailand with Bangkok as the capital was established in the late 1700s. Its history is multifaceted and the country has survived many testing times; colonial powers rampage, two world wars, communist revolt in the 60s and 70s and no less than eighteen failed military coups since in 1932.

Today, the country is something of an economic miracle. But there is no lack of challenges. The country is politically divided and faces the accession of a new monarch. The rapid economic development causes the traditional structures to be on the verge of collapse, to be replaced by more modern power constellations and values.

Bertil Lintner depicts the history of Thailand in a competent and vivid way in ‘Thailands historia’. The journalist and author Bertil Lintner has lived in Thailand since 1979. Between 1995 and 2014 he was the Swedish Dagbladet’s Asia Correspondent.

He has previously written a number of books on Asia, including Burma’s history (2014). His new book is the first in Swedish covering the entire Thai history.

Historiska Media’s main characteristic is the release of popular historical literature and historical novels and detective stories. Among our authors are well-known names such as Antony Beevor, Anna Lihammer, Bengt Liljegren and Maria Gustavsdotter.