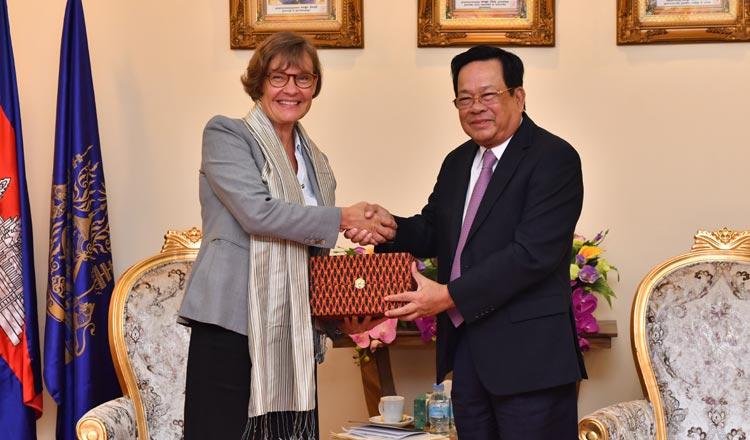 H.E. Ms. Maria Sargren, Ambassador of Sweden to Cambodia, who will complete her three-year diplomatic mission in Cambodia soon, has been doing a round of farewell-meetings with ministries and other dignitaries in the country. As a result, Sweden has received requests for help with several issues.

Labour Minister Ith Samheng also met with the outgoing Swedish Ambassador Maria Sargren and according to press reports, both parties had committed themselves to continue to cooperate in the labour sector.

“The government of Sweden has supported the Labour Ministry extensively, especially in creating the National Employment Agency, which really helped to create and provide jobs for Cambodian youths,” Mr Rith said. He told the media, that Sweden will continue to pursue further cooperation in the labour sector in Cambodia to strengthen the relations between Cambodia and Sweden.