Sweden is to re-open its embassy in Manila in December 2016 and on 7 November Economic Development and Innovation Minister Mikael Damberg, who arrived with the largest business delegation ever to the Philippines, inaugurated the mission. “Sweden has missions in 93 countries. The Philippines, with its 100 million inhabitants, the largest country in which Sweden has for a long time lacked san embassy. Our presence gives the opportunity to broaden our relations with the whole of society. Philippines is also an interesting export market with an average economic growth of 6-7 percent,” said Mikael Damberg.

“I see great opportunities to deepen our trade relations with the Philippines by promoting Swedish solutions and now with a strong Swedish presence on the ground. I believe that a Swedish embassy in Manila will help to open doors for increased Swedish exports and encourage new contacts,” he continued.

“A year ago, the Prime Minister of Sweden decided to reopen the embassy and he did this in recognition of the very positive developments of this country, at least the economic developments,” Swedish Ambassador-designate to the Philippines Harald Fries told local media.

Before continuing to lead another high-level Swedish business delegation to India, minister Damberg, along with the Ambassador-designate and the rest of the delegation, paid a courtesy visit to Department of Transportation (DOTr) Secretary Arthur Tugade and expressed support for the infrastructure and transportation plans of the Duterte administration.

The meeting signified interest on various transportation projects of the government such as development of a bus rapid transit system using high quality and high capacity buses, promotion of electric cars and cleaner fuel alternatives. The business delegation expressed support for government’s infrastructure and transportation plan, the transportation department said.

The delegation, with some 70 companies, organizations and authorities are represented, expressed interest in government projects such as the development of a bus rapid transit system using high-quality and high-capacity buses, promotion of electric cars, and cleaner fuel alternatives.

“The expression of support from the Swedish delegation is not only a welcome development following the launch of big-ticket transportation projects, but also demonstrates a strong business climate that goes beyond the country’s strengthened partnerships with China and Japan.” 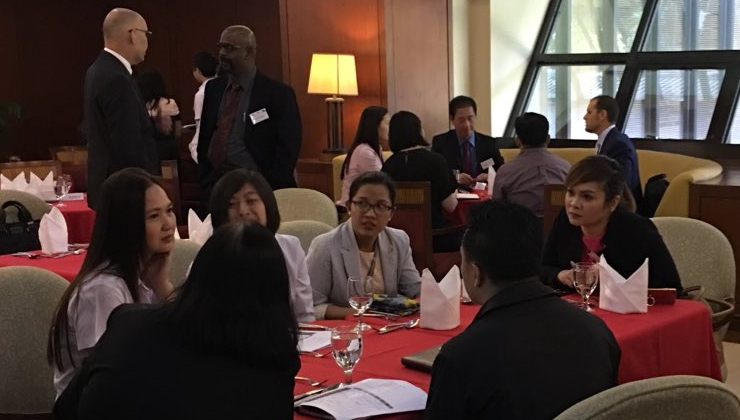 Trade between Sweden and Philippines however, he thought, is “much too low.”

“So there’s a great potential for enhanced trade and investment relations between our two countries.” Fries said he hopes to increase people-to-people relations, such as in the tourism sector, in academic or student exchange, and in the exchange of professionals. According to the Swedish government minister Mikael Damberg also met with representatives of a human rights organization, as well as the opposition in the country.

ScandAsia is also expecting replies from Minister Damberg, however his representative has yet to deliver the replies to our questions.