Sweden’s Embassy in Bangkok, with Ambassador Staffan Herrström and his spouse Karin Herrström and the embassy team as hosts, on 13 December held a very special ‘Lucia’ Christmas celebration. It was a warm and jolly evening “to enjoy a tradition very close to the hearts of us Swedes” – to quote the Ambassador.

Invited V.I.Ps, Thais and Swedes then were the first to experience the new ‘Neighbours From Afar’ photo exhibition, displayed at the evening event held at The Sukhothai in Bangkok, paired with a Swedish smorgasbord of Christmas food and warm mulled wine as welcome drink.

This exhibition highlights the 150 Years Anniversary of relations between Sweden and Thailand, and the unique people-to-people relationship that binds the two countries together. In the exhibition handpicked Swedes and Thais that have in various ways achieved something in their life, and in the Sweden-Thailand context. In his welcome speech Staffan Herrström pointed to the tens of thousands of Swedes and Thais visiting and living in each other’s countries – representing gamily ties, partnerships, friendships and commitments.

The Ambassader described it as “remarkable people-to-people relations. Someone once said: ‘We are like neighbours, apart from the geographical distance’. So in that spirit we have produced a photo exhibition highlighting individuals, many of them here tonight and in that spirit we have called it ‘Neighours From Afar’, because this is what the simple world relations really is all about. It’s about individuals, like us, about human beings connecting to each other.”

So aside the annual Lucia celebration this evening was also held to commemorate 150 years of bilateral relations. The ambassador described this as “a close and multifaceted friendship between Thailand and Sweden, between our royal families, between Thais and Swedes, all this is established by the treaty 18th of May 1868. Swedish companies have been investing and committed to Thailand for well over a century, many of you represent them here tonight, with tens of thousands of Thai employees and managers contributing to these companies’ successes.” 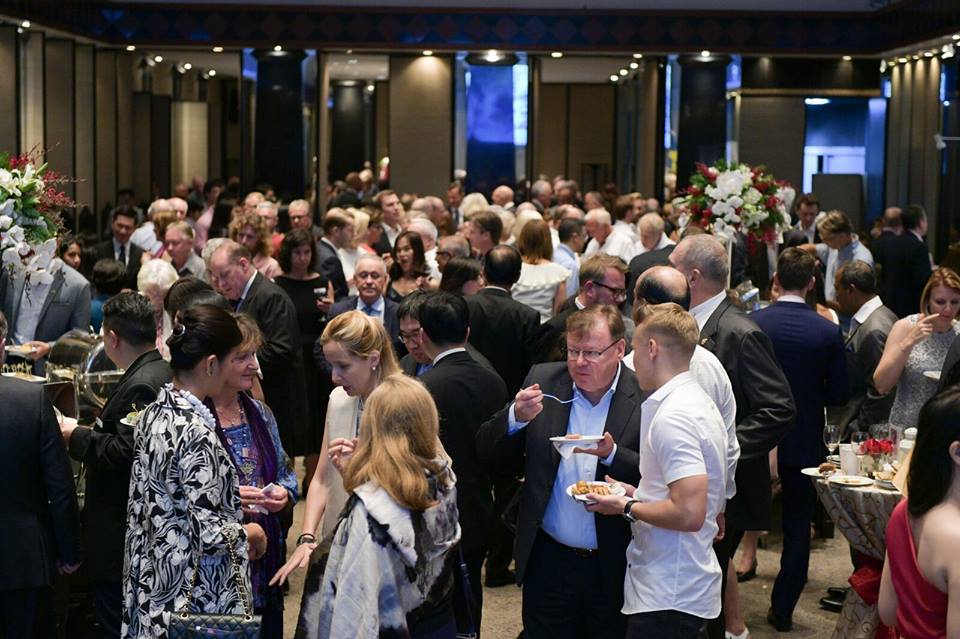 The ambassador said that the public will also get a chance to see the special photo exhibition in January 2019 at Bangkok Art & Cultural Center.

In his speech the ambassador also went on to highlight the mutual challenges and efforts that Sweden and Thailand are facing.

“We also want to look forward, to joined forces with Thailand in combating major threats to the environment, to humanity – to us all. The threats against the ocean, and threats with so many dimensions; one of them being marine plastic litter.”

“At least 45 billion plastic bags are consumed in Thailand yearly. All these end up somewhere and they stay on for centuries. Sweden and the whole EU have taken and will take measures to address this devastating pollution. In the same spirit we are trying to do more here and now at the embassy; like partnering with Thailand when our Ambassador for the Oceans, Helen Ågren, and Thailand’s Minister for the Environment attended a Swedish-hosted event on this theme.”

“And we are providing new funding through UN Environment to combat marine litter in Southeast Asa. And we will provide you with a reusable textile bag when you leave tonight. Thai and Swedes have a great history together; let’s now join forces greening our joint future.”

Photos: Embassy of Sweden in Bangkok