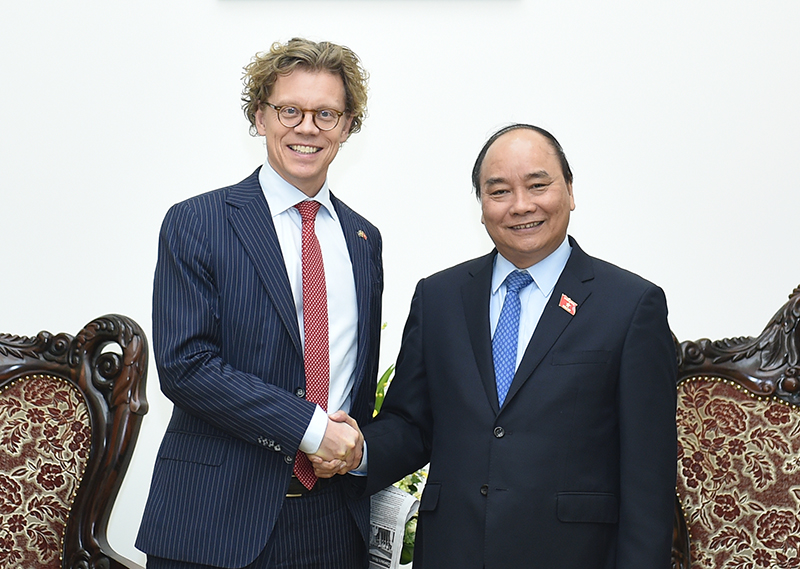 At a reception for Swedish outgoing ambassador Pereric Hogberg in Hanoi on July 31, 2019, Prime Minister Nguyen Xuan Phuc expressed hope that the cooperation would increase even furtrher, especially trade and investment.

Sweden’s investment in Vietnam tripled in 2018 from nearly 370 million USD in 2017, and two-way trade reached about 1.5 billion USD in 2018, the Prim Minuistrer said, adding that the figures yet had to match the potential of the two countries.

According to the news released by VNA, The PM suggested the two sides work harder to increase the figures and step up collaboration in innovation, science and technology, and asked the ambassador to convey his invitation to his Swedish counterpart to visit Vietnam.

The news agency writes that Pereric Hogberg in his reply highlighted the fruitful relationship between Sweden and Vietnam over the past 50 years and expressed his belief that it will further develop in the next half a century.

The ambassador said Swedish businesses want to invest in many sectors in Vietnam, and more and more Vietnamese firms are interested in the Swedish market.