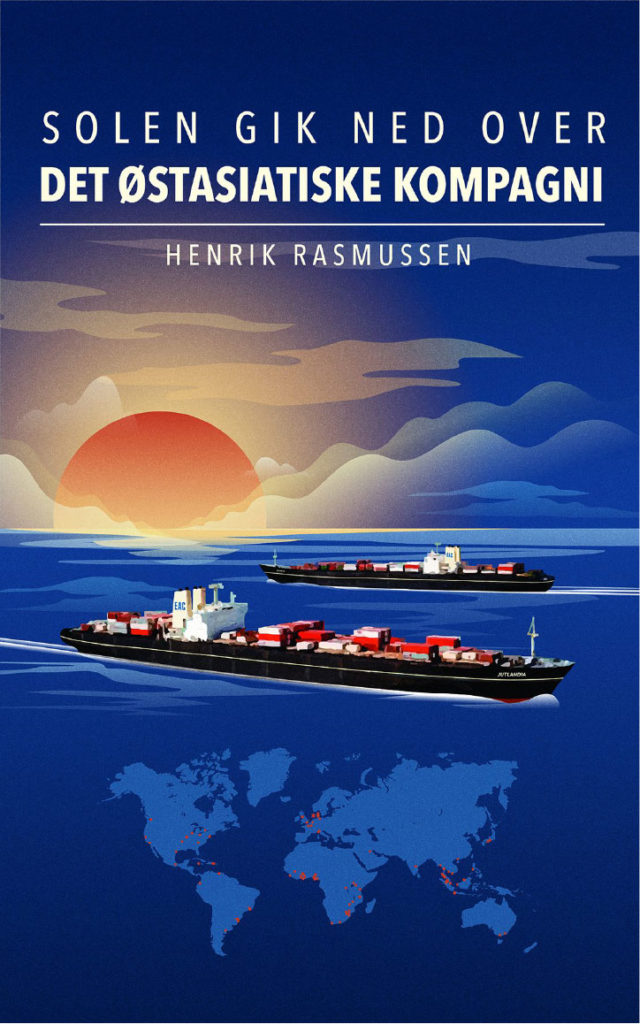 The last chapters in Danish business history about East Asiatic Company should be rewritten, writes Henrik Rasmussen in a newly published book in which he tells the true story of the EAC group’s failure to maintain its existence.

For many Danes with a historical interest, especially business people, the name Østasiatisk Kompagni – often abbreviated to only ØK  – will be associated with a slightly sentimental memory of greatness, something exalted and exotic, teak and mahogany furniture and above all a worldwide presence. The company that helped many of today’s largest Danish companies enter world markets.

But the previously known and accepted explanations for the Company’s dramatic closure do not cover the deeper reality, so the last chapter in the company’s Danish business history should be rewritten, says businessman Henrik Rasmussen, who was himself educated at EAC and made a career in the Company for over 30 years.

Half a century ago, EAC was not just Denmark’s but the Nordic region’s largest company, with over 40,000 employees in many different industries. EAC’s turnover in the 70s corresponded to 10 per cent. of Denmark’s entire GNP. The EAC people were internationally oriented, often with experiences from several continents long before the word globalization became a permanent part of the Danish language. The EAC was a national treasure with historical links to the Royal House.

Up through the 1980s, the proud Company sailed into stiff headwinds and high seas. Critics spoke of inbreeding and complacency in management and the board as a main cause of the problems. The proud company was hit by turbulence. After the turn of the millennium, the EAC was only a shadow of itself. The divestments and closure of the company’s assets proceeded rapidly in an incomprehensible process. Today, the EAC is just a name from the history books and forgotten by most.

Henrik Rasmussen has writing this book called ‘The sun went down over the East Asian Company’ about the ill fate of his long-time employer.

The first part outlines EAC’s early beginnings – all the way from Andersen & Co. in Siam, then Thailand in 1884 over the EAC’s registration as a Danish listed company in 1897 over the founder H. N. Andersen’s death in 1937 and Prins Axel’s and Hakon Kristiansen’s skillful takeover of management until modern times in 1960.

The second part describes the Company’s development in the period 1960-1992, starting from the reigns of directors Mogens Pagh and Henning H. Sparsø.

The second and third periods of the book are based predominantly on insider information from managers, colleagues and/or the author. For the third period, i.e. 1992-2020, several of the directors who were responsible for the remaining companies during this period have read and/or co-authored and approved the course of action for all their respective companies before they were sold, closed or lost to creditors.

This includes, among other things, the managers of EAC Shipping, EAC Graphics, EAC Timber, EAC Industrial Ingredients, EAC Trading, Santa Fe, Plumrose, EAC’s China trade and Denerco. The managers’ names are mentioned at the back of the book, where the author thanks them for all their help. No previous authors of books about the EAC has had access to so much factual information, especially about the last phases of the EAC Group’s life.

The fourth part describes the EAC’s unique student education system, which formed the background for the ‘EAC spirit’, as well as a section specifically on the management of the EAC and on management in general.

The fifth part takes stock of the EAC’s fate right from the start of the problems in the periods from 1960-1992 and not least the years 1992-2020, where Henrik Rasmussen, with the assistance of colleagues, gives some suggestions as to why the boards coming from outside failed, and which good opportunities the non-EAC trained leaders had to maintain a strong and viable EAC when they took over responsibility and power in 1992.

In both the second and third parts, Henrik Rasmussen vividly describes some of his own observations and tasks where appropriate into the story. The author’s story in the Company is told at the end.

The book has been published by the author’s own publisher on commission from Forlaget Underskoven.
207 pages with many original illustrations – all drawings.
Release date: August 19, 2022.

2 Comments on “New book about how and why EAC failed”