Following on the pilot strike on Thursday 6 March the conflict has remained unsolved, with continued strikes throughout the weekend.

On Sunday 8 March almost all domestic flights in Norway and Sweden were be cancelled, while a few domestic routes in Denmark operated. Most flights between the Scandinavian capitals were also cancelled.

Long-haul flights to the US and Thailand remained unaffected. 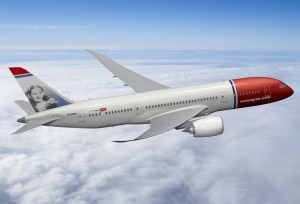 “Norwegian has during mediation  presented an offer that will give the Scandinavian pilots job security, a job  guarantee for three years, keep their salaries and, not least, have a connection  with the mother company. It is therefore extremely disappointing that it was not possible to reach an agreement with Norwegian Pilot Union (NPU) and Parat at the state mediator’s office. This means that sadly, the strike will continue,” said a Norwegian press release.

Norwegian lost 1.6 billion NOK in 2014. The company has since October 2014 been in discussions with NPU and Parat to jointly identify cost  savings and efficiency, without success.

Norwegian has hired Small Planet Airlines to operate some of its flights in Europe after around 700 of the company’s pilots went on strike, according to TheLocal.se.

On Wednesday night, 5 March, Norwegian Air chief executive Bjørn Kjos warned that the pilot strike which grounded his entire Scandinavian fleet on Wednesday could only continue for a matter of weeks before putting the survival of the company at risk.

He said that the company could simply not afford to grant pilots the collective employment agreement they are demanding.

“We must accept that the temperature is high,” he said. “They know perfectly well what is possible. As recently as last night we sent over a whole package of them and we have not heard a peep. They want to have control over all flights in and out of Scandinavia. This is of course impossible.”