The longer fresh fish is placed in stock the lower the quality gets. That should be easy to understand to most people, but in China the Norwegian salmon is often held back longer than the salmon from Scotland or Faroe Islands before it is sold in the Chinese supermarkets.

That is what Sigmund Bjørgo, who is working in the Norwegian Seafood Council said to the Norwegian business paper Dagens Næringsliv. And the Norwegian-Chinese situation is only getting more complicated concerning the fish market. 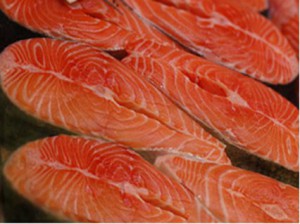 When the Norwegian fish is held back it cannot compete with salmon from the other import countries such as Scotland and Faroe Island, he explained.

Sigmund Bjørgos understanding of the situation is confirmed by the fish seller Fan Jian from one of the Shanghai markets.

“I have not seen one fresh Norwegian salmon for a month,” he told Dagens Næringsliv.

These comments come shortly after the Norwegian Minister of Foreign Affairs Espen Barth Eide was quoted in Norwegian medias saying that “It is a pronounced wish from both countries,” to make history out of the conflict. A conflict that started three years ago, when the Nobel committee awarded the Chinese dissident Liu Xiaobo the Nobel Peace Prize.