The relatively new sport Padel, has become very popular around the world lately. It says, that a  Padel similar game, was played on a cruise ship already in the 1920s, but it is the Mexican Enrique Corcuera who is seen as the father of Padel.  The rules that are followed in this sport today were set in year 1974. 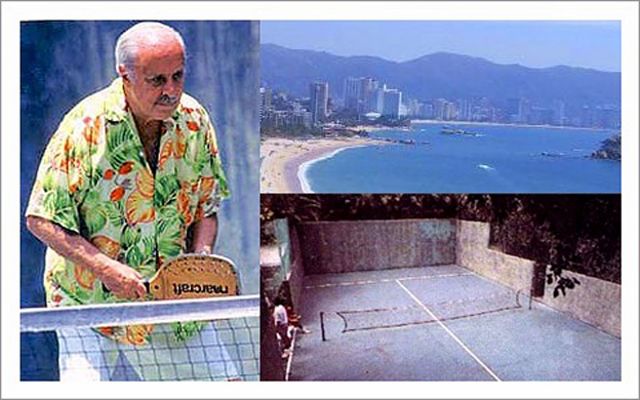 This is a short background story about how Padel started and became popular.

In 1969, Alfonso Hohenlohe, a Spanish prince, in Alcapulco, Mexico, was visiting his friend Enrique Corcuera. Enrique had built an underdimensioned tennis court on his land, a facility with walls on all sides. You could play the ball with help of the walls, similar to squash and one uses a similar perforated racket that you use to the paddle tennis. Prince Hohenlohe changed the rules a little both for the game itself and for the court. He came to love this sport so much that he let build 2 courts on his private Marbella Club at Costa del Sol , Spain.

Padel soon became THE SPORT. The Argentinian millionaire Julio Menditenquia, regurarly came to visit Marbella and also fell in love with the  racket sport and decided to develop Padel in Argentina. In only a few years, Argentina got 10.000 courts and 3 million players. Through visiting tourists, the sport Padel travelled further up to the northern part of the world.

In year 1991, the International Federation of Padel was invented in Madrid. The first World Tournament was played in 1992.

In year 2005 The Padel Pro Tour was established, the first professional Padel Tour with the best players from all over the world. The tournament was played in Spain and Argentina and the “first  historical run up among the women were Carolina Navarro and Cecilia Reiter and among the men, Juan Martin Diaz and Fernando  Belastequin.

In 2013 World Padel Tour (WPT) took over the patronage for the world’s best players. In Spain Padel has become the biggest sport today. Sweden has also got a Padel court in almost every corner today. In Stockholm, you will find a beautiful court built on a pontoon along the quai  by Strandvägen, as well as one very exclusive on the roof of the legendary departmentstore NK (Nordiska Kompaniet). It normally says that Padel in Sweden started in Båstad, the place very wellknown for tennis tournaments, but it’s not the whole truth. Padel came already in 1998 to Sweden and the first court was a home made court made of plywood by the carpenter Thommy Andersson, who built a court on a small location named Grevie in Skåne, south of Sweden. Thommy could not in his wildest fantasy dream of how huge and much loved Padel would become. The real Padel boom in Sweden started when the tennis star Jonas Björkman and the popular singer Måns Zelmerlöw opened a Padel center in Stockholm 2014. Many of the wellknown Swedish sportlers started to show an interest in Padel. Our football king, Zlatan Ibrahimovic, has also invested in Padel centers. 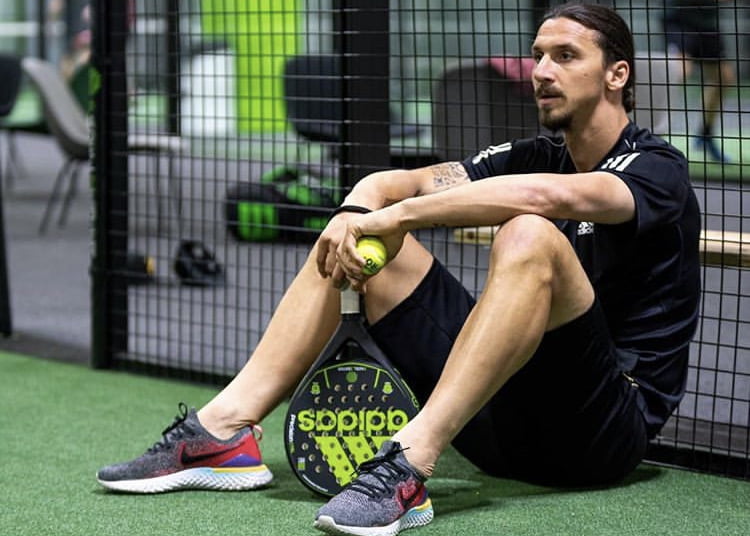 In the last 2 years, 7 Padel courts have been built in Thailand and one of the first was Padel Bangkok Thailand by Gio & PadelAsia.

On Saturday February the 19th 2022, 4 Swedish families organised an opening of their Padel court, located at Hotel Ambassador on Sukhumvit soi 11. These 4 couples are big fans of Padel, both husbands and wives. On the opening evening , many of the Swedish community members showed up and enjoyed a nice evening there the owners welcomed the “future Padel enthusiasts” in a speech, while the guests sipped on bubbles and drinks sponsored by Estrella Damm beer and main sponsor PECUNIA. The Swedish ambassador H.E. Jon  Åström Gröndahl, accompanied by his wife  Helena and daughter, gave a speech and cut the ribbon. Jon didn’t show any hesitation when he was asked on the court and given a racket. It wasn’t long ago, since he cut the ribbon at the Swedish managed Fitness Center 24/7 and had to show his strength on the stage. Opening this Padel court has in fact been the dream for quite a while of four Swedes,  Johan Arvling, Fredrik Bergman, Anders Frummerin and Martin Mellblom. They all played at a court located on Ratchadapisek, but as it isn’t just around the corner, they wanted to get a Padel court more close to Sukhumvit. Anders accompanied  his son Noa, to his boxing sessions, at Hotel Ambassador on Sukhumvit soi 11 and here he found the right spot. The ball rolled over to Fredrik, who contacted the hotel and suddenly the world received the today most hated virus Covid, and the project had to be postponed.

During Covid the guys looked for constructors and materials and from what I understand some of their wives were involved when it came to interior products like chairs, sofas and tables for the lounge. As we all know, behind every successfull man stands a woman with a strong will. A padel racket can be selected based on level, such as beginner, intermediate and advanced. As mentioned this racket sport can be compared to tennis and squash. It’s played in doubles on an enclosed court roughly 25% smaller than the size of a tennis court. The scoring is the same as normal tennis and the balls used, are similar to tennis balls, but with a little less pressure. So, how will you dress at the court? The answer is, similar to when you play tennis or squash.

Don’t hesitate to give Padel a try. You might be as addicted as the rest of the world.  A group of SWEA Bangkok members, have already got addicted to this  racket sport and they all say it’s easier than tennis or squash.