Early last year, AIT researchers selected two dumpsites (one in Saraburi, the other in Nakhon Nayok) to analyze the dynamics of plastic waste. These dumpsites are currently used by INSEE Ecocycle, a subsidiary of Siam City Cement Group to process plastic waste for the cement industry and this is where the cement industry comes into the picture. If plastic waste is converted into heat and used as an additive to the fuel (a process known as “co- processing”), it can lead to multiple benefits, including massive recovery of plastic waste, negligible residue, higher efficiency, and most importantly, a major reduction in marine pollution. 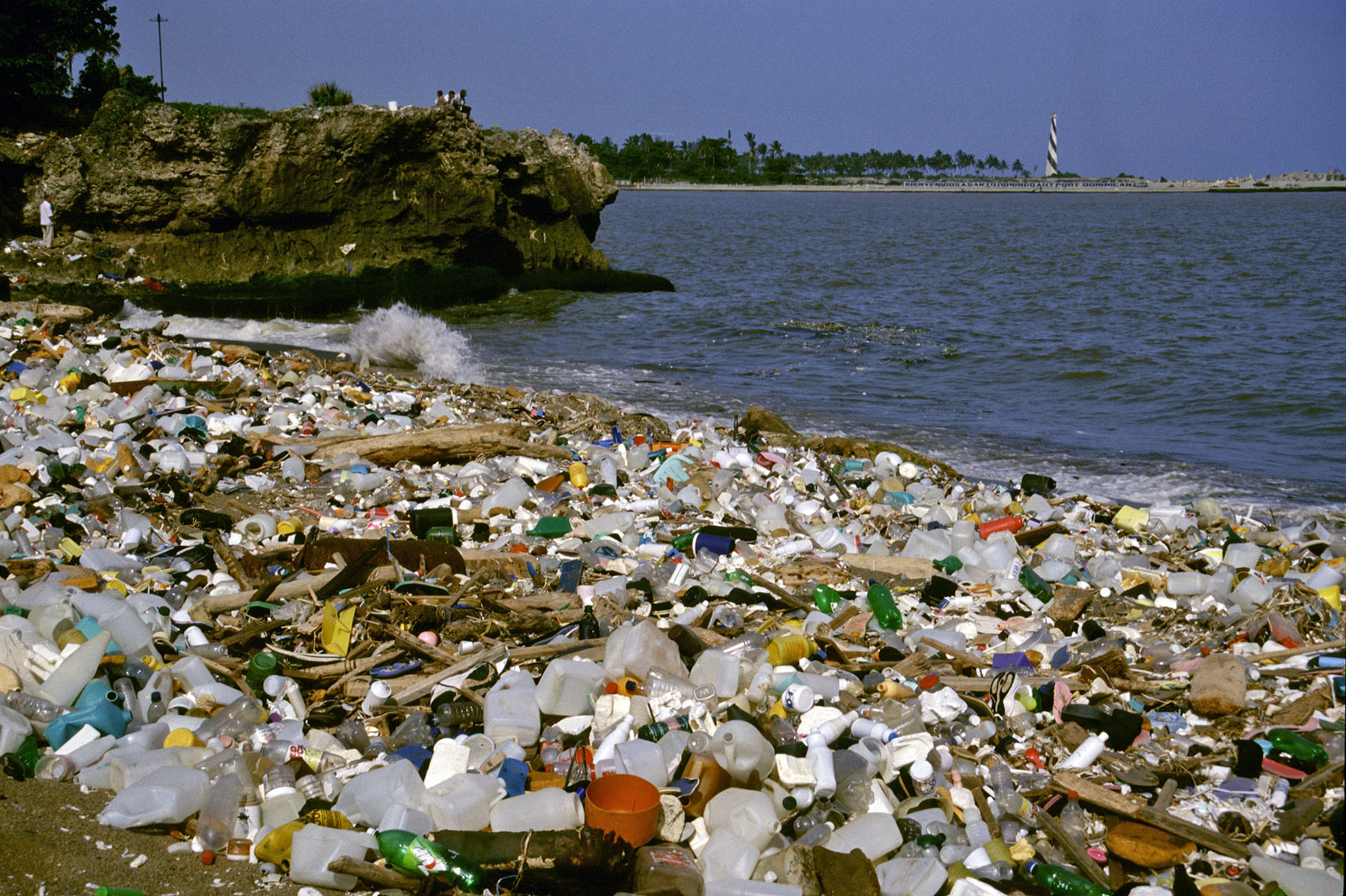 “Dumpsites have emerged as a major source of marine pollution, and the situation gets complicated during the rainy season and it becomes unmanageable in case of floods,” says Prof. C. Visvanathan, Professor of Environmental Engineering and Management at AIT. The challenge is to reduce the plastic from dumpsites entering the seas as well as implementing an efficient way of recovering plastic waste. The challenge is compounded in Thailand since 30 percent of the country’s population live in watershed areas, making Thailand a top source of marine pollution.

“Based on the two case studies, we estimate that the amount of plastic waste in dumpsites in Thailand is almost 100 million tonnes, with plastic accounting for 42 percent of the total waste,” says Avi Sharma, a recent AIT alumnus, who spent half a year studying dumpsites in Thailand. There are 110 landfills in Thailand along with 2,380 dumpsites. Based on their studies, the AIT researchers concluded that if the dumpsites and landfills are put together, the plastic waste recovery potential in Thailand is almost 190 million tonnes, adds Mr. Avi. According to a previous study by Ocean Conservancy, 80% of marine plastic pollution is generated by the land-based activity. So, this accumulated plastic waste in dumpsites and landfills can easily percolate into water bodies and become a major stakeholder in marine plastic pollution. For the cement industry, which relies on coal as fuel, AIT experts suggest that the addition of a five percent component consisting of plastic waste can significantly contribute toward ameliorating the plastic waste problem. Due to the high temperatures in a cement kiln (in excess of 1,450ºC), all plastic waste is effectively disposed of within minutes, with no leftover residue. This practice is also acceptable to both the Basel Convention on Hazardous Wastes and the Stockholm Convention on Persistent Organic Pollutants (POPs). It reduces overall greenhouse gas emissions, and replacing fossil fuel with plastic waste requires no significant change in the production process.

Yet the project faces challenges. “A lack of policy initiatives is the first major hurdle,” says Prof. Visvanathan. There is an existing policy framework for converting waste into energy, and provincial authorities support such measures. But there is a lack of policy incentives for using plastic waste as an alternative fuel in the cement industry, which makes it difficult to convince the industry to reach out to dumpsites. Any incentive will trigger the adoption of this practice — be it as a tariff, a subsidy, or any other method. “The solution we are proposing is viable but not conducive. It is time we made it conducive,” Prof. Visu concludes.

AIT and INSEE Ecocycle will however continue to document the environmental benefits of this practice, as partners in the Norwegian funded project called “Ocean Plastic Turned into an Opportunity in Circular Economy.” This regional project seeks to showcase that the involvement of Resource and Energy Intensive Industries, like cement manufacturing, will increase the treatment capacity for non-recyclable plastic wastes and constitute a win-win concept and a fundamental pillar in circular economy – and reduce the release of microplastics to the ocean.

The five partner countries of OPTOCE, China, India, Myanmar, Thailand and Vietnam have currently few environmentally sound treatment options for plastic wastes but thousands of cement-, steel- and coal fired power plants using huge amounts of coal and emitting a large chunk of the world GHGs. Replacing some of this coal with waste plastics (and MSWs) will be environmental sound compared to dumping or building new incinerators.

The project is managed by the Norwegian Foundation for Industrial and Scientific Research, SINTEF, which is one of Europe’s largest research organizations. Lessons learned from country pilots will be shared through a Regional multi-stakeholder forum enabling awareness raising, capacity building and efficient replication across the continent.