The Danish film ‘Pagten’ by one of the most acclaimed contemporary Danish filmmakers, Bille August was recently honored with two Tiantan awards at the 11th Beijing International Film Festival.

Receiving the award on behalf of the winners was Deputy Head at the Embassy of Denmark in China, Dorthe Lange while Bille August, Nanna Skaarup Voss, Christian Torpe, and the two main characters in the film, Birthe Neumann and Simon Bennebjerg, were following the announcement from Denmark.

Bille August has previously been honored at the Beijing International Film Festival. In 2019, he received a Tiantian Award for Best Film for ‘Happiness-Per’. 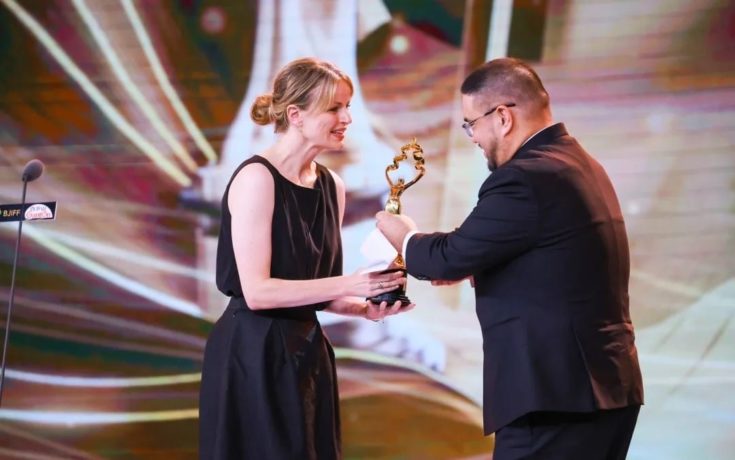