The Multiple-Entry Tourist Visa is valid for 6 months from the date of application and gives the holder 60 days stay on each entry during those six months. If the holder enters the Kingdom close to the expiration day of the visa, it can be possible to stay close to 8 months in Thailand on a METV.

The decline of almost 50 percent goes against the general belief, that on the contrary more retired Danes would opt for the METV visa this year. It was speculated, that since the Danish Embassy in Bangkok is no longer issueing an income statement for use when applying for a retirement visa, then some people would rather apply for the METV instead of requesting the Danish pension disbursing office to issue the income letter – since this would likely draw attention to the fact, that they actually spend the majority of the year in Thailand.

That would have explained the current decline in Danes renewing their retirement visa this year, as previously reported by ScandAsia.

The Multiple Entry Tourist Visa (METV) was introduced in November 2015. It was hoped, that it would boost Thailand’s tourism industry, bring increased revenue into the country and help prepare Thailand for the ASEAN community. The fee is 1,250 DKK in Denmark – equivalent to 5.000 THB.

When applying for an METV, the applicant must (apart from the usual documentation) also submit at copy of a bank statement with minimum balance of DKK 37,000. It is the equivalent of a minimum 200.000 THB that must continuously have been in your bank account for the past 6 months from the date you submit the application.

It is also a requirement that – in case of residing with a family in Thailand – that the host family must submit an invitation along with a copy of their undersigned Thai ID or house registration. 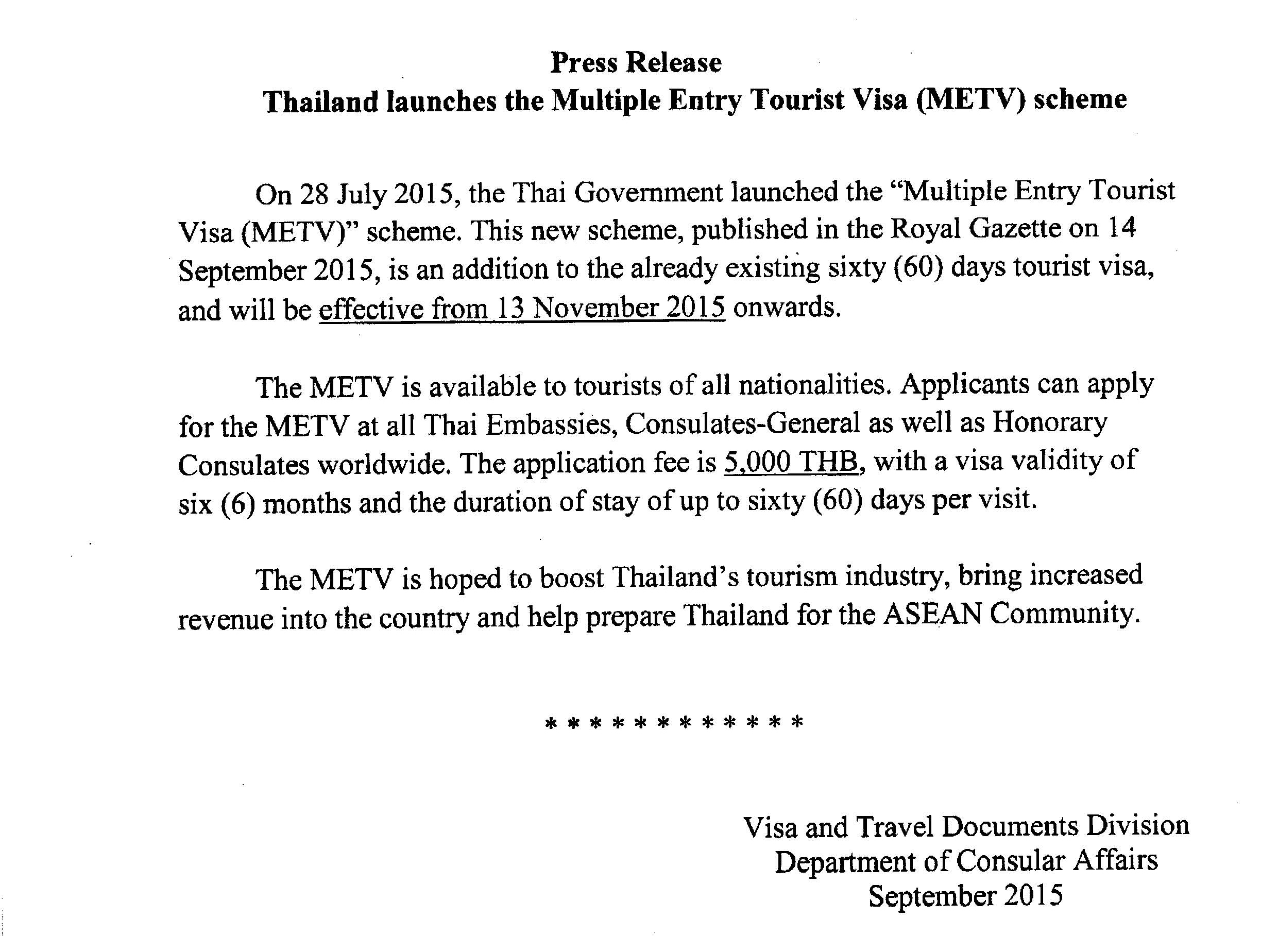