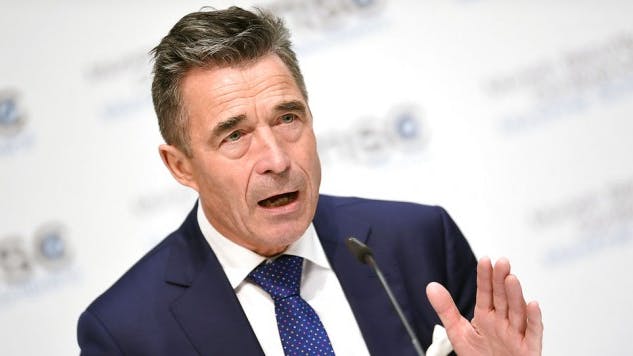 Anders Fogh Rasmussen, former Danish Prime Minister and Secretary-General of NATO, recently said that if China threatens Taiwan, Denmark and the rest of NATO must be ready to help Taiwan, and “it must be done militarily.” The former Prime Minister made the statement during the Danish program Lippert on TV2 news where politicians are invited to discuss their opinions freely.

Taiwan has since the end of the Chinese civil war in 1949 functioned as an independent country yet China continues to regard the island state as a Chinese province that will soon be reunited with the mainland. Especially in recent years, the Chinese military has violated Taiwanese airspace with fighter jets, while the regime’s naval ships often sail through the strait near Taiwan.

“There is already a military defense agreement between the United States and Taiwan, in which the United States supplies the Taiwanese with weapons. Therefore, there is no doubt that the United States will respond. But I think we need to help the Americans. NATO and the democracies of the world must stand together and defend Taiwan,” Anders Fogh Rasmussen said.

When asked if he is talking about a war between NATO and China, the former Prime Minister said that he does not believe that will happen.

“But the best way to prevent it from happening is to send a very clear message to the Chinese. If they even consider attacking Taiwan, there will a strong military response,” he said

In 2019, Chinese President Xi Jinping called the reunification “inevitable.” And several times the year 2049, the 100th anniversary of the creation of the People’s Republic, has been mentioned as a possible cut-off date.

Meanwhile, Taiwan is trying to completely break away. The country has its own flag, defense, currency, and since 1996 a democratic system that protects the freedoms of the more than 24 million inhabitants.