In Spain, they call it the “wild and athletic cod that returns home every year”, in Germany “the gold from Lofoten” and in France as a “premium seasonal product”. There is no doubt that Norwegian skrei has caught the media’s interest in Europe this year as well.

The corona pandemic has impacted the 2021 skrei season in so many ways. With travel restrictions and closed restaurants, the Norwegian Seafood Council have adapted the way we work.

Anette Grøttland Zimowski, Head of International PR with the Norwegian Seafood Council says in a statement “This year, we have not been able to organise any press trips to bring foreign journalists to Lofoten. Nevertheless, we see that there is great interest among media and bloggers to write about skrei. In fact, our media coverage is currently higher than in previous years, despite the very demanding market situation”

Norway exported 29,200 tonnes of fresh cod worth NOK 1.1 billion during the first quarter. Of this, 3,900 tonnes were quality labelled skrei, worth some NOK 165 million. The Norwegian Seafood Council’s envoys in France, Spain and Germany report a growing interest in skrei among journalists, social media influencers and chefs in recent months.

Kristin Pettersen, the Norwegian Seafood Council’s envoy to Germany says “The Germans have generally shown a great interest in seasonal raw materials, and here the story of the Norwegian skrei is an ideal fit. To raise visibility, we have, among other things, completed a digital cooking course and launched a separate cookbook for skrei, which is available in German and Spanish”

After the first three months of the year, she has counted 22 features on TV and over 200 articles in newspapers and magazines about skrei in Germany. That is more than during the first quarter of 2020.

“We have received a lot of attention in the media and experienced a great deal of engagement in social media. It is exciting that the most prominent media organisations have covered the skrei and that the total reach of this coverage has been 56 million Germans”, says Pettersen. “The gold from Lofoten”

Among other things, Pettersen points to one of the country’s most influential media players, the Frankfurter Allgemeine Zeitung (FAZ), who devoted a great deal of space to the skrei in February. In post-testing more than 3.3 million readers were able to describe this winter cod as something “special from the Arctic Ocean”, “the gold from Lofoten” and that “wintertime is skrei time”.

Kristin Pettersen says “These are just a few examples of the strong position of the skrei in the German market. We also see that important influencers have raised it on social media. In his food column in “Bunte”, a magazine that reaches almost three million Germans every week, one of Germany’s most famous chefs, Eckart Witzigmann, recently wrote about why skrei is so special. He pointed out, among other things, how honey can make this “noble fish” even more delicious.”

In France, the Norwegian Seafood Council’s envoy Trine Horne has sent out food boxes signed by chef Alexia Duchêne to the most influential French food magazine journalists. The news website Cnews.fr, which has over two million unique users, presented Duchêne’s skrei recipe and at the same time told the story of the skrei, described as a “premium delicacy”.

“We have had more media coverage this year than last year. Our main message has been to provide inspiration and tell the story of the skrei, and here the food boxes have contributed positively. Also, the move to let a group of French celebrity chefs front the skrei campaign on Instagram was very successful. In total, they have around 700,000 followers, which gave excellent reach, says Trine Horne.

The pandemic has hit Spain hard, and there have been strict restrictions in place for a long time. This prolonged closure has forced the Seafood Council’s envoy to Spain, Bjørn-Erik Stabell, to think differently about implementing communications initiatives.

Bjørn-Erik Stabell says “Instead of inviting the journalists to come to Norway, we challenged some of them to contribute a recipe. They were sent skrei to their home location and then competed against each other from their kitchens. The famous Michelin chef Mario Sandoval picked out the three best cod dishes, which then ended in a final. 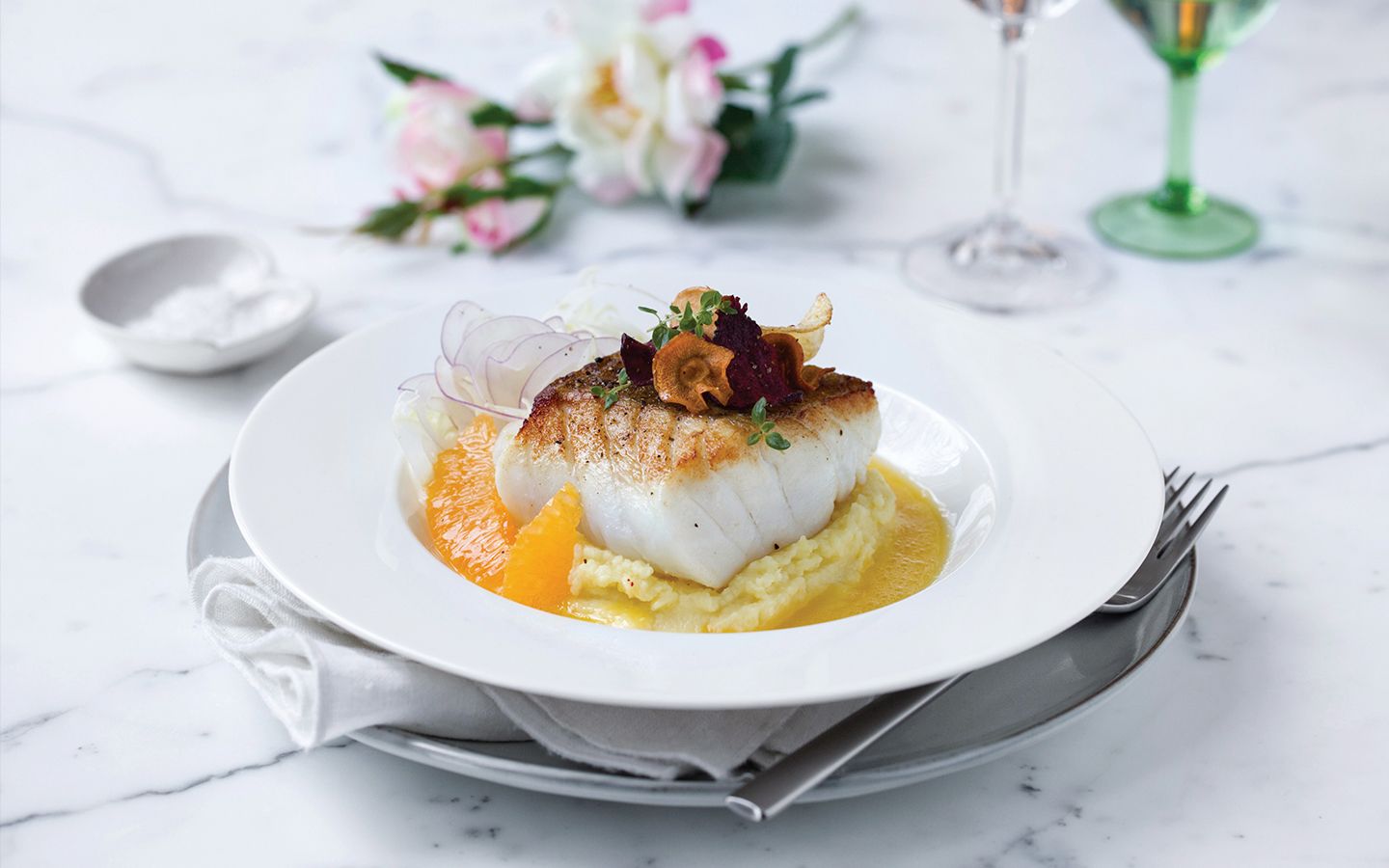 TV stations have also opened their eyes to the cod. TeleMadrid, the largest TV station in the Spanish capital, visited the Michelin-starred restaurant Coque in February. Here, owner Mario Sandoval served recipes and told the story of the cod.

“Recently, the Norwegian ambassador to Spain, Odd Mølster, also cooked a skrei recipe on TV in Spain’s largest food channel, Canal Cocina. He has captured the media. The ambassador has done a phenomenal job of inspiring others to try skrei out, and he has also conveyed its unique story. Overall, skrei has generated more media coverage this year than last year, says Bjørn-Erik Stabell.
A story that returns every winter

He points out that both the major newspaper ABC and Metrópoli, one of the most influential magazines for leisure and trends in Spain and distributed with El Mundo, have paid close attention this skrei season.

Bjørn-Erik Stabell says “In February, ABC published a major article in which skrei was described as both “the king of cod” and a sustainable quality and gourmet product from Norwegian waters. El Mundo presented the cod as the “fresh, wild and athletic Norwegian cod that comes home every year”. It is very motivating that skrei has caught the interest of such prominent media players. ABC alone has over three million daily readers, so it is both a sizeable and a significant showcase that the skrei here has managed to secure,”

The article also highlighted both the strict quota and controlled catching methods, in addition to presenting recipes and the skrei cod’s unique story. 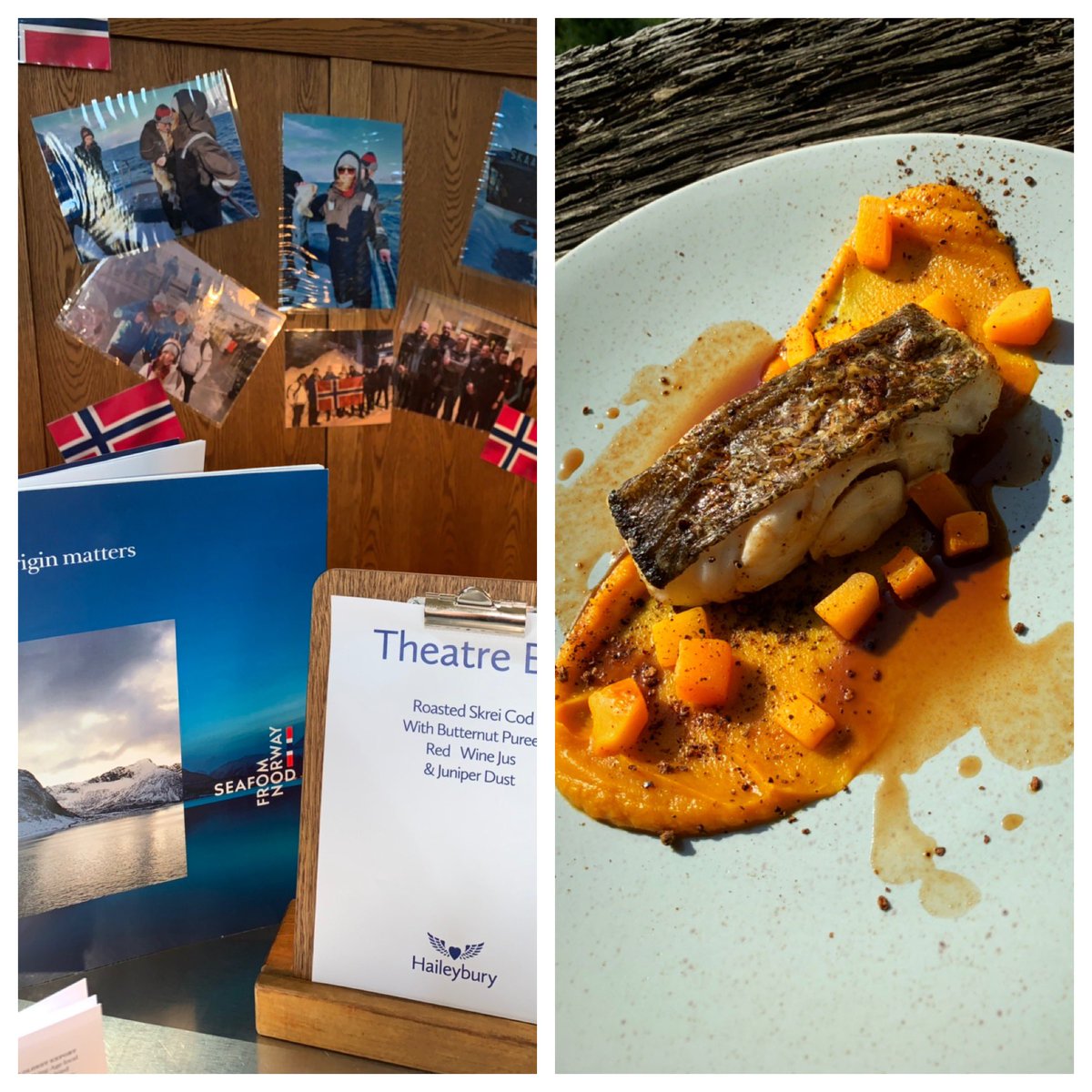