Royal Thai Air Force received another batch of three Gripen 39C fighters from Swedish Saab. The acceptance ceremony, presided over by the Commander-in-Chief of the Royal Thai Air Force, Air Chief Marshall Prachin Changtong, took place at Wing 7 division in Suratthani province on Friday 5th April 2013 in presence of the press and notables from the Air Force. In 2008, Royal Thai Air Force has ordered 12 Gripen fighter aircrafts from Saab. The single-engine Gripen is a multi-role fighter with a maximum speed of 1,372 miles per hour at altitude and a combat radius of 432 miles.

The order is divided into two phases. The first phase was complete when six Gripen 39C/D fighters were delivered in February 2011. 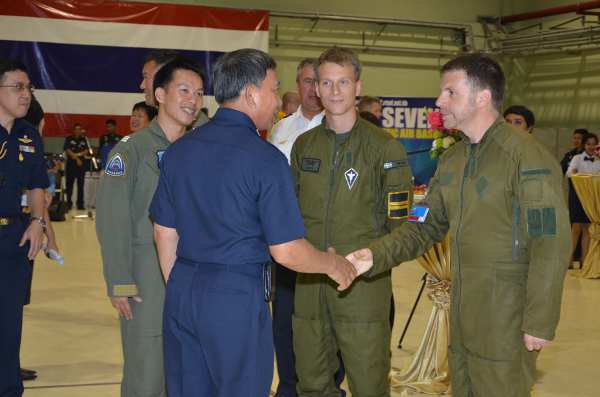 For this batch of delivery, Swedish pilots flew the three Gripen fighters from Linkoping, Sweden. The Royal Air Force reveals that the last batch of three Gripen 39C is expected to be delivered in September this year. 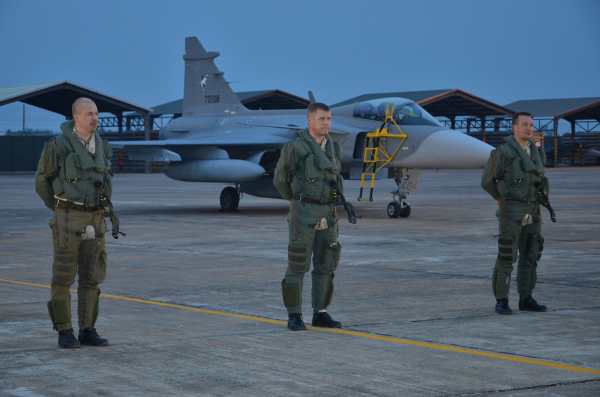 Royal Thai Air Force is the first air force in Southeast Asia to have JAS 39 Gripen base. At the moment, Gripen sales are from six countries including Sweden, Thailand, United Kingdom, Chez Republic, Hungary and South Africa. And many countries are showing interest in Saab’s Gripen.