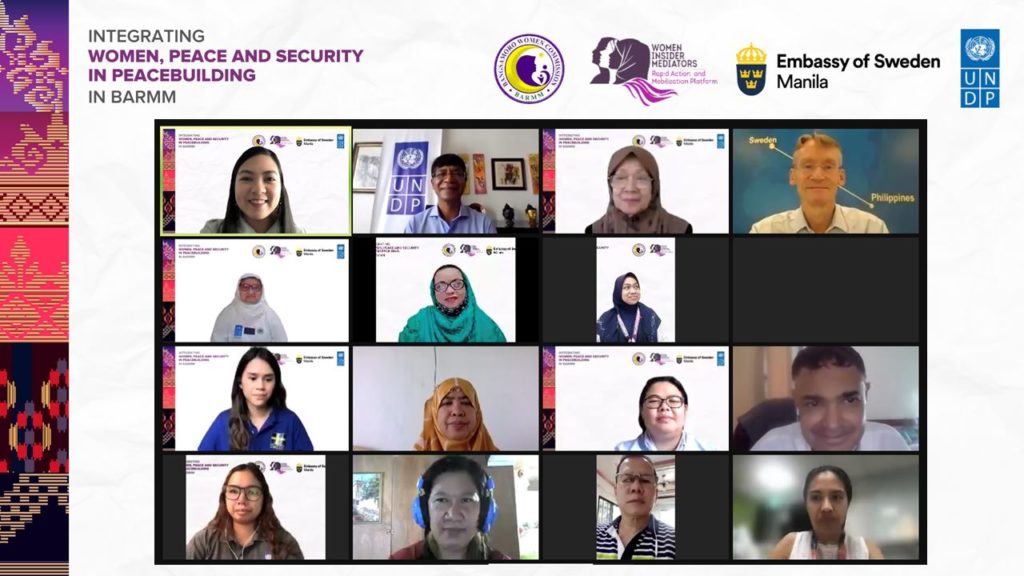 The program is supported financially by the Swedish government and according to the Embassy of Sweden in Manila, “Gender equality is essential in achieving peace, security, and development. A key priority of the Swedish feminist foreign policy is to support the inclusion of women as actors in peace negotiations and peace implementation.”

During the launch Swedish Ambassador Harald Fries said gender equality is an objective in itself, adding that one should also see gender equality as an essential element to achieve other objectives, such as peace, security, and development.

UNDP Philippines Resident Representative Selva Ramachandran noted that UNDP acknowledges the resilience of women mediators and peacebuilders in the face of intersecting vulnerabilities brought about by conflicts, natural disasters, and the ongoing COVID-19 pandemic.

Swedish Ambassador to the Philippines receives ‘Most Outstanding Ambassador Award’