Mr Eric Hallin were re-elected by the new Board as the TSCC President for 2018.

Before this, the new Executive Director, Katarina Ekelund presented the AGM with the activities report. It showed that during 2017 TSCC held eight own seminars and networking events; with on average 55 participants. The Christmas Luncheon stood out with 87 attendants. In 2018 TSCC also introduced its ‘Business Talk & Networking’ concept, which started off on 5 October when Nordea Private Banking Singapore and Business Sweden held presentations at the Landmark Hotel. On 9 November, also held on Radisson Blu Plaza Bangkok hotel, another very well visited such event took place, sponsored by Vickery & Worachai law firm and SEA Asia IPR SEM Helpdesk, where member and other guest also got to learn about DEPA, Office of the digital economy, whose representative announced new support for start-ups in Thailand.

When presenting the financial report Vice President Mr Jan Eriksson said that TSCC is evaluating its ways of making income. “Due to decline in profit TSCC needs to take steps to improve overall results,” commented Mr Eriksson, while also telling the AGM: “We had the usual ups and downs before, but now we only have ups, and seem to be doing pretty O.K.”

2017 was a year with good cost control but seeing slight decline in income. TSCC maintain that membership fees should cover staff costs. Total revenue was just over 3 million Baht.

Following the AGM TSCC and its partners hosted the Dinner for attending members and guests, where the former Editor in Chief of Post Publishing and Editor of the Bangkok Post, Mr Pichai Chuensuksawadi, honoured the Thai-Swedish Chamber of Commerce with a speech to give his take on the status of Thailand’s governance and politics.

This made the experienced as well as relative newcomers to Thailand (such as the students from Jönköping) to listen attentively, while the sumptuous dinner served (Caesar salad with chicken as starter followed by the main course Steamed fillet of sea bass with caponata, and chocolate brownie mousse cake with caramel orange reduction and strawberry compote as dessert).

Commenting on Thailand’s new Charter Mr Pichai said it was taking the country back to 1980s, perhaps even further.

Looking at the present and immediate future, any attempt to undo what military has done will not work. Mr Pichai also felt that the mood in the country is centre of right.

As for the bold statements and ambitions of the new Future Forward Party he said he had heard this before: “The jury is out to see if they can deliver!”

“Past events make you skeptical, Change is unlikely,” he summed up his prediction.

As for growth it is low compared to rest of the region and protectionism and trade war could reduce the growth by one per cent. “What it means to businesses, international ones and Thais, is we have problems to solve whether we have election or not.”

He pointed to the core problems comprising good governance, policy change and education.

“Elections does not make Thailand democratic!” Mr Pichai exclaimed. “But you can voice your concerns – at least – than under the current situation.”

Thailand’s problems remain unsolved: “You have to start again – with transparency and accountability!” concluded the former editor in chief and editor. 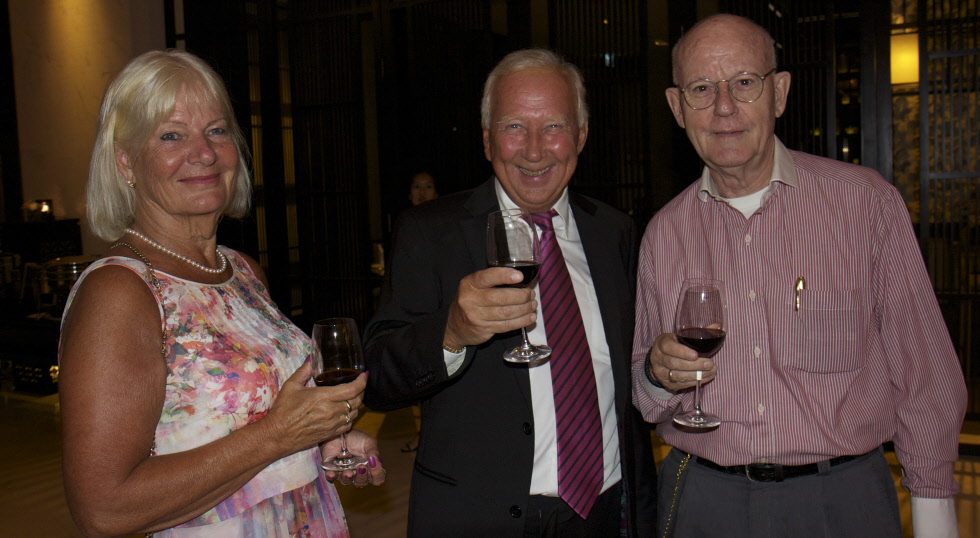 A slider with the ID of 50 doesn't exist.