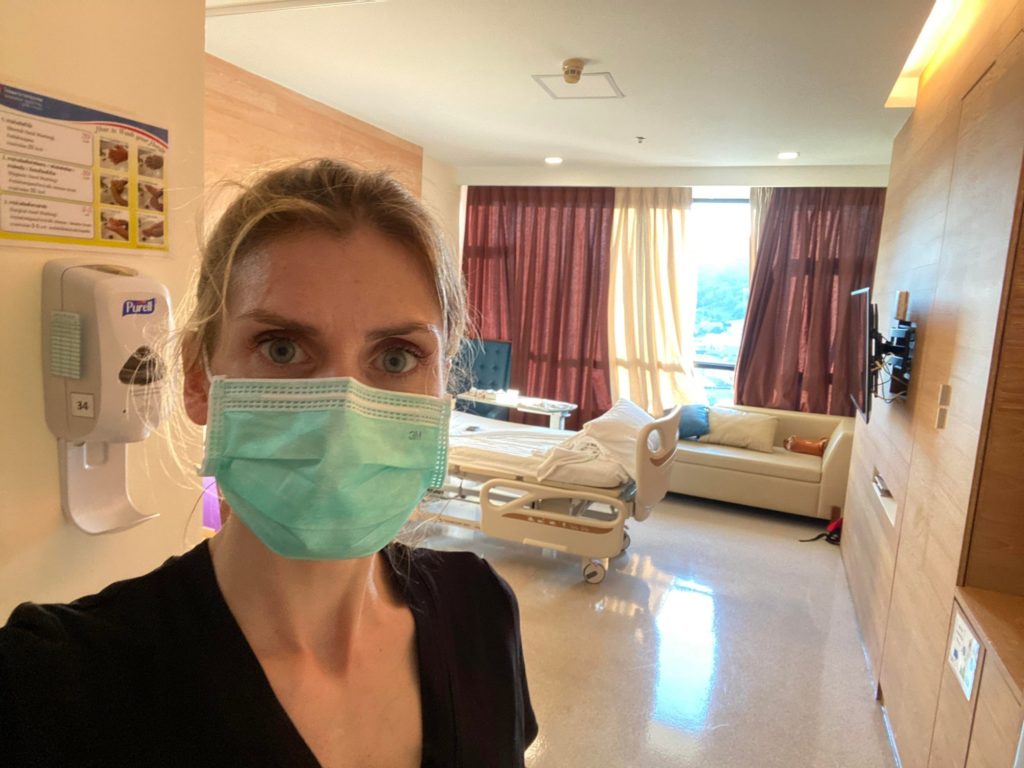 A Norwegian family’s Christmas holiday in Thailand has turned into a covid-19 nightmare after their 9-year-old son tested positive upon arrival in the country and the family was placed in isolation at a local hospital. Although it is fairly known that Thailand has strict measures in place in regards to positive cases, the family says that they had not been informed by the travel company TUI that they risked 10 days in isolation at a hospital if they became infected with covid-19.

When the family of four from Vinterbro in Norway booked their tickets through the travel agency TUI to Phuket, Thailand they were prepared to spend 24 hours in quarantine upon arrival in a so-called SHA Plus hotel which is an approved quarantine hotel. They booked their entire stay in Thailand at the same hotel and conditions were that adults were fully vaccinated against covid-19, that everyone could present a negative CPR test taken no later than 72 hours before departure, and that everyone would take a new CPR test upon arrival in Thailand.

“We thought that if we became infected with covid-19, we would be able to isolate ourselves in the hotel room. There was no mention of any hospital stay. We got the impression from TUI that it was safe to come. Had we known that we would have to go to the hospital if we became infected, we would not have left,” Silje Hoel Nikolic says to Østlandets Blad.

The family’s 9-year-old son tested positive upon arrival and the family was told that he had to be placed in isolation in the hospital for 10 days. Something that came as a shock to them, Silje Hoel Nikolic says. Because of his young age, Silje was allowed to isolate with him at a private hospital but because she is not sick she is finding the isolation hard.

“The room is nice but it is closed and we are not allowed to go out. I’m not sick and I feel like I’m going crazy. I wear a face mask all the time and sleep with it at night. I disinfect and wash, and I feel paranoid. It is an extreme experience. There have been many difficult times. We are allowed outside at a special time during the day but because there are other covid-19 patients I don’t dare to go out there,” she says.

Her husband and their 11-year-old son have been isolated at the hotel but on Christmas eve, six days after arrival in Thailand, the son also tested positive, and now he and his father are also in isolation at the same hospital but in different rooms from Silje and their youngest son.

“Our oldest son had childhood asthma, so we are a little worried about how he copes with it. So we thought it was safest if he went to the hospital as well. My youngest son and I are soon able to return to our hotel but my husband and 11 year old have to stay for a full ten days. The whole holiday is ruined, but the worst thing is that we are isolated from each other,” she says.

During the whole ordeal, she says that they have not received any help from TUI but says that the travel agency has later added a paragraph to their website that states that if you test positive at the destination, you must be isolated for ten days in a hospital or until it is confirmed that you are no longer infected with Covid-19.

After being presented with the story and criticism from Silje Hoel Nikolic, Nora Aspengren, who is Communications Manager in Norway for TUI, says in an email to ØB:

“It is sad to hear that this family had such a holiday experience and that we have not provided the service they can expect from us. That’s not how it should be, and I’m so sorry about that. I have now informed my colleagues in Phuket and I expect something to be done about it.”

Regarding information about local rules and guidelines, she states the following:

“We share information on our information pages on an ongoing basis, and travelers must familiarize themselves with what applies at all times. Just like here at home, things can change quickly. We relate to the information provided by the Thai authorities and update both websites and via information letters to customers. I was in Phuket 2 weeks ago and experienced that things work well. But it is important to stay up to date, especially in these times.”