Ambassador Måwe visited on 20 September the Vietnam-Sweden General Hospital in Uong Bi, which constitutes an important pillar in the history of the bilateral relation between Sweden and Vietnam. She wrote about the visit:

“I was accompanied by Johan Alvin and Tam Nguyen from the embassy and we were cordially received by Dr. Tiep, the Hospital Director and his staff.” “We had a meeting with the management of the hospital discussing the current activities and challenges for the hospital (including Covid-19), as well as the long history of Swedish support and interaction with the hospital.”

“The hospital was built by Sweden to serve the miners and their families and was inaugurated in 1981. For almost 20 years Sweden continued to support the development of the hospital. Dr. Tiep highlighted some of the areas that had been most important including the management of the hospital. He claimed that Uong Bi was quite unique for its efficiency and cost-effectives in favour of its patients.”

“Even until this day Swedish cooperation continued through the different Uong Bi – associations in Umeå, Piteå and Blekinge in different areas such as palliative care, diabetes, hypertension and management and leadership. Dr Tiep also emphasized that the thinking and working mindset in a service oriented and sustainable way he and his colleagues learnt from the Swedish experts has helped shape up the hospital and make it stand out among the same level hospitals in Vietnam.” We also had a tour around the hospital and visited the Pediatric division, the Pediatric Psychology division and Out Patient department. “I was impressed with the open lay-out of the hospital. It was not crowded and fresh air ran through the corridors and buildings. In the Pediatric ward we witnessed the use of the Kangaroo method for neonatal care, with good results. Parents could stay with the sick children in the ward. We also had the chance to visit the Swedish camp where Swedish staff – medical and others- had lived in the 80s and 90s and where the Swedish associations and students that came to Uong Bi today stayed. Just like in Bai Bang it felt like a small part of Sweden in Vietnam.”

(We even learned that when people get sick in Uong Bi they say that “they are going to Sweden”, when they mean the hospital). 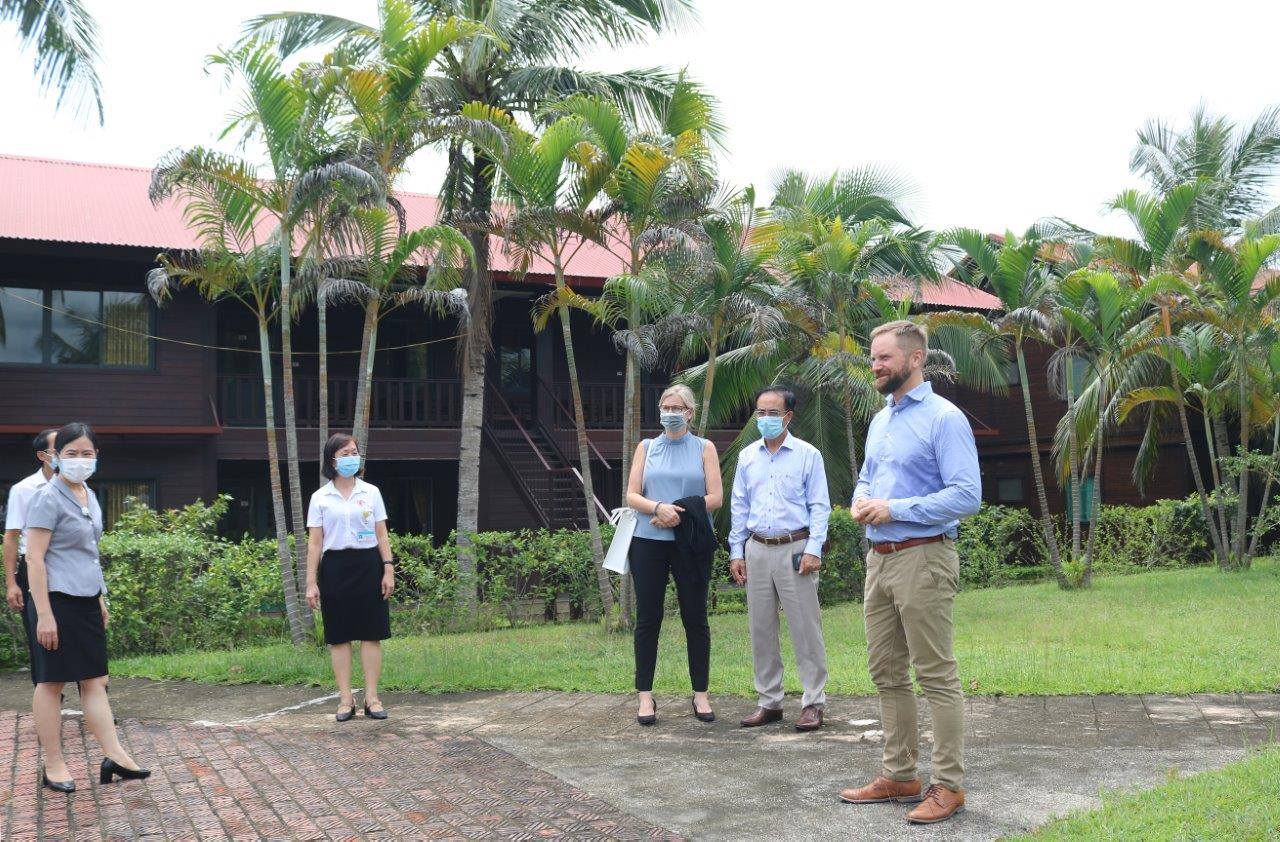 “Me and my colleagues are grateful to Dr Tiep and his staff for the visit and the good work they carry out every day at the Vietnam – Sweden General Hospital in Uong Bi. We look forward to further cooperation into the future.”