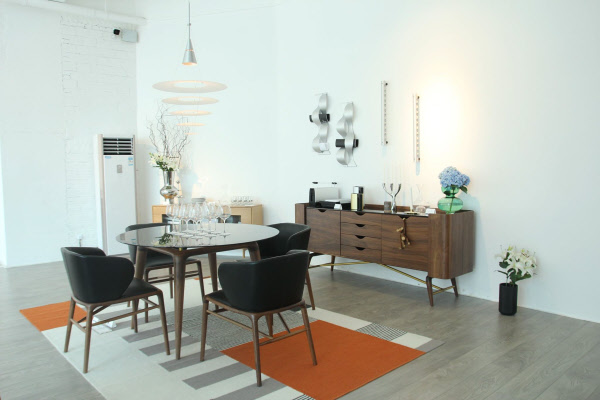 Since 7 September and running until 30 November Chinese people in the mega city of Chongqing have the opportunity to explore no less than 21 Danish design brands as part of Danish Design Showroom.

The nearly three-month exhibition was opened jointly by the new Danish Ambassador to China, A. Carsten Damsgaard and the Danish Consul General In Chongqing Anja Villefrance.

“Chongqing is a good example of economic growth taking and that have taken place in China over the last few decades, and I am happy to see this Danish design exhibition opening in Chongqing,” said the Ambassador at the opening.

The Consul General highlighted the possibility of learning more about Danish design and for it to become better known in China.

“This exhibition is the best place to understand and show the possibilities of having Danish design in one’s home,” she said.

The exhibition showcases pieces of Danish furniture and accessories, in a venue that covers an area of 248 square meters.

During, pieces of furniture and accessories will illustrate the concept of Danish design featuring mixes of functionality, simplicity and utter aesthetics. 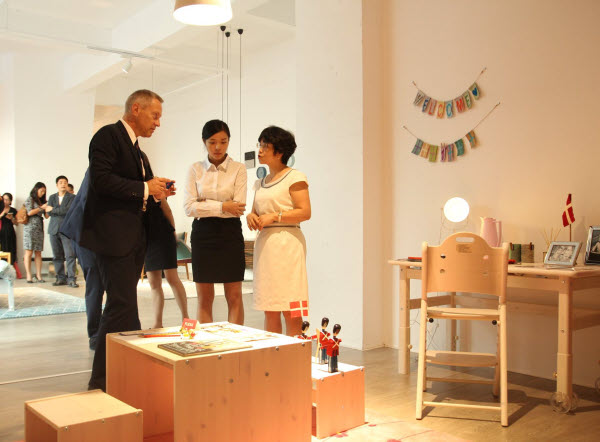 Ambassador A. Carsten Damsgaard opened the exhibition together with Anja Villefrance, Danish General Consul in Chongqing.

“Chongqing is a good example of the economic growth miracle that China has undergone in the past couple of decades. I am very excited to see this Danish Design Showroom open in Chongqing,” said Ambassador Damsgaard.

“Functionality, attention to details and simplicity are strong elements of Danish interior design. This design philosophy has influenced not only high-end Danish furniture design, but is also strongly reflected in other Danish design products.”

“Our showroom is the best place to interpret and explain those features. It is an opportunity for residents in Chongqing to learn about the living design of Danish style,” said General Consul Anja Villefrance.

“Danish design is not only significant to the national identity of Danes, but also part of Danish life,” said the Consul General, adding that she saw the essence of Danish design as simple, elegant and classic.

Chongqing (in West China) is one of four municipalities (large cities that are not part of a province but report directly to the national government, the other three are Beijing, Shanghai and Tianjin). Chongqing municipality is technically the largest city in China in surface area.