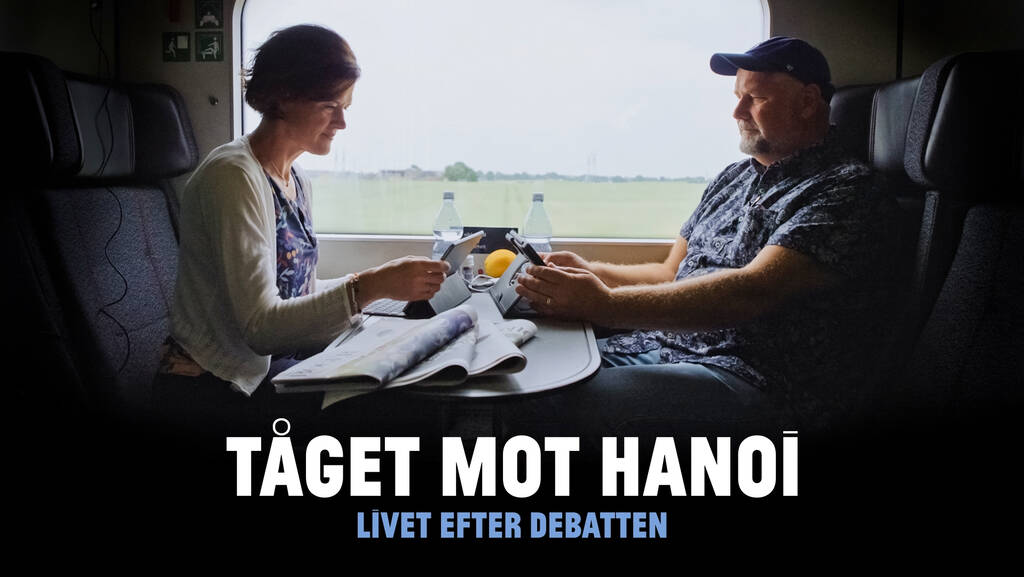 Going from the center of Swedish politics to a life beyond the spotlight is not an easy journey. That is the opinion of Jonas Sjöstedt, who left the leadership position in Sweden’s Left Party for a new life in Vietnam where his wife works as an ambassador.

In a new SVT series, he and the former Leader of the Opposition and Leader of the Moderate Party, Anna Kinberg Batra set off on a reflective train journey to Hanoi.

The SVT series “The train to Hanoi – life after the debate” is on paper about the politicians’ journey to Hanoi, but in reality, the program is, according to Jonas Sjöstedt, about taking the step from politics to the everyday life that awaits afterward.

Jonas Sjöstedt was the chairman of the Left Party from 2012 until 2020. He is married to Swedish diplomat Ann Måwe, who was part of the Swedish delegation to the United Nations and who in 2019 became Sweden’s Ambassador to Vietnam. In 2020, Jonas Sjöstedt left Swedish politics for an undisturbed life in Vietnam with the family, and in an interview that same year he said he planned on studying Vietnamese and start writing.

“We have different ways of looking at politics and the world. But the journey of stepping down and doing something else and how that feels, she understands. She has done the same thing, albeit in a different way. She has also experienced how it feels when the phone stops ringing,” he explains.

The series “The train to Hanoi – life after the debate” can be seen on SVT Play from Sunday 23 January.