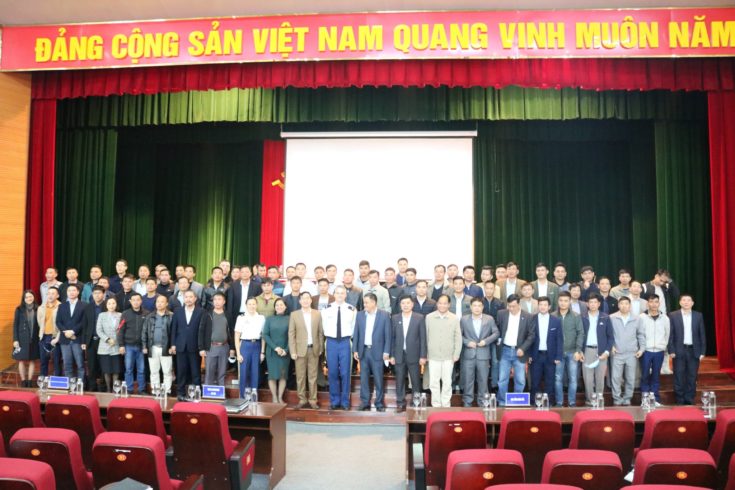 Last week, Norwegian People’s Aid (NPA) participated in a special event hosted by Vietnam National Mine Action Center (VNMAC). The Event launched a 5-day training course on the use of the National Information Management System for Mine Action (IMSMA) database for 58 military officers in charge of Information Management from 26 northern provinces within the four Military Regions, NPA said in a recent statement.

Also attending the event were representatives from the U.S. Embassy in Hanoi, led by Colonel Thomas Stevenson, Defense Attaché to Vietnam. The opening of the training course was followed with a handover between NPA and VNMAC of the laptops for this training as well as other equipment at the VNMAC Information Management Unit (IMU) previously funded by the Government of the United State.

With funding from the U.S. Department of State, NPA has been providing technical assistance to VNMAC IMU with planning and establishment of a national IMSMA database since 2016. “NPA thanks the Government of the United States for continued funding our capacity development to information management for mine action in Vietnam, including this training,” the organization stated.

Moreover, NPA noted that this is the first course within a series of training that VNMAC plans for trainees from 63 provinces to help enable reporting of mine action data from provincial to national level. Trainers are NPA national IM advisors and senior experienced I’M officers from VNMAC and Quang Tri mine Action Center (QTMAC) with IMSMA Administration Level A1.

This is the first time NPA is involved in training representatives from many provinces and this would be a possible opening of doors for increased support from INGOs to all affected provinces in Vietnam.

NPA and CMAC signs cooperation to clear minefields in Cambodia