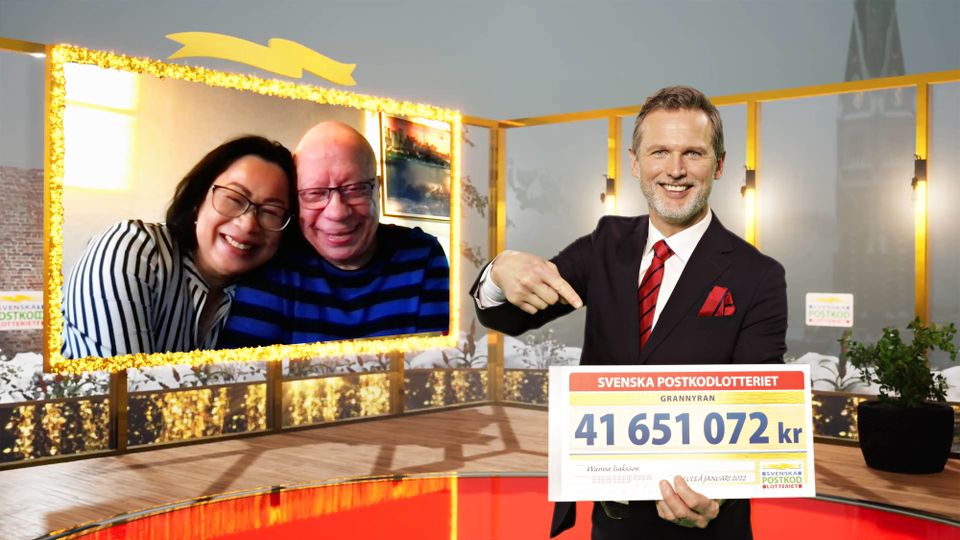 The year 2022 is coming off to a good start, to say the least for Thai Wanna Isaksson and her Swedish husband Mikael after the couple recently won a total SEK 41,651,072 million lottery win in one of Sweden’s largest lotteries, Postkodlotteriet.

To media SVT, Wanna Isaksson explains that she still can’t believe it is real.

Wanna Isaksson grew up in eastern Thailand in a small village in poor conditions. She worked in a weaving factory and in a factory that assembled electrical parts and then continued to work in hotels as, among other things, a receptionist.

Through her hotel job, she met her husband Mikael and moved with him to Luleå in Sweden in 2004. Here she went to SFI (Swedish for immigrants) and trained as an assistant nurse. But then she decided to start her own Asian food store where she and her husband works seven days a week.

Although it is noticeable that Wanna is extremely happy about their win, she still plans on continuing to work in her Asian store. Before the win, Wanna had worries about the future because her pension savings were small but now she can relax as she says.

Wanna and Mikael plan to put money aside for when they get older and use some of the winnings on a renovation. In addition, she also plans on helping the locals in her home village in Thailand with, amongst other things, their funeral arrangements.

Wanna explains that many people there cannot afford coffins for their relatives when they pass away. She plans to help the villagers with coffins in the future, just as she has already done.

“And linen to put in the coffin as well,” Wanna says while adding that she also plans to donate some computers to the school in her home village.