A large number of international and regional organisations, no less than 55, have written a Joint Open Letter requesting to reconvene the members of the Paris Conference on Cambodia. The letter (dated 23 October 20170 was addressed to the Secretary General of the UN, the President of the Republic of Indonesia and the President of the French Republic. The 1991 Paris Peace Conference on Cambodia was co-chaired by France and Indonesia. 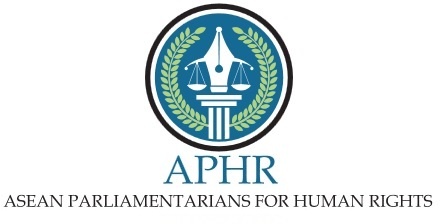 “Twenty-six years later, there is an urgent need for decisive action from the international community, to ensure that the democratic vision for Cambodia outlined in the Paris Peace Agreements is not completely forsaken,” states the joint letter signed by the many relevant organisations that enjoy international support.

For instance, four of the undersigned organisations are directly supported by Sweden’s Sida office in Bangkok: ASEAN Parliamentarians for Human Rights (APHR), Asian Forum for Human Rights and Development (Forum-Asia), International Commission of Jurists (ICJ), and Southeast Asian Press Alliance (SEAPA) and some others are supported by the Sida head office.

“The Paris Peace Agreements created clear legal obligations upon the signatories – including the obligation to immediately undertake appropriate consultations with the members of the Paris Conference – in the event of the agreements being violated. These obligations exist to this day, despite Cambodian Prime Minister Hun Sen’s recent claim that ‘the Paris Peace agreement is like a ghost’”, states the signatories.

The letter continues: “We respectfully submit that your obligation to take concrete action under the Paris Peace Agreements has now been triggered as a result of the severe deterioration in the state of human rights and democracy in Cambodia in recent weeks and months, which has led to clear violations of the Paris Agreements.

“Specifically, Article 29 of the Agreement on a Comprehensive Political Settlement for Cambodia (the “ACPS”) provides: Without prejudice to the prerogatives of the Security Council of the United Nations, and upon the request of the Secretary‐General, the two Co‐chairmen of the Paris Conference on Cambodia [France and Indonesia], in the event of a violation or threat of violation of this Agreement, will immediately undertake appropriate consultations, including with members of the Paris Conference on Cambodia, with a view to taking appropriate steps to ensure respect for these commitments. “Since July 2017, the Royal Government of Cambodia (RGC) has embarked upon a severe crackdown against the political opposition, civil society organizations and independent and critical media, as well as individuals exercising their fundamental freedoms. The severity of this crackdown is unprecedented in the post-1991 era, and poses an existential threat to Cambodian democracy.”

Case in point, Kem Sokha, the President of the Cambodia National Rescue Party (CNRP), was arrested in violation of his parliamentary immunity and has been charged with treason.

“Fewer than 40 per cent of CNRP members of parliament remain in Cambodia after others were forced to flee the country, having been threatened with arrest as part of the same treason investigation. Now, the party itself faces imminent dissolution. In February and July, the Cambodian government introduced, and the National Assembly quickly passed, two sets of amendments to the Law on Political Parties, giving the Cambodian government sweeping powers to suspend and dissolve political parties. On October 6, the Ministry of Interior filed a complaint to the Supreme Court in order to initiate the dissolution of the CNRP.

“This move was followed on October 16 by the passage of further amendments to Cambodia’s election laws through Cambodia’s National Assembly. If adopted, as expected, these amendments would enable (in the event the CNRP is dissolved) the redistribution of the CNRP’s National Assembly seats to parties who received minimal support in the 2013 national election, and transfer all 489 of the CNRP’s Commune Chief seats to the ruling Cambodian People’s Party (CPP), constituting an outright subversion of the democratic will of the Cambodian people.”

The letter goes on to list that alongside the assault on the right to political participation and the elimination of all genuine political opposition, the Cambodian authorities have undertaken a severe crackdown against independent and critical media outlets and civil society organizations, including Cambodia Daily and Radio Free Asia.

Civil society groups in Cambodia have also faced relentless pressure since the Commune Council elections in June 2017. On July 4, the Ministry of Interior declared that non-governmental organizations (NGOs) would not be allowed to reconvene the civil society election monitoring coalition known as the “Situation Room” for monitoring of the national election in 2018, following an investigation ordered by Prime Minister Hun Sen.

“The national election scheduled for July 2018 has no chance of legitimacy if present circumstances persist, and far-reaching remedial steps would be required for this election to be deemed genuine, participatory and inclusive. The rights to freedom of expression, freedom of association, freedom of assembly, and political participation, among others, are being systematically violated, in contravention of the Cambodian constitution and Cambodia’s international human rights obligations, including under the International Covenant on Civil and Political Rights, and the Paris Agreements,” continue the signatories, urging the UN and the two Co‐chairmen of the Paris Conference on Cambodia to fulfil their obligations as laid out in the peace agreements.

“We respectfully submit that the most appropriate means of fulfilling these obligations would be to reconvene the members of the Paris Conference on Cambodia, along with other relevant stakeholders, for an emergency summit to discuss the state of Cambodian democracy, and to outline collective actions which could be taken to encourage the RGC to reverse course. Urgent action is required to ensure that the vision of a democratic Cambodia outlined in the Paris Agreements is not betrayed.”

On the anniversary of the peace agreement Cambodian Prime Minister Hun Sen commented in media of it being “a fact” that the main opposition party would be dissolved.