6 June 2016 fell on a Monday, as the Embassy of Sweden Phnom Phen celebrated the Swedish National Day in style at the InterContinental Hotel.

The event was presided over by guest of honour, Prak Sokhonn, senior minister for Foreign Affairs and International Cooperation, and hosted by Swedish Ambassador Anna Maj Hultgård. More than 350 distinguished guests attended, including government officials, diplomatic missions, private sector and development partners, civil society, and other friends of Sweden.

The atmosphere was vibrant, open, and informal, reports the embassy. It was also an occasion to showcase Swedish activities in Cambodia during the past year. The event was spiced up by a great performance by Bella Voce choir singing Mamma Mia (ABBA) songs, followed by Swedish DJ Jonathan, who made the crowd rock the dance floor to Swedish music. Guest also enjoyed Swedish delicacies. 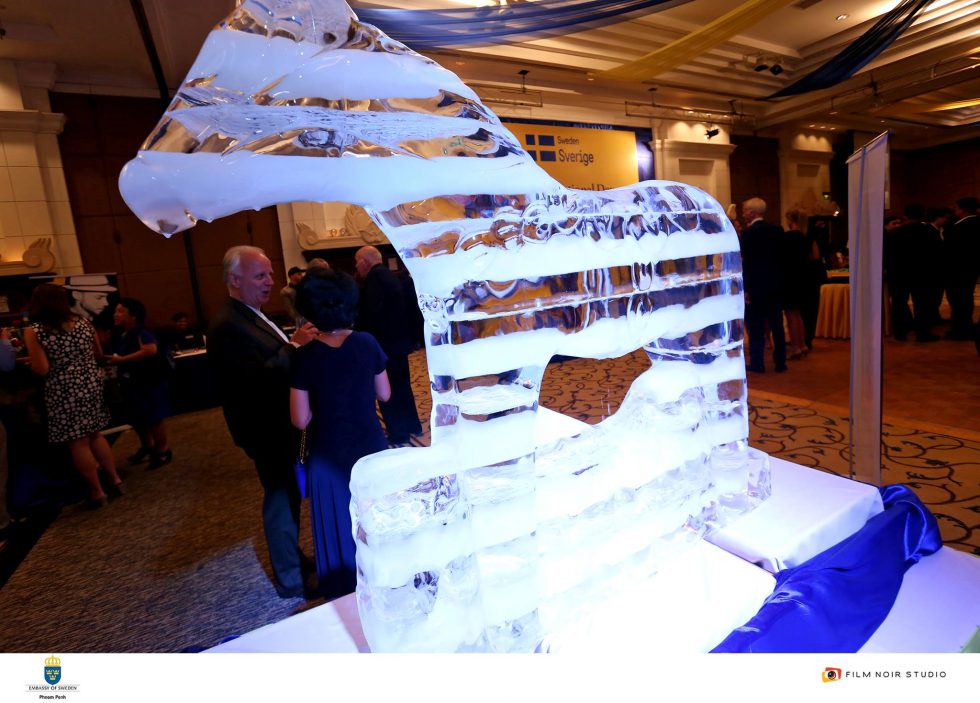