Carlsberg Group has reported on its worldwide H1 performance for 2015.

CEO Cees ‘t Hart reported on a challenging first half for the group: “We experienced bad weather in Q2 in Northern Europe and did not achieve the full range of anticipated savings. For the full year, we therefore do not expect that the strong Asian performance will be enough to offset the weaker than expected results in Western Europe and the challenging market conditions in Eastern Europe.“ Net revenue in Asia grew organically by 9% with reported net revenue growth of 34% due to strong currencies and the Chongqing Eastern Assets acquisition. Price/mix continued to develop favourably at +3%.

“The Group has an attractive footprint in the growing Asian region. To capture the growth opportunities we continuously expand our presence in the region through investments with a long-term view in the existing business and in new markets. Our commercial priorities are to further strengthen and premiumise our local brand portfolios and expand the reach of our international premium brands. Furthermore, we continuously upgrade our commercial execution capabilities by applying Group- and regionally developed tools and best practices. In addition to growing our Asian business, we drive efficiencies across our businesses with an emphasis on optimising structures and ways of working, using well-proven Group concepts and operating models.”

The Carlsberg brand grew by 6% in its premium markets in Asia, primarily as a result of strong achievements in India driven by Carlsberg Elephant. 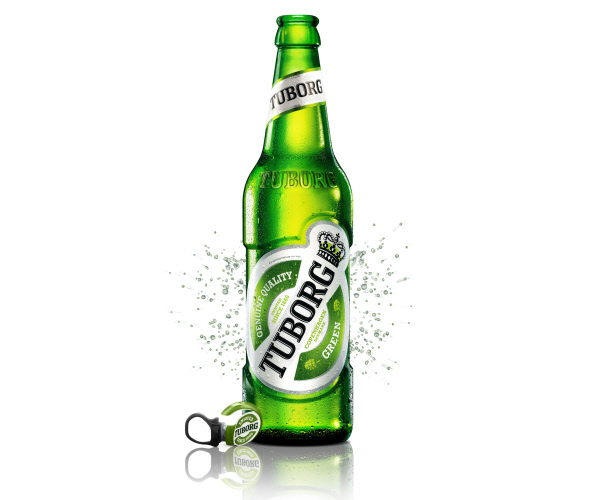 Tuborg expansion
The Tuborg brand continued its very strong performance in Asia and grew volumes by 66% as it almost doubled its volumes in China. As a result the Tuborg brand grew 16%. The growth was mainly driven by increased distribution, increased sales per outlet and well-executed above-the-line campaigns that have successfully created brand awareness and consumer demand.

The Tuborg brand was launched in Myanmar, along with a local mainstream brand, Yoma, as Carlsberg opened its new brewery.

“We continued the further roll-out of Kronenbourg 1664. The brand is establishing a solid footprint in the super-premium segment across our Asian markets, now being available in Malaysia, Singapore, Hong Kong and China.”

The overall beer market in Carlsberg’s Asia region grew for the six months and its beer volumes grew organically by 5% (11% including acquisitions). Carlsberg achieved particularly strong growth in India, Nepal, Cambodia and parts of China. Other beverages grew organically by 8%, mainly driven by the soft drinks business in Laos.

“Our Chinese volumes grew by 1% organically, significantly outperforming the Chinese market which declined by a mid-single-digit percentage. Our volumes grew particularly well in Xinjiang and in the city of Chongqing while they declined in the eastern Chinese provinces. Price/mix improved by 4% driven by a healthy mix development. The integration of Chongqing Brewery is now completed.

In April, it was announced that the Group would increase our ownership of Wusu Beer Group in Xinjiang, China, to 100% through an asset swap (conditional upon certain approvals expected by the end of 2015).

In Indochina, beer volumes for the Danish brewery group grew by 4% mainly driven by strong performance of the Angkor brand in Cambodia. Growth in Laos and Vietnam accelerated in Q2 where both businesses delivered mid-single-digit growth. The re-launch of Halida in northern Vietnam showed promising results.

“We continue to invest in growth opportunities in the region, such as the start-up in Myanmar, and make substantial investments in our local power brands and international brand portfolio. In spite of this and in spite of cycling tough comparisons due to last year’s income from a terminated licence agreement, operating profit grew by 12% organically and 29% in reported terms. The earnings growth was driven by the continued strong top-line development as well as a tight cost control across the region.”