Communications Disease expert Dr. Narumon Sawanpanyalert of Thailand’s Public Health Ministry told ScandAsia that she was misquoted by the National News Bureau of Thailand as saying a 52-year-old Danish man quarantined on suspicion of being infected by Ebola virus since September 11. The patient is actually a Dutchman, the doctor said. 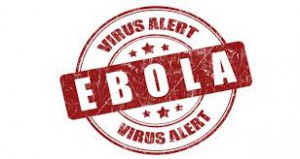 The doctor said the man was found to be free of Ebola after the Public Health Ministry experts received a second blood test that showed negative result for Ebola.