A radio station set up in Norway’s Oslo to provide news to Burma during its military regime is set to relocate to Thailand. 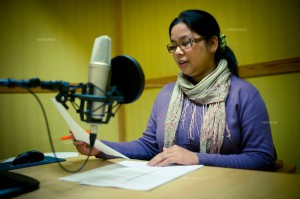 The Democratic Voice of Burma began broadcasting in 1992 and began television broadcasts in 2005 as well.

The station was a vital source of information into Burma during the regime showing both the Burmese and the world what was happening in the country.

Reforms in the country means the station can now move to a closer location with hopes of making a home in Burma in the future.