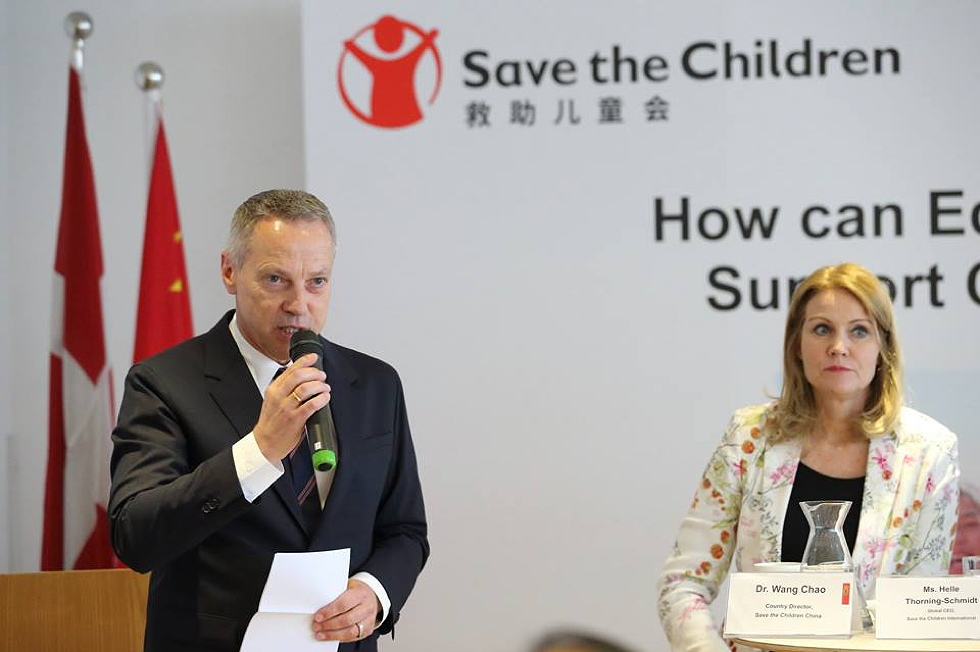 A. Carsten Damsgaard, Ambassador of Denmark to China, opened the discussion with a speech on China’s development and the central role education and innovation will play in China going forward.

The panel discussed how China can reform its educational sector for better being able to support children’s creativity, how they can reduce the difference in education quality between the rich and poor parts of China, as well as how an increased focus on innovation and creativity in the educational sector can strengthen the practical skills of young people and thereby better support China’s development.

The Chinese experts shared their research on how China should become better at supporting children’s individualism and their respective strengths, as well as give teachers more freedom in their methods of teaching. Furthermore, they mentioned how the Chinese Government is trying to develop programs for testing and evaluating the potential progress or setbacks caused by political initiatives. Everyone agreed that the quality of education in the poorest parts of China needs to be improved. Vice president of Beijing Normal University held the closing speech, in which he praised the panel’s nuanced debate on how China can reform their sector for education.