The nonwoven giant is in 2016 establishing yet another production line there to service the growing Asian hygiene market. The investment amounts to DKK 400 million and will expand the company’s capacity in Asia by more than 20%.

Fibertex Personal Care makes yet an investment aimed at increasing its position in the global market for spunbond. Today the company has an annual capacity of 120,000 tonnes with 50,000 tonnes in in Aalborg, Denmark and 70,000 tonnes in Malaysia, which corresponds to about 10% of the consumption in the world.

The expansion of the plant facilities in Malaysia is done in order to comply with the growth in the Asian market: “Fibertex Personal Care holds a very strong position in the Asian market, which we will now be strengthening with the new investment. In 2002 we were one of the first global manufacturers to establish in Asia and this we still benefit from today where we are among the three largest in the region and for example the absolute biggest non-Japanese supplier to Japan,” says Mikael Staal Axelsen, Group CEO of Fibertex Personal Care.

The main products are spunbond and spunmelt, which are produced as fabrics sold by the meter and used as important applications in diapers, feminine hygiene and incontinence care products. Fibertex Personal Care belongs among the leading suppliers by virtue of its high level of service, innovation and quality, which i.a. has led to various supplier awards from Procter & Gamble, Ontex and Kimberley Clark. 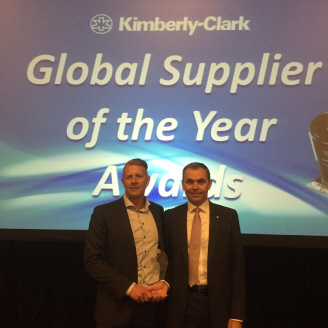 Moreover, there are clear signs that the timing of the investment in the Asian market is right; while the consumption of hygiene products in the West only shows a moderate increase of 1-2% it looks quite different in Asia. A growing number of people in the Southeast Asian countries, China and India are earning an income that enables them to focus more on personal hygiene. This results in an Asian market growing about 10% each year.

The new site can accommodate four or five lines, hence future expansions have already been taken into consideration.

“At the new site we will have even more focus on value-added products and the improvement of existing products. The consumers and thereby the industry require hygiene products that are lighter, softer and with finer structures, and we have reached an advanced stage in the processing improvement race which becomes more and more predominant in our business,” says Mikael Staal Axelsen.

The new production line will be fully operational by mid-2017, and there are great expectations from the industrial conglomerate Schouw & Co., which owns Fibertex Personal Care, for further fulfillment of the company’s potential in Asia: “We are privileged that we can afford long-term thinking and that we can effect investments subject to perfect timing. This is quite decisive for the high profitability, which we naturally expect when investing in an expansion of plant facilities like this one,” says Jens Bjerg Sørensen, President of Schouw & Co. and continues: “It is three years ago we last expanded in Malaysia, and with the current development in the market we are convinced that this is the perfect time to make an investment. In 2014 Fibertex Personal Care’s revenue amounted to almost DKK 1.8 billion and generated an EBIT of DKK 171 million. The investment in Malaysia will not change the expectations for 2016.”

Commenting on receiving the prestigious Global Supplier of the Year Award Peter Andersen, CEO Fibertex Personal Care Malaysia commented that it “is extremely important for us. It drives us to constantly improving ourselves. By working across plants, we successfully use our presence in different regions and knowledge from different markets to create value added solutions for our customers. Receiving the Award together with Innowo Print demonstrate some of the improvements already gained from our efforts.”

Fibertex Personal Care’s new ultra-modern spunbond line in Malaysia has been up and running since November 2011 and in April 2012 the company also announced investment ($55 million) in a state-of-the-art production line in Malaysia to be in operation within two years, reaching a total capacity of 70,000 tons. 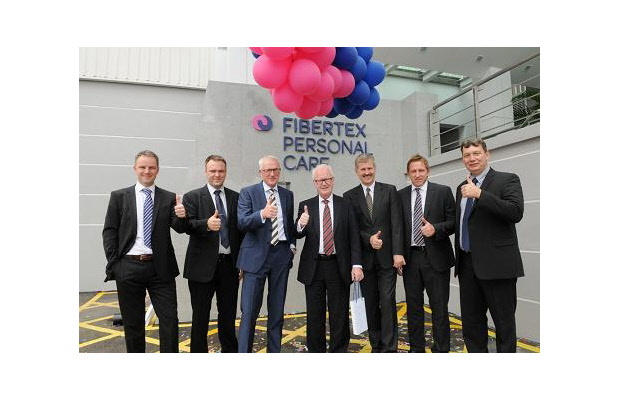 The Malaysian factory was established by Fibertex Personal Care in 2002, which turned out to be the perfect time for establishing the company in the South East Asian market. Today, the Danish company is among the top three in the region, and Fibertex Personal Care is the largest non-Japanese supplier to the Japanese market, thanks to a unique expertise and a wide selection of the so-called spunbond and spunmelt nonwoven products of a very high quality. The nonwoven end product is used in the production of diapers, feminine hygiene products, incontinence products and different products for medical purposes:

“These industries, as well as the consumers, expect hygiene products to continuously become lighter, softer and more aesthetically pleasing,” says Axelsen. “We have received several awards for our ability to provide innovation, quality and service. This places us amongst the leading manufacturers in the business.”

One Comment on “Fibertex Personal Care invests further in Malaysia”