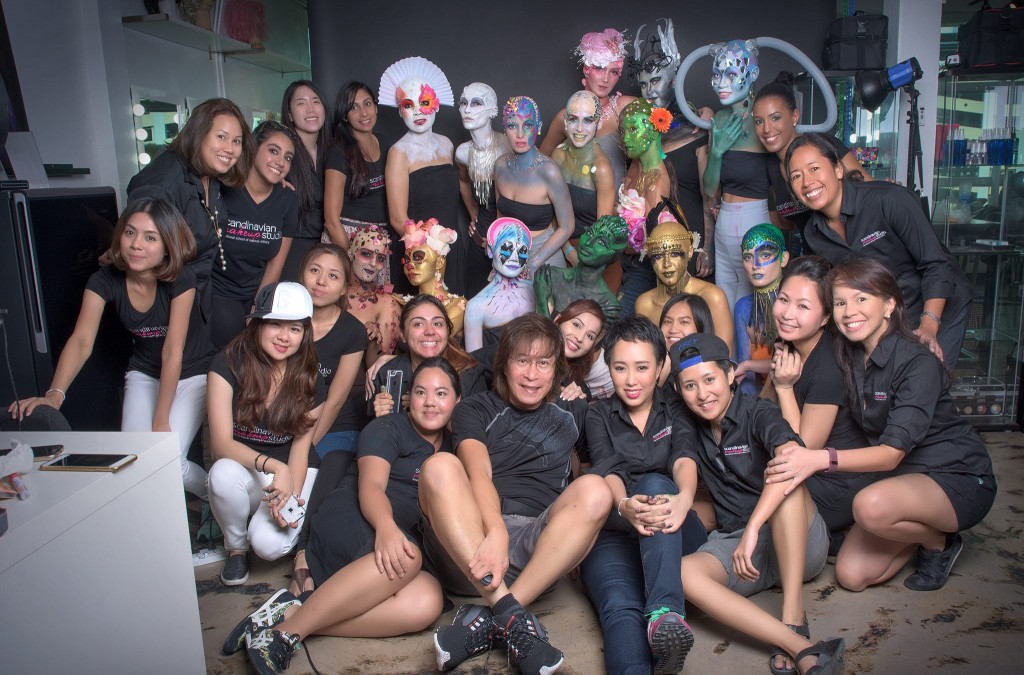 Filipino Erich Caparas was supposed to be back in Philippines 15 September 2015 after a working trip in Thailand. Instead, one of the most photographer from Philippines was surrounded by 14 bald, glittery models and 14 excited examinants in a make up studio in Bangkok.

“I rescheduled my flight yesterday to be here. I think this will be a very interesting shoot!” Erich Caparas says.

His Norwegian friend and co-owner of Scandinavian Make Up School Hilde Marie Johansen had asked Erich Caparas to stay one more day in the land of smiles to do a photoshoot for the final exam for the soon-to-be make up artists.

“We feel so proud and so lucky that Erich is going to shoot for us. This is the first time he does that!”, says Hilde Marie Johansen, who is one of the co-founders of the Scandinavian Make Up Studio. 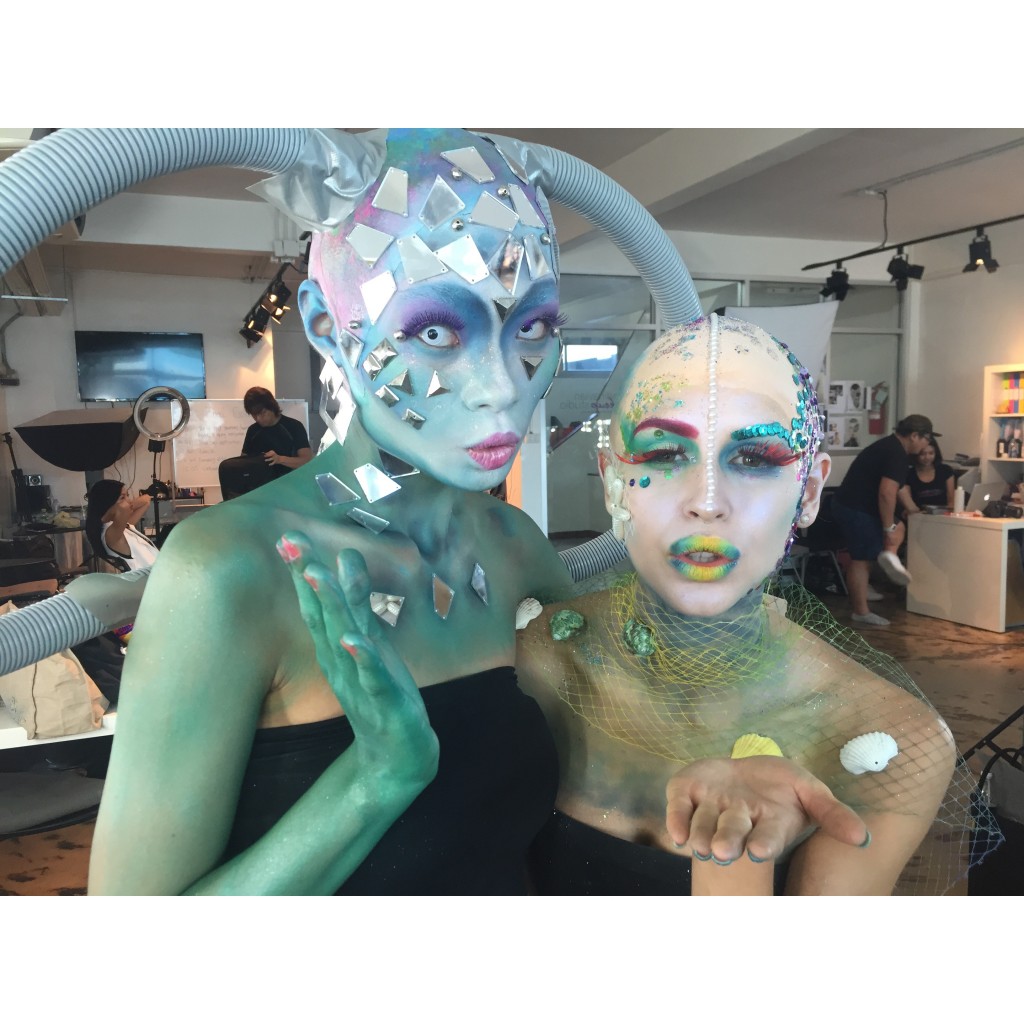 Hilde Marie Johansen and Erich Caparas are good friends, but unfortunately the co-owner of Scandinavian Make Up Studio could not be there herself for the final exam. Erich Caparas did not mind helping anyway.

The theme for the final exam was ”Bald & Fantasy” and Erich had the pleasure to shoot 14 magical and supernatural (and hairless) models which the examinants had created during their examination time of 4 hours. Among the models there were a futuristic Star Wars creature, a perception of a snake and ScandAsia’s reporter was transformed into a high-tech (and hairless) mermaid.

“They are extremely talented,” Erich Caparas praised the Make Up Artist-students.

Student and examinant Akansha Misra Huria has been super excited ever since she was told the surprise of having Erich Caparas be the photographer of the final exam. She has been nervous too.

“This is our chance to prove how far we have come and what we can do. We want the picture of our work to be as good as possible. Both the make up artist, the model and the photographer have to work together to make it perfect.” Akansha Misra Huria said.

Fortunately everything interacted. The make up artists finished in time and the models looked stunning. Erich Caparas made a line to the set up photo studio and he helped the models to pose their most ”fantasy”-look in front of his camera. Both students and teachers were not only happy about the final results and their new titles as educated make up artists, but indeed blissfull too to have an acknowledged photographer shoot their latest work. Teacher and examinator Swanti Suwannee Sethi believes having a photo from Erich Caparas in one’s portfolio it’s a great opportunity for their career as make up artists. She wished she had the chance to work with him as well.

“The new make up artists are so lucky to have him shooting their work. It is a big deal having worked with a big name as Erich Caparas, and future employers will notice that when looking trough the portfolio to the make up artist,” she said.

Being a make up artist often requires a lot of freelance work, therefore a great portfolio can be the biggest help for getting jobs.

The Scandinavian Make Up Studio crosses their fingers to catch Erich Caparas to do the next photoshoot for their future students who will begin studying November 2015. According to the photographer himself it sounds like a good idea.

“I would love to work with Scandinavian Make Up Studio again. It has been great to be here”. 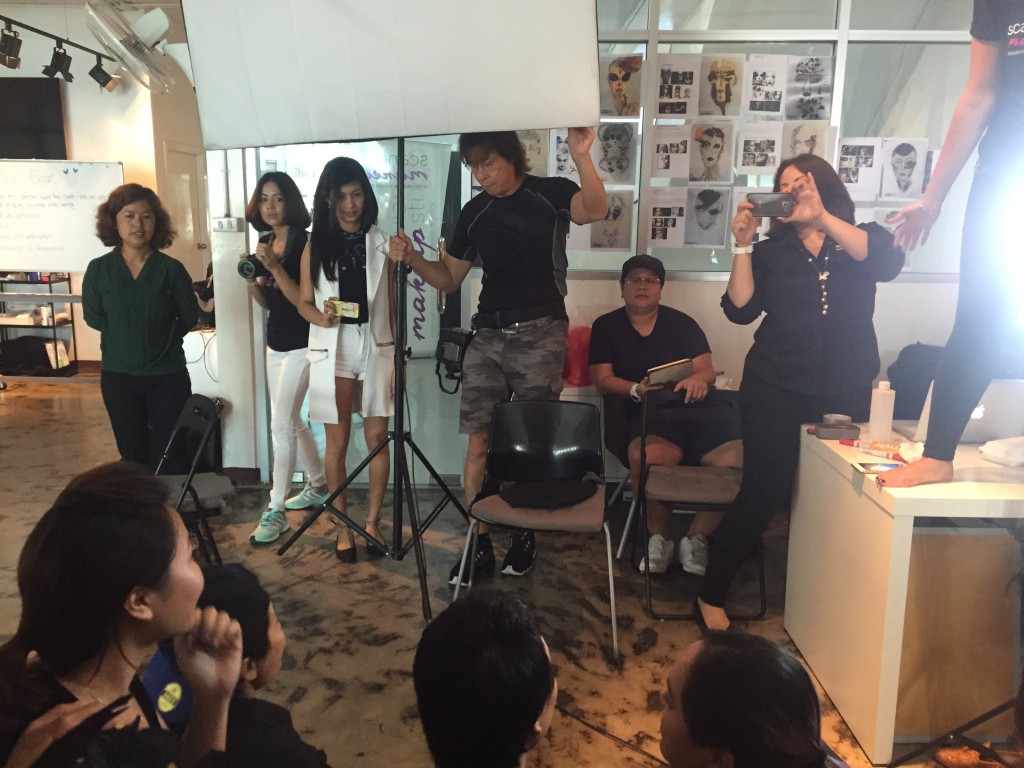