Finnair and fellow oneworld alliance members Japan Airlines and British Airways are now selling joint fares between Europe and Japan, for travel after April 1, 2014. Customers will benefit from more flexible routing options and the ability to mix and match flights on all three carriers for the most convenient scheduling and best pricing. 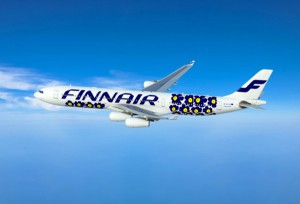 Currently, Finnair flies daily from Helsinki to Tokyo and five times per week (daily in summer) to Osaka and Nagoya, connecting Japan to more than 50 Finnair destinations in Europe. Japan Airlines and British Airways are increasing their scheduled services between Japan and Europe this summer, as well as improving timings of the flights.

From May, two additional weekly services means British Airways will fly twice daily to Tokyo with daily flights to both Haneda and Narita airports, and Japan Airlines will launch new day-time nonstop flights from March 30, 2014, between Haneda and London.