The future of learning. Quantum physics is usually something older kids learn about while sitting bored and distracted in a classroom, but with their new game, Big Bang Legends, Finnish start-up Lightneer hopes to change that. In fact, they want to teach kids as young as age 5 about quarks, protons and the periodic table.

Calling it the coolest science learning game on the planet, Lightneer launched their iPhone game, Big Bang Legends, in Singapore on 23 March 2017. “Finland and Singapore are world leaders in education and technology, both top the global PISA scores, but with wholly different mindsets. It’s great to launch our first game in Singapore bringing the two leaders together,” says Peter Vesterbacka, Co-Fournder of Lightneer.

Lightneer is a Finnish start-up founded in 2015 by Lauri Järvilehto and Lauri Konttori, who were previously working with Rovio Entertainment, mostly known for the popular and very addictive game, Angry Birds. They started Lightneer with the hope of making learning and education more engaging and accessible, saying that 25 percent of school kids are bored to death. They believe learning games is the new way to go. 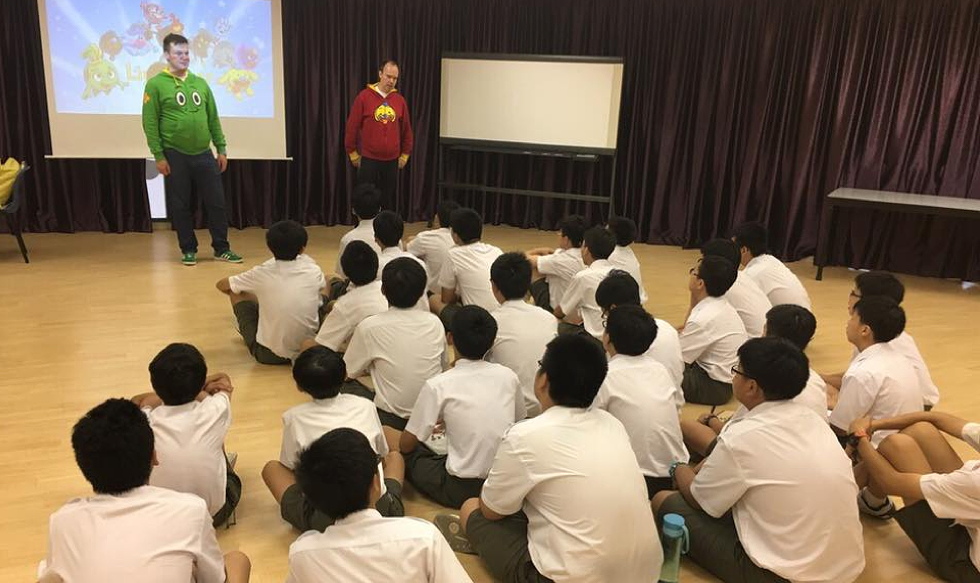 Big Bang Legends is the first game launched by Lightneer and a part of their global learning revolution. By solving puzzles and getting through mazes, various kinds of antimatter monsters and collecting rewards, kids become more familiar with the periodic table. So far the kids can collect and upgrade 118 characters, called Atom Heroes, who all have special superpower and teaches kids about the element names and symbols.

Launching the game in Singapore, Lightneer had invited students and their teachers to come and try out the game. The kids were quickly fascinated and excited by, some even calling the game addicting.

For now, the game is only available on Apple devices in Finland and Singapore, but the founders hope it will soon be available on other markets, as well as for Android devices.