On Tuesday morning 20 September 2016 the global start-up movement Slush from Finland finally saw its debut in Singapore, with the main stage titled the ‘Future Stage – a Window Into Tomorrow’, with themes intending to show what the world could look like in ten years from now.

After the opening show Anna Ratala, Head of Slush Singapore, took to the stage to let the attending representatives of the movement – now also being built in Singapore in the same fashion how it started back in Helsinki in 2008 – how exciting it was for all parties to be able to launch Slush also into Southeast Asia and to build many good things for start-ups and future entrepreneurs. Then, one of the co-founders of Slush, Peter Vesterbacka introduced the idea behind the Global Slush Community and how it had all started back in Finland.

Peter, who has founded and been active within start-up companies for years, told the story of he how had held a talk at a Finnish university on that it is O.K to be an entrepreneur. The Finns are very modest so it would open up the mind-set and acceptance by saying that. But when the 600 students were asked how many of them would like to be an entrepreneur in their career only 3 raised their hands. 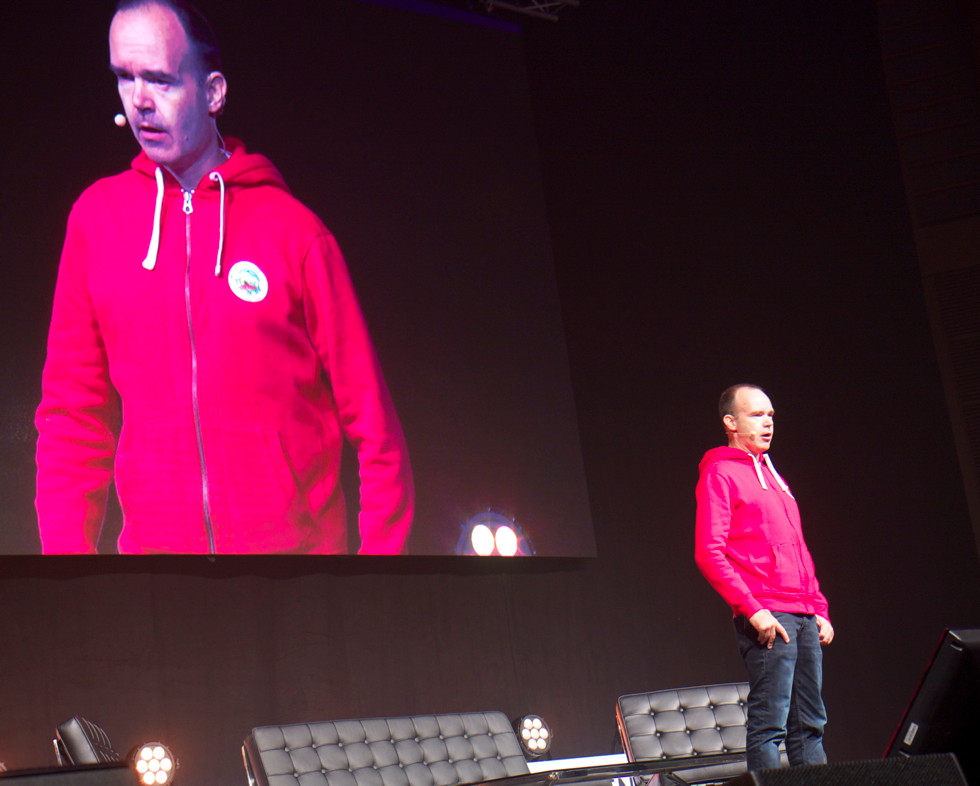 “That is a disaster, the future of Finland is at stake,” Peter and his colleagues had concluded and decided that something had to be done. That is how Slush was born to create events and getting together to talk about start-ups and ideas and entrepreneurship.

“First you think you are crazy wanting to do a start-up, but then you discover, through the movement, that there are also other people with ideas for start-ups. And then you begin to accept that it is O.K. to go for it.”

Describing the incredible growth of the Slush movement Peter continued: “It is not Silicon Valley – we wanted to make that very clear. What we are building something that is much better, because it is different. That is why it’s called Slush.”

“I express a big thank you to all volunteers. This has always been the case: by the community for the community, by entrepreneurs for entrepreneurs, by start-ups for start-ups; a massive educational movement if you like. In Finland we grew from 200 people in 2008 to nearly 20 000,” he continued and concluded and set the goal also for Singapore: “We did a cultural revolution in that after just five years (which is really a short period of time in history) more than 50 per cent of the students raised their hands to the question if would like to become and entrepreneur. And this was not accomplished by the government, but by young people. It’s the bottoms up grass movement that can change the world and make it sustainable. When the deputy Prime Minister of Singapore is asked five years from now how he made it happen I hope he answers just like the Finnish Prime Minister did: ‘I don’t know. It’s the young people made it happen.”

Later during the Slush day a conversation between Anna Ratala and Peter Vesterbacka was also broadcasted live on the Internet, also as a breakfast show for those back in Finland, from the cosy live stage resembling a cosy, local coffee shop. 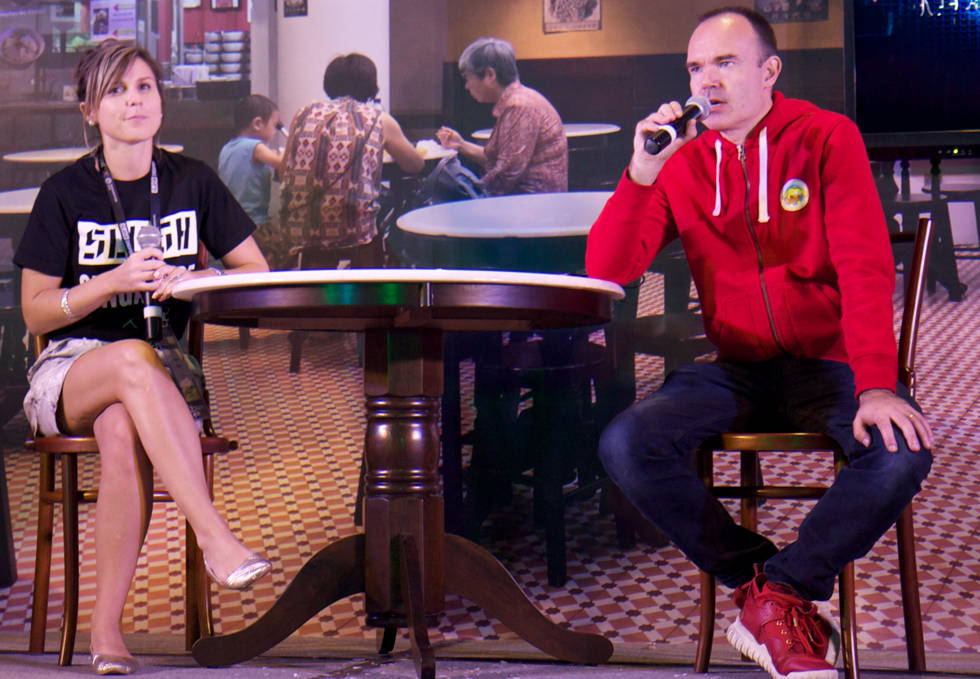 There, Anna praised how in a “start-up start” Slush Singapore had been put together in just 101 days, thanks to entrepreneurs, students and fresh graduates; including all the way from Finland as well, and from other countries in Southeast Asia.

“We are so proud to land this grounds-up movement in Singapore and would like to grow more. And we are looking forward to bridging European and Singaporean start-ups and start-ups in Southeast Asia via Singapore.”

Peter reiterated: “It’s always about bringing people together and a good thing to realise that ere are other crazy people than yourself! It’s perfectly O.K to be an entrepreneur!”

It’s not an easy task to be an entrepreneur. But it’s not all about success there are some many start-ups not yet on the magazines. Failure and making mistakes are also a part of the journey and nothing to be afraid of but to embrace. You can still make it even though it is not easy!” added Anna.

“Sharing experiences helps; it’s good to hear also about not so successful entrepreneurs, and learn from that and avoid doing the same failure yourself,” Peter filled in.

One other presentation that drew a lot of interest was when Hugh Mason from JFDI, Co-Founder and CEO for Singapore’s very first accelerator outlined their efforts so far, the reasons for the many start-up failures, and the new novel path ahead for JFDI, a new model he hope would also become accepted more broadly in the future. The accelerator had just announced closing its start-up boot camp programme in Singapore prior to Slush Singapore.

JFDI now has shifted from accelerating independent start-ups to working with corporations and create new businesses, where a big part is collaborative innovation.

Most failures among Singapore’s start-ups are due to not having found a customer with a problem worth solving, he said.

And: “With the eco system in Asia developing into the next stage you need people around you who have done it before.”

Hugh also highlighted the fact that with 570% forecasted growth in Asia for the next 20 years we are sitting here in Asia in what must be seen as the most interesting region.”

“But we have a fragmented diverse region in Southeast Asia and to become scale-ups we have to have something else.”

Finland and Helsinki comes to Singapore