Danish modern jazz and pop singer Malene Mortensen is back in Thailand! She performed a short “warm-up” concert on Thursday 22 June at Sofitel Bangkok Sukhumvit, before heading to Hua Hin International Jazz Festival 2017 and her concert there on Saturday 24 June. The concert was held in the French lounge-style venue L’Appart in celebration of the World Music Day well known as “La Fête de La Musique 2017”.

As she posed for a photograph she told ScandAsia that she had been in Thailand many times before. No wonder, given Thailand, and the record label and event organizer Hitman Jazz’s love affair with Scandinavian, and Danish in particular, jazz! 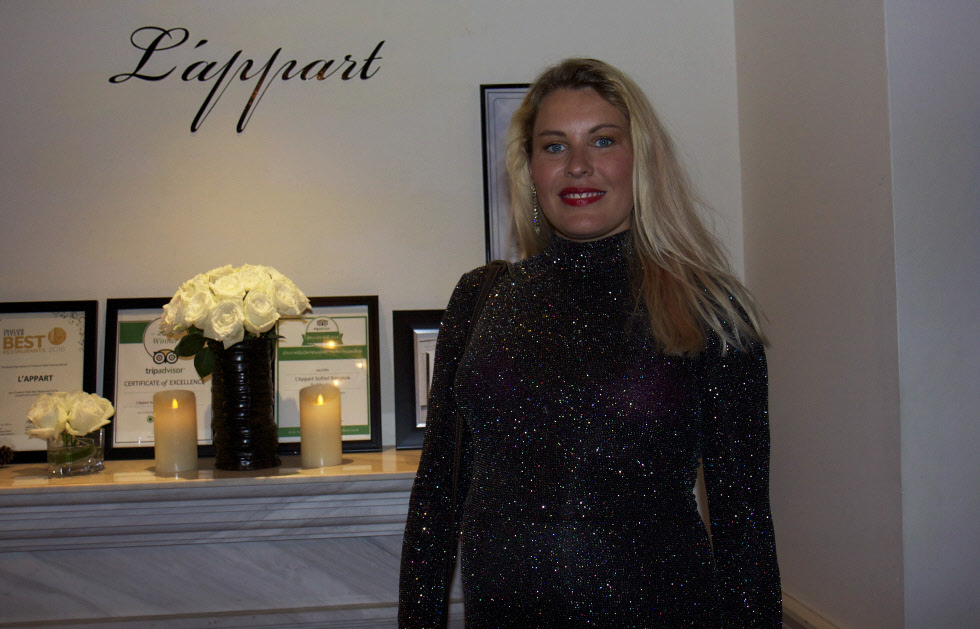 The evening started with female disc jockey DJ Jessie before Malene took to the microphone just around 9 pm with a keyboardist as her “band” for the night while the World Class Pop up Bar offered two exciting cocktail concoctions for the special event.

Malene started off with her own track ‘Desperado’ and also performed ‘Another Day’ as well as the title track of the in Thailand released album ‘You belong to me’. This album, released in June 2016 in Thailand, included Thai musician Koh Mr.Saxman on saxophone!

And as she was singing “dance with me” in another tune, she invited a senior man, most likely a Dane, to dance with her! She then said, when it was time to play a song written by the late His Majesty the King Bhumibol Adulyadej Rama 9 of Thailand, that she was honoured to be asked to do saw. The performance of this beautiful melody was welcome with loud applause.

Saturday she performs in Hua Hin, on the beach stage at 7.15 pm and the progressive jazz band Jazzkamikaze, also from Denmark performs the same night at 10.00 pm. Hua Hin Internatinal Jazz Festival aims to become the center for jazz lovers, both Thai and people from around the world, as well as to promote the greatness of the musical compositions of the late Thai King.